Remembering Ahmad Shah Massoud's predictions for Afghanistan, Pakistan and the brutality that would come from groups like Al Qaeda and eventually, Daesh.

Last month one of the strongest and most pioneering voices of the European Union (EU), Nicole Fontaine passed away. French President Macron led the way in eulogising her spirit for a united Europe that stood out for a stable world against the oppressed.

In her obituaries and memorials, French presidents past and present also recalled the image of her welcoming the former Afghan leader, Ahmad Shah Massoud. This comes at a time when the EU is showing indifference to the plight of Afghan refugees by deporting them back to Afghanistan – which it bizarrely considers safe enough to return. This is remarkable especially since attacks in Afghanistan are at an all-time high and the government in Kabul controls at best 50 percent of the country. The security situation in the country is further complicated by the rise of Daesh in Afghanistan.

There was a time when the EU focused all its efforts on one man, Ahmad Shah Massoud. French and other EU leaders lined up to see the man when he visited the European Parliament in 2001.

In the spring of 2001, Massoud gave a clear warning of  the danger of Osama bin Laden and his band of international fighters who had held Afghanistan hostage for almost a decade in the run up to the September 11 attacks. It was a remarkable insight into how events would unfold not just in Afghanistan but also neighbouring Pakistan and the wider Middle East. Almost seventeen years later events unfolding from the Middle East and across Pakistan possess an eerie accuracy as forewarned by the man dubbed the ‘Lion of Panjshir’.

The Massoud we know

A lot has been written on Ahmad Shah Massoud in English and French, with writers like Sandy Gall and Peter Tomsen providing firsthand accounts of their time spent with Massoud’s fighters during the heyday of the Afghan resistance against the Soviet invasion.

Massoud's military tactics—that successfully fought off five major Soviet offensives—are now studied in most Western military academies on how to fight a successful guerilla campaign. His fight against the Taliban is also well-documented by the likes of Ahmed Rashid. His poetry and French language skills have also always made him a favorite of Western writers on Afghanistan. Yet there are a lot myths and perceptions that have held sway over many observers in the region beyond Afghanistan.

He has always been accused by the Pakistanis of being pro-Indian, to the extent the former military dictator and then-President Pervez Musharraf objected to having pictures of Ahmad Shah Massoud around Kabul. Musharraf famously called Massoud ‘the enemy of Pakhtuns’.

The Pakistanis also convinced the Saudis that Massoud was pro-American and therefore could not be fully trusted.

Similarly, Arab countries and fighters involved in Afghanistan always accused Massoud of being pro-Iranian and being against Sunni political Islam. The assassination of Massoud was carried out by the most extreme elements of the Arab contingent that opposed Massoud, i.e. Al Qaeda.

In reality, many of the allegations levelled at Massoud were completely baseless and a result of a careful engineering carried out by a particular set of Afghan analysts in the United States and Pakistan.

The reality on the ground

Ahmad Shah Massoud’s assassins were closely linked to 9/11 and indeed after more than a decade the same core group was behind the terrorist bombings in Paris in November 2015 that was linked to Daesh.

Massoud had not just predicted that spectacular attacks like 9/11 would happen - but a major concern of his was of the extreme barbarity that the so-called Arab mujahideen had unleashed in Afghanistan throughout the 1980s, was an indication of the coming brutality of groups like Daesh.

It is widely accepted that the Saudis, Egyptians and Pakistani intelligence services along with the CIA funded and trained the Afghan fighters against the Soviet army. What is less widely known or appreciated is that the majority of the Arab fighters going to fight in Afghanistan were not merely altruistically inclined intent on liberating the poor Afghans – in fact they were the worst kind of criminals who had used political Islam to justify violence in states like Algeria, Egypt and Syria.

The Saudis themselves had an extremist problem leading to the siege of the Grand Mosque in Mecca. This incident is now conveniently used by Crown Prince Mohammed Bin Salman as the turning point for extremism in Saudi Arabia.

The Arab fighters pouring into Afghanistan brought with them a harsh version of Wahhabi Islam which was even too extreme for the traditionally conservative Afghan Islam. However even within the Arab fighters there was a schism which led to the eventual assassination of Abdullah Azzam, the leader of all Arab fighters in Afghanistan.

Abdullah Azzam is now seen as the godfather of many Islamic groups from Gaza to Syria through to Indonesia. He was either assassinated by bin Laden or some of the more extreme Egyptians. But the main context with regards to this article is not Azzam but what he thought of Ahmad Shah Massoud.

Azzam travelled to Panjshir to put the rumors to rest that Massoud was a communist and not a "good Muslim" and in bed with the Soviets.

Azzam came to the conclusion that Massoud was not against Islam nor was he an agent of the Iranians. The fact the spiritual leader of all modern Arab Islamic political movements thought that Massoud was in the right and that Bin Laden was wrong, was a marker of things to come. Both Massoud and Azzam were blown up whilst bin Laden’s followers multiplied and shifted from the Afghan-Pakistani border to Syria and Iraq.

Massoud was an Afghan nationalist first and foremost. He was against any foreign interference whether it was from Iran, Pakistan or the US. He had a complicated relationship with Iran and certainly was not in favour of American boots on the ground. He would not have approved of current American policies in Afghanistan.

Massoud had publicly thanked the people and the nation of Pakistan many times for their support of the Afghan resistance. His main criticism of Pakistan was the ISI and Pakistan's support of the Taliban which he had said would one day endanger Pakistan – and it certainly did and now even the most ardent supporters of the Taliban in Pakistan question Pakistan’s involvement in Afghanistan. The Pakistan Army is now adamant it no longer supports the idea of jihad unless it is state sponsored.

Similarly, the damage Massoud predicted led Pakistan to the brink of civil strife and more than 60,000 dead as a result of its involvement in Afghanistan.

On the question of bin Laden hiding in Pakistan, Massoud predicted this in 2001, and his protege Amrullah Saleh pinpointed Osama hiding between Abbottabad and Haripur – again proven correct ten years later.

Massoud’s biggest legacy remains his belief that those groups that came to Afghanistan under the guise of holy war would one day return to their respective countries and cause havoc.

He certainly did not endorse the use of Afghanistan for other’s intelligence aims. He was given minimal support from the Americans and the Saudis. Today the Saudis themselves admit that they acted on the request of the Americans.

Massoud’s enemies seem to be waging a war to this day as was evident in the Paris attacks of 2015. The biggest casualty was the moderate version of political Islam that did not seek to impose its will on the people – this is the same struggle that we see in Egypt, Syria, Pakistan and Algeria.

All these respective insurgencies struggle with the same legacy i.e. the sense of legitimacy of revolution in the face of an increasingly violent extremism.

The things that ironically the former Pakistan Army Chief of Staff, General Raheel Sharif now talks about as the head of the Saudi led "Islamic NATO" were first predicted by Ahmad Shah Massoud - the very man the United States and Pakistan did not support in the 1980s.

In a twist of fate the Pakistanis now distrust the Americans and see Putin and the Russians as a future security partner and again Putin warned of the contemporary dangers beginning with the assassination of Massoud.

Perhaps Massoud’s biggest success was turning the Russians into allies after stopping them in the Panjshir Valley. He predicted that one day Pakistan would follow suit and it seems to be unfolding as we speak. 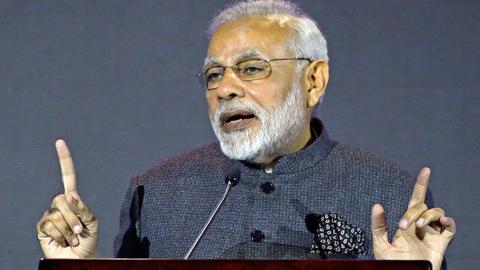