Bangladesh risks becoming the next India without surplus vaccines

1
Far-right extremism in the US: New tools, old challenges
2
The limits of Pakistan's strategic pivot to geoeconomics
3
Modi’s popularity is at stake as India prepares for state polls
4
Starving for dignity in Israeli prisons
5
Strongman's weakness: The mystery behind 'Modi assassination plots'

Vaccine supply in the developing world is a global issue, and countries with excess doses hold the key to the world’s unlocking.

With the shock of India’s ongoing Covid-19 crisis, we should focus on ensuring that there isn’t another similar case. That means that vaccination efforts must speed up, not slow down, particularly in developing and middle-income countries.

Worryingly, vaccination efforts have been disrupted by India’s second wave.

About 30 percent of exported vaccine doses are produced in India, but the world’s largest democracy has now understandably banned vaccine exports. This means that Bangladesh will only be receiving a third of the vaccines it has ordered from India’s Serum Institute, and the 1.6 million Bangladeshis who have taken the first dose of the AstraZeneca vaccine may now go without a second dose.

This can only be fixed in the short-term by countries with excess vaccines, such as the US and UK, sharing their vaccine stocks.

This was Bangladesh’s plea recently, when the Minister of Foreign Affairs told ITV news "If the [UK] government tries, they can do it, because they have the capacity... I’m not asking for too much, I’m only asking for 1.6 million AstraZeneca doses".

The UK government response was negative, pointing out that the UK has already devoted £548 million ($775 million) to the COVAX programme, which has already provided vaccines to over 70 lower-income countries.

This sounds impressive, but it misses one crucial point: the COVAX programme is not working.

It is the COVAX programme that has been hit hard by the Indian export ban. COVAX was supposed to be the scheme that vaccinated the developing world. As it stands, 0.2 percent of the 700 million vaccine doses administered globally have been in low-income countries, compared with the 87 percent that have been administered in high or middle-income countries.

This is because COVAX is struggling financially, and would need $3.2 billion to meet its 2021 goals. It has also been affected by bumpy international supply chains, and faces the challenge of high-income countries circumventing the COVAX programme to secure vaccines for their own citizens.

Whilst Britain’s contribution to the COVAX programme is commendable, it will not help Bangladesh because COVAX relies on the same broken supply chains that caused this vaccine shortage in the first place.

Theoretically, the virus may spread through Bangladesh in the same way it has spread through India. There are many similarities between the two countries and their populations: Bangladesh’s economy, like India’s, cannot be shut down. 89 percent of the total jobs in Bangladesh are informal.

Similarly, both countries have high population densities, especially in urban areas. Bangladesh’s capital, Dhaka, is the most densely populated city in the world.

The combination of densely populated cities with workers who cannot work from home and a new variant could be just as, if not more deadly, than it has been in India.

The final parallel in both countries’ vulnerabilities is in healthcare infrastructure. India spends 1.28 percent of GDP on healthcare, and Bangladesh ranks similarly low at 2.38 percent. The shortage of medical oxygen could be even more acute in Bangladesh given that it imports from India for a major portion of its oxygen supply.

What’s more, Bangladesh is heading into monsoon season, where 80 percent of the year’s rainfall occurs in approximately two months. This could result in a double-headed public health catastrophe in a country that is uniquely susceptible to natural disasters like floods.

So far Bangladesh has fared well dealing with the Covid-19 crisis with a very rudimentary health infrastructure, supported by its massive digitisation and innovative interventions from government platforms such as the Access to Information Programme (a2i).

But the vaccination shortage is a problem that needs global support.

This is not just Bangladesh’s problem, it’s the world's problem, as we have learned repeatedly throughout the pandemic. Just as the Indian variant is threatening the prospects of re-opening the economy in the UK, a similarly deadly mutation could just as easily pop up in Bangladesh.

The UK and the US have vaccines to spare - and they should share them. According to current predictions, the US will be sitting on between 500 million and 1 billion surplus vaccines by September. The UK similarly is on track to have a surplus of 100 million vaccines, and has already vaccinated over 50 percent of its population. In order to distribute a second dose to those due one, Bangladesh needs only 1.6 million doses.

Bangladesh has a population of 163 million, meaning there are 163 million chances for the virus to mutate. If countries like the US and the UK do not channel surplus doses to those countries who need them, the global vaccination effort - and the world’s unlocking - could be in jeopardy. Ashfaq Zaman is Director of the Dhaka Forum and co-founder of CNI News. 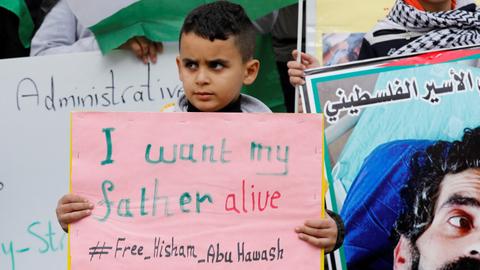 1
Far-right extremism in the US: New tools, old challenges
2
The limits of Pakistan's strategic pivot to geoeconomics
3
Modi’s popularity is at stake as India prepares for state polls
4
Starving for dignity in Israeli prisons
5
Strongman's weakness: The mystery behind 'Modi assassination plots'