Did the attempted coup derail the Turkish economy?

1
Impending US retreat from Afghanistan is already raising alarm
2
How Biden can stabilise the Balkans
3
Joe Biden’s effect on Saudi Arabia’s MBS
4
Israel does not spare Gaza from strikes, even in Ramadan
5
The evolving relationship between Turkey and the Arab world

The Turkish economy rebounded strongly after the failed July 15 coup due to strong government intervention. Now the impact is being felt on the wider economy. Many hope that the post election period will bring about lasting economic stability.

Two years ago, on the 15 of July 2016, Turkey successfully countered an attempted coup by a faction within the Turkish armed forces mostly due to the people who took to the streets and prevented the democratic order from being overthrown. The coup attempt left at least 250 dead and more than 2,000 people injured but by the end of the night, the government had taken back full control.

While most analysts have focused on the political and security consequences of the attempted upheaval, it is equally important after 2 years to examine its impact on Turkey’s economy, especially at a time when the Turkish economy is under increasing scrutiny.

On the 18 of July following the attempted takeover, markets opened without leading to any major speculation over Turkish assets as a result of the failed coup. However, most people claimed that the perception of political instability and the government’s reaction may have an adverse impact on macroeconomic stability in the long run. Some even went on to say that most of Turkey’s problems today started with the coup attempt in 2016.

The first symptom to check in an emerging market is of course the economic growth rate. Turkey’s GDP per capita shrank by 1.3 percent in the third quarter of 2016 for the first time since the 2008 global financial crisis, mostly as a reaction to uncertainty around the attempted coup. However, this effect was reversed in the last quarter of the same year with a 3.5 percent growth rate. Additionally, Turkey became one of the fastest growing countries of 2017, with an annual growth rate of 7.4 percent. This unexpected growth performance continued in the first quarter of 2018, in which Turkey again grew by about 7.4 percent.

For some, this growth rate has not been reassuring that Turkey is not in trouble. Analysts, including Turkey’s finance minister Mehmet Simsek, have pointed out that Turkey’s growth performance has been dependent on domestic-consumption mostly financed through external debts.

After the attempted coup, Turkey, in order to counter potential side effects extended cheaper credit lines to companies and provided tax breaks to households, which increased spending on everything from consumption to investments. But, the fast growth was mainly driven by domestic consumption at a time when inflation was at its highest level since 2003, raising alarm bells for the markets.

The question is how deep are Turkey’s debt problems. By the end of 2017, Turkey’s public debt to GDP ratio was 28.3 percent, same as 2016, which shows that there has not been a deterioration in the public finances during the post-coup period. Nor is Turkey's public debt anywhere near a precarious position.

The Maastricht convergence criteria states that government debt to GDP ratio should be no more than 60 percent, a high threshold that Turkey is not in danger of breaching. Average public debt to GDP ratio in the Euro area is 86.7 percent so Turkey is in a much better position than most OECD and EU countries.

However, according to some analysts, the real problem is private debts, most of which is guaranteed by the government. Turkey’s external debt to GDP ratio is 53.2 percent, having increased for its sixth consecutive year. Moreover, there seems to be an even steeper trend of growing indebtedness in the post-coup period.

Accompanied by the appreciation of the dollar as a reaction to the Federal Reserve monetary tightening in the same period, Turkey’s growing external debt is deemed as increasingly problematic by analysts. It is even speculated in the international media that this process may lead to an economic downturn down the road.

It is not easy to say how much debt is too much but Turkey’s debt to GDP ratio, even when private debts are included, it's still much less than most other developed economies. To give a few examples the total external debt to GDP ratio is 313.4 percent in the UK, 140.5 percent in Germany, 98.1 percent in the US and 65.3 percent in Malaysia. So, it is difficult to make a case for a debt crisis in Turkey’s case. Also, Turkey is in a much better position with its central bank reserves reaching $107 billion providing a significant cushion to any potential downturn.

However, there is still a case for increasing risks in the aftermath of the July 15 coup attempt for Turkey. In particular, Turkey’s current account deficit as a share of GDP has jumped from 3.8 percent in 2016 to 5.6 percent in 2017. This is partly due to expansionary policies following the coup attempt but the main contributor to this trend was the increase in energy prices in 2017, Turkey relies heavily on imports to meet its energy needs. One way or another, if Turkey cannot solve its long known account deficit problem, growing indebtedness of the private sector accompanied with high inflation may eventually lead to a financial deadlock for Turkey.

Therefore, it is not the current stock of debts but rather the trend that is worrying for Turkey in the post-coup attempt period. The government took measures to keep the country on its long-run high growth trajectory and succeeded to accomplish its target, but this led to a growing current account deficit and gross external indebtedness. Given the changing nature of the global economy (e.g. appreciation of dollar), the ongoing trend of high growth driven by rising debt is increasingly problematic for Turkey but the risks involved with Turkey’s current status is also largely overhyped by the international media.

Overall, it is up to Turkey to reverse this trend through reforms in favour of high-value-added exports, a higher domestic savings rate, energy independency and more. The government conducted a good job in avoiding the negative effects of the coup attempt in the short-run. Now, it is time to bring the country back to its stable path and focus on long-run reforms. 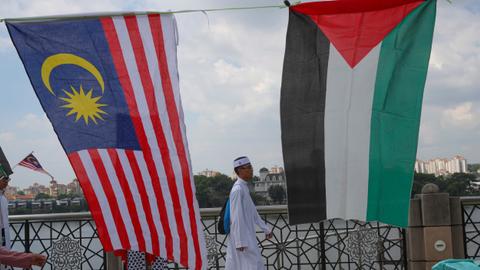 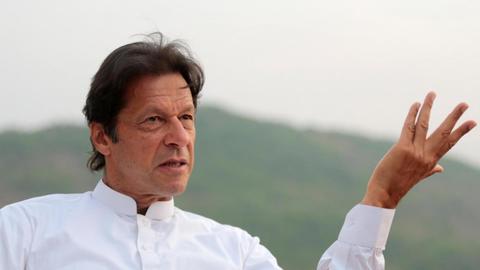 1
Impending US retreat from Afghanistan is already raising alarm
2
How Biden can stabilise the Balkans
3
Joe Biden’s effect on Saudi Arabia’s MBS
4
Israel does not spare Gaza from strikes, even in Ramadan
5
The evolving relationship between Turkey and the Arab world