Why are Muslim countries in the Gulf silent over the crackdown and abrogation of Article 370 in Jammu and Kashmir?

India’s constitution granted the Muslim-majority state of Jammu and Kashmir a special autonomy status for over seven decades. Yet earlier this month, the Rajya Sabha and the Lok Sabha (the two houses in India’s parliament) effectively scrapped Article 370, ending Kashmir’s autonomy and permitting non-Kashmiri Indians to migrate to the region, purchase land, and open businesses.

Many Kashmiris are worried that their remaining hopes for living with autonomy—or perhaps one day independence—from India’s central government are now dashed.

The Indian government’s actions have subjected New Delhi to strong condemnation from human rights groups, such as Amnesty International (AI), which called on the UN Security to intervene in defence of the people of Kashmir.

Kumi Naidoo, AI’s secretary-general, stated: “The actions of the Indian government have thrown ordinary people's lives into turmoil, subjecting them to unnecessary pain and distress on top of the years of human rights violations they have already endured.”

Since violence erupted in Kashmir decades ago amid resistance to Indian rule, the locals have paid a major price with tens of thousands of deaths. Meanwhile, the Indian government’s narrative focuses on the Kashmir crisis with an eye on radicalisation in the area and its disastrous economic conditions – to be addressed through increasing investment in Kashmir and opening its economy to achieve significant growth.

Yet many Kashmiris see a dark agenda in the equation. Hameeda Nayeem, a professor at Kashmir University, said: Indian officials “are actually hiding a dark Hindu fantasy of destroying Kashmiri Muslims, and reducing them to a minuscule minority so that they can always rule them and they will be enslaved.”

In Pakistan and elsewhere, much rage has followed the Indian government’s decisions to strip Kashmir of its autonomy, impose a communications blackout in the region, and wage a crackdown.

Reportedly, since Modi’s government made its decision, there have been 4,000 arrests under India’s Public Safety Act, which permits authorities to detain without charging an individual for a maximum of two years.

A muted response from Arab states

Due to this month’s developments in India-administered Kashmir, the Pakistani leadership has sought to shore up support from countries throughout the wider Muslim world. Thus far, Turkey’s government and some clerical figures in Iran have condemned India’s actions, but the Arab world’s leaders are not coming to Pakistan’s defence.

Among the Persian Gulf’s Arabian sheikdoms—where India has extremely deep historical, economic, and socio-cultural links—Islamabad has not received support. To the contrary, some Gulf Cooperation Council (GCC) member-states have essentially taken ‘pro-India’ stances on this escalating crisis in Kashmir.

In response to New Delhi’s tightening grip over India-administered Kashmir, Saudi Arabia’s leadership called on both India and Pakistan to de-escalate and for cooler heads to prevail, which is indeed an outcome that the entire world desires given that any nightmarish war between the two states could go nuclear.

Yet Riyadh did not directly condemn India’s government for actions that have fueled anger in Pakistan and other Muslim countries/communities worldwide. Kuwait, Oman, and Qatar have refrained from issuing public states concerning volatility in Kashmir.

On August 18, officials in New Delhi announced Prime Minister Narendra Modi’s plan to travel to the UAE, which plans to grant him the “Order of Zayed” (the country’s highest civilian award) after Modi’s arrival in the Emirates today.

Beyond hosting Modi, the UAE’s ambassador to India, Ahmed al Banna, told the Dubai-based newspaper Gulf News that the situation in Kashmir is an “internal matter”, ultimately to say that the Indian government is acting within its own sovereign rights despite the international dispute over the area.

The Emirati diplomat also stated that recent developments in Kashmir “would improve social justice and security ... and further stability and peace.”

Following Modi’s visit to the Emirates, the Indian leader will visit Bahrain on August 26 as the first sitting prime minister to do so, marking a watershed in the deep and multifaceted relationship between Bahrain and India. These close bilateral ties have been profoundly shaped by the Indian community’s role in Bahrain’s society and economy, much like Indian expatriates’ substantial and important presence in other Arabian monarchies.

Throughout the Arabian Peninsula, there are 7 million Indian expats who play major roles in the GCC states’ economic sectors from construction to transportation, medicine to education, and many others.

While many analysts have attributed the GCC states’ lack of support for Pakistan amid this situation to the fact that the GCC’s annual trade with India is to the tune of 100 billion, there is more at stake than economics alone.

Among the Arab Gulf states, there is a general belief that India is a largely benign power and that its geopolitical ascendancy in the 21st century would serve their interests in a world that is growing increasingly multipolar.

Although India has not taken steps to demonstrate a major interest in—or perhaps capacity to carry out—a more pronounced role in the Gulf’s security landscape as an increasingly important player in the global economy and geopolitical arena, GCC states would welcome such a development.

As Walter Russell Mead wrote in his Wall Street Journal opinion piece, “As a growing market for Arab oil and gas, as a source of highly trained and competent personnel, and as a friendly country with a powerful military and a strong interest in geopolitical stability, India is a valuable neighbor in a dangerous part of the world.”

Thus, although certain statements, as well as the lack of a response, from the GCC states are illustrative of the extent to which Arab Gulf states value their deep and multisided bonds with India, there is no doubt that GCC officials are concerned about the tensions in Kashmir.

Violence in the land that Pakistan and India (and China) have disputed for decades has potential to play out in the Arab Gulf sheikdoms given the diversity of many communities from West Asia and the subcontinent present in all GCC states.

The recent legal action taken against a number of South Asian expats who held a protest in Bahrain that was in solidarity with Kashmir against India exemplified how real links between the Kashmir Valley and the Gulf can be a cause for grave concern from a security standpoint. With the Pakistani Prime Minister stating that he refuses to talk to Indian officials regarding Kashmir, not only the GCC states but also governments worldwide, are justifiably worried about the potential consequences of Article 370’s abrogation that could play out in the Gulf. 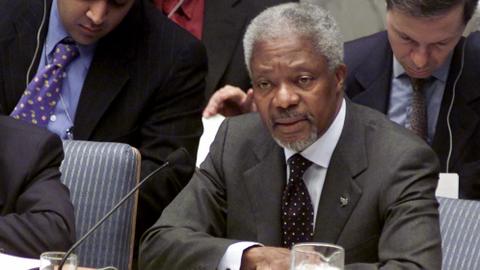 Revisiting the UN Mapping Report on the DRC, a decade later 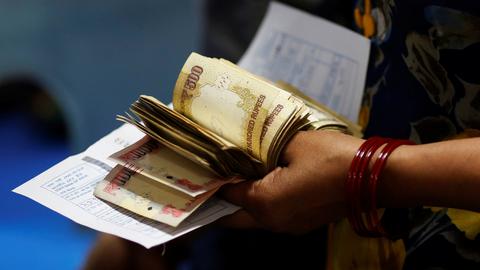