Prince Mohammed bin Salman may walk away unscathed, while Jamal Khashoggi, innocent critic and journalist is now confirmed dead. It remains to be seen whether he will be able to distance himself from a fiasco the world is convinced he masterminded.

In completely unsurprising news, Saudi Arabia has finally come (partially) clean and admitted that missing Washington Post columnist, Jamal Khashoggi, was actually killed in their Istanbul consulate more than a fortnight ago now. According to official Saudi news, Khashoggi got into an altercation with the people who met him inside the consulate which ended in a fistfight that killed the journalist. Ahmad al-Assiri, the deputy chief of the General Intelligence Directorate has been sacked as has Crown Prince Mohammed bin Salman’s (MBS) aide Saud al-Qahtani, a man who himself said he neither speaks nor acts with the Crown Prince's say-so.

Despite this admission, the facts still do not add up, and there are clearly other issues afoot that prompted Riyadh’s confession.

Firstly, Khashoggi was heavily outnumbered in this apparent scuffle gone south. Men who are almost 60-years-old and who have spent most of their lives behind a desk are not normally intimidating physical specimens, and 15 men could have easily subdued him, let alone the fact that some of that number included special forces operatives. I find it hard to believe that trained killers could not subdue or otherwise knockout what amounts to a writer who was close to pension age.

The Saudi communique suggests that this was a heated altercation that simply went horribly wrong, and was not in any way premeditated. But how can that be? It is likely that they wanted to rendition Khashoggi back to Saudi after he had turned dissident, and I believe that the original intent was not necessarily to kill him, but to be prepared in case it came to that. After all, why would a Saudi forensics expert turn up in Istanbul with a bone saw if not to use that tool to hide a body? However, I do not for a single second believe that a crack team of 15 Saudi operatives with a medical expert on hand just happened to be at the consulate, started casually talking with Khashoggi about politics, only for it to break out into a deadly brawl involving a tool of dismemberment.

Even if that were the case, where is Khashoggi’s body? Fist fights tend to leave a lot of blood, and ones that end in death will produce bodies that are swollen from the beatings, with blunt force trauma leaving tell-tale broken bones, bruises and contusions. They have never, in the history of fighting, literally left the loser pummelled into another dimension.

Of course, we can surmise that the body was disposed of and removed from the premises. After all, Riyadh did not permit for its consulate to be searched until many days after it denied that Khashoggi was even there. In fact, the Saudi authorities were almost blue in the face from how many times they said that the unfortunate journalist had actually left the consulate but the CCTV system was conveniently down. Now, with the sacking of a top aide and intelligence official (and the mysterious death in a car accident of one of Khashoggi’s suspected assailants) in relation to the murder, we are supposed to believe that MBS knew nothing about the attack.

In fact, he is so separated from the incident in the Saudi narrative, that Riyadh has appointed him to head up a committee on reform of the Kingdom’s intelligence agencies to prevent similar incidents from happening again. MBS’ control over the main power centres of the Saudi state, including the intelligence services, is undisputed and it is almost his personal harem. I am not certain exactly how dumb they think people are, but the disrespect they have shown for the intellect of the general global populace is staggering.

US response pre-planned and co-ordinated

Of course, this leaves us with US President Donald Trump’s threats of imposing severe punishment on Saudi Arabia if it came to light that anyone in the leadership had ordered Khashoggi’s slaying. What seems to be obvious is that Riyadh only admitted to Khashoggi’s death only after Secretary of State Mike Pompeo visited the House of Saud earlier this week, and therefore the entire affair seems staged.

Trump gets to show the world that he does not play any favourites, even with those wealthy Saudis who “wouldn’t last two weeks” without America, while Saudi Arabia gets to absolve its senior royals of any culpability. This has the effect of continuing Trump’s tough guy image for his domestic audience while deflecting any chance of sanctions or other punitive action against the Saudi state. The fall guys will take the fall, and it will be business as usual between Washington and Riyadh.

However, it will not be business as usual for Saudi Arabia. MBS’ flagship “Davos in the Desert” event has become a drought in the desert, as senior business personalities such as JP Morgan’s Jamie Dimon, Virgin’s Sir Richard Branson, and the IMF’s Christine Laguarde among many others have pulled out following the Khashoggi affair.

MBS will survive this ordeal, but his nose has been bloodied and his face left battered and bruised as he struggles to maintain his credibility and personal image as the locomotive force behind a new and modern Saudi Arabia. His legacy may well be that he was connected to the killing of a journalist whose body has disappeared, and whose family and friends now have no opportunity to say goodbye to at a proper and decent funeral. 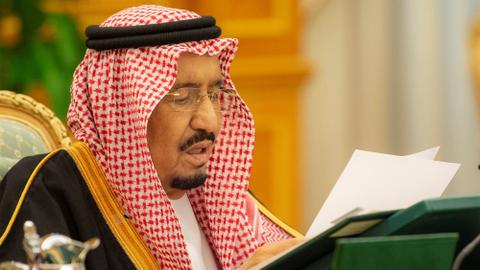