The damaging myth of Asian-Americans as a model minority

Asian-Americans are often stereotyped as a model minority that excel in math and science, but this seemingly innocous stereotype actually comes at the expense of black Americans.

Let's not get our privilege twisted: The myth of Asian-Americans as the model minority is just that, and it's a mild entitlement allowed in a country still unclear on the concept of inclusiveness.

As an Indian American woman, I was reminded of this recently when Ananya Vinay, the 2017 Scripps Howard Spelling Bee winner was "othered" during an interview.

CNN's Alisyn Camerota joked about the made-up word "covfefe" when she incorrectly surmised the 12-year-old champ wouldn't be familiar with it because "it's root is not in Sanskrit, which is what you're probably used to using."

Seriously? Indians at home and throughout the diaspora speak English.

So while Asian-Americans work under the perception of a model minority, used to describe academic success, specifically math and science, and elite status also linked to income, I'm here to tell you this is a lie. This stereotype robs Asian-Americans of complexity as individuals, including income, social support and access. We are not all alike.

"Although sometimes thought of as a ‘positive stereotype,' the Model Minority Stereotype not only can place pressure on Asian-American youth to excel, but does not fully reflect the history and achievement of Asian-Americans," said Hua-Yu Sebastian Cherng, assistant professor of international education at NYU Steinhardt. "Teachers and policymakers who believe that all Asian-Americans excel can overlook the educational needs of those who need assistance."

Not long ago, Asian-Americans were lumped together as "untrustworthy Japs," during World War II until the federal government decreed otherwise. This newfound acceptability came in handy for driving a wedge between people of colour, notably providing a contrast between social and economic outcomes for Asian-Americans versus African-Americans. As such, the model minority myth is rooted in anti-blackness. We know anti-blackness kills, so the stakes in destroying this false narrative around Asian-Americans is high and can save black lives if corrected.

If we're honest about it, Asian-Americans owe a debt of gratitude to African-Americans. The civil rights movement directly impacted passage of the Immigration Act of 1965, leading to the largest influx of South Asian immigrants to the United States, for example. That same movement serves as a template for social justice movements in the US, from the women's movement to Occupy Wall Street to the Women's March of 2017. While our issues and challenges are not the same, all people of colour are marginalised in the US in varying ways. As a South Asian, I believe we must show up for black lives.

Let me let you in on a little secret. Asian-Americans often know we're benefiting from this harmful comparison to blackness. I have benefited from the model minority myth over and over again in my life, eventually causing me pain and trauma. In ninth grade, I got a D in pre-AP geometry yet, I was still promoted to pre-AP algebra II sophomore year. The only black student in that class was not. There could be a variety of reasons that student was not promoted, but I would be remiss to ignore the privilege afforded to one student and not the other in a similar situation.

Teachers who underestimate students' abilities can impact black students, Cherng's research found, positively so when teachers have high expectations, which students internalise: "Teachers underestimating their students' abilities actually causes students to have lower academic expectations of themselves, meaning that they expected they would complete less school. This was particularly harmful among black students," according to Cherng, whose findings are published in Social Science Research.

And since I'm telling the whole truth, there was a time I genuinely believed I was smarter than other people of colour and that I really was the model minority. I was good at math and science and destined to be a doctor. I'd bought into these tropes without ever critically interrogating them. Eventually, my passion for writing and literature overtook any interest I had in the sciences. But, I was Indian American, so I "had to" become a doctor and spent my college years feeling miserable. The model minority myth was so deeply ingrained, I couldn't fathom an existence where I wasn't a doctor. It took me six years to tell my mother I had no interest in medicine; I wanted to be an educator.

Asian-Americans dehumanise ourselves by failing to recognise the humanity in others. Are we really going to sit around and wait to see how long the transient privilege of being the model minority lasts? Complicity in the oppression of others isn't worth a bit of privilege to pass.

Aditi Sinha, a Dallas Public Voices Fellow, is director of leadership and diversity at Teach For America. 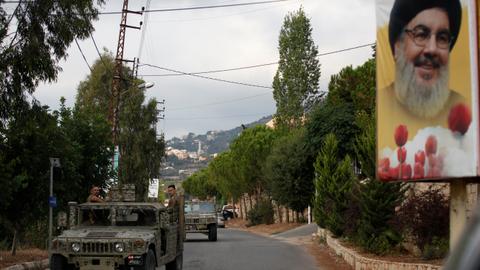 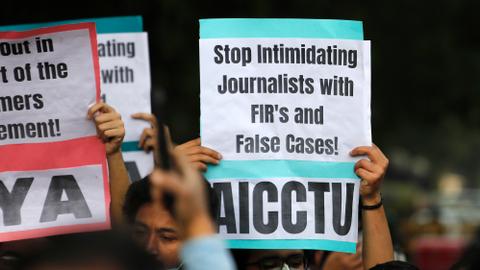