The Rabaa Story: Who created the iconic hand gesture?

What would you like to learn more about?
Related
Popular

When the Egyptian military violently cracked down on supporters of the ousted President Mohamed Morsi, killing hundreds, protestors began raising the four-fingered 'Rabaa' salute to show solidarity with the victims. The sign has now become iconic.

The fourth anniversary of the Rabaa massacre in Egypt has just passed. I was working on a video related to that tragic event, looking at the footage and photos. I became sad again, pensive even. I still cannot understand how such an event could unfold in front of our eyes, live streamed on our screens. And yet it did.

I was born in the 1980s and remember many of the events that have happened in our region. I was so young when the Bosnian tragedy happened. I saw people dying. I felt so helpless at the pain and suffering I witnessed. My generation grew up with these events. I have witnessed the suffering in Palestine and the US invasion of Iraq. Events that have left an indelible mark on me.

In 2001, I started working as a graphic designer. I have used this skill as time has passed to work on freelance projects. To help, in a small way, visualise and project people’s plight to a wider audience. Then I started working for a social media organisation that allowed me to express myself through my work. I worked on the Arab Spring, the Syrian conflict and on Turkish issues, creating awareness campaigns with other members of my team.

The Arab Spring captured the attention and hopes of the world. It showed people power could change society for the better through their own means. Events that would have taken years to unfold took days and weeks. The palatable sense of excitement in our office of change and freedom made me so eager to go into work every morning. Yet the blossoming spring turned into frost and then into a full-blown winter.

The rising tide of hope receded, culminating in the coup in Egypt on July 3, 2013. Morsi supporters resisted as best they could and, in hindsight, hopelessly so. In their thousands, they occupied the squares of Rabaa and Nahda. Tahrir Square once a centre of hope now a heap of rubble, its promise had given way to people celebrating a military takeover.

As I watched the coup unfold, I realised what awaited the innocent people. In Turkey, we have the painful memories and scars of coups gone by. The helplessness I felt was indescribable.

I remember the first meeting we arranged with our friends in Istanbul which led to many other subsequent protests. At that time, Istanbul stood in solidarity with Rabaa Square. Our hopes and their hopes had merged. Our anxiety was theirs. And their fears were ours. Working people, the young and the old stood in solidarity in our squares with the people of Rabaa. We came out and in a small way gave the people of Rabaa hope that the world would not sit and watch silently.

Alas, we in Turkey wound up occupying our squares to defend our way of life as we faced and defeated our own coup in 2016.

On that fateful day of August 14, 2013, the scene of peaceful protests in Rabaa gave way to a bloody crackdown: smouldering tents and bodies strewn across the square as the military regime unleashed mass violence on unsuspecting people. As I was going into my office hearing the news of the massacre, my mind was racing. I met my friends to think of what we could do with our limited means, given the unfolding tragedy.

We were shocked like the rest of the world that, in 2013, such an event could take place. TV channels streamed one gruesome, tragic event after the next. As the snipers killed one person after another, we began to work on spreading awareness. We organised content, animation, cartoons – anything we thought could engage the widest possible audience both in Turkish and Arabic.

During the course of this, we came up with one symbol that has more than anything encapsulated the Rabaa massacre and the wider coup. We saw people holding up the four-fingered Rabaa sign, which has become a sign of resistance against the coup. We combined the colours of the Kaaba, black, Islam’s holiest site and that of Al’Aqsa, as the sun hits the golden dome, also Islam’s third-holiest site. I worked with my co-designer Cihat Döleş. We worked tirelessly, bouncing ideas off each other to create an image that could capture people’s attention.

On the TV screens in the background we could still see the smoke rising from Egypt’s largest massacre in modern history. One woman standing alone, praying her hands in the air, defiantly standing against the coup.

When we were working on this symbol we never imagined that the Rabaa sign would spread across the world. It spread like wild fire across social media, t-shirts, flags, banners and to this day, it has become one of the most potent symbols of that fateful event. The Egyptian regime fears it.

For some time, we did not publicise our contribution towards the logo, it seemed wrong to claim. But we discovered later that some people decided to manipulate the story, and we felt compelled to defend the legacy.

This logo, for us, was dedicated to those that sought freedom. To stand in solidarity with those that with their peaceful resistance posed the most dangerous opposition to an authoritarian state. Today justice for the thousands who died that day is elusive. Many more are in prison or in exile. Their story lives in me. The hope for a better future goes on.

“It became a sign against injustice around the world.” The creator of the Rabaa logo tells us her story pic.twitter.com/bDdKxHrCTa Saliha Eren has been working as a graphic designer in the media sector for more than 15 years. She studied theology and media communication. Now living in Istanbul she works for TRT World.

Seven challenges standing in the way of Somali prosperity 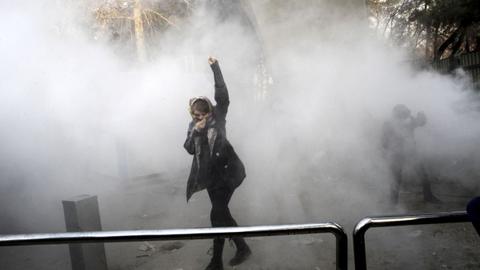 Making sense of the protests in Iran 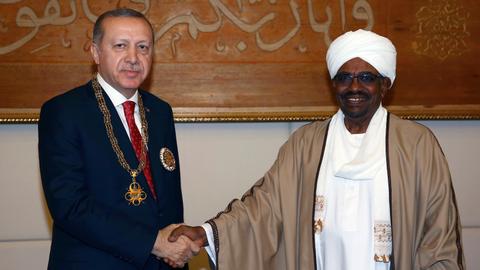 Sudan and Turkey open a new chapter in their relationship 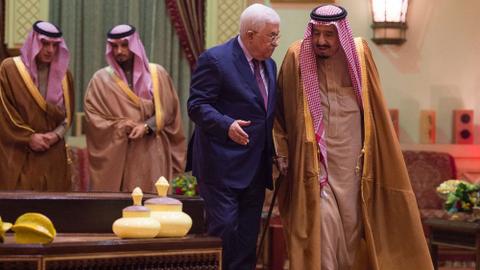