The West’s normalisation of Sisi is a huge pillar of the stranglehold he has over the lives of every Egyptian.

Today marks the 7th anniversary of the military coup that brought an end to Egypt’s brief experiment with democracy. The July 3 coup is an area of modern history that is conveniently and woefully neglected by a world that has, with a few noble exceptions, normalised and bolstered the subsequent reign of terror of the triumphant tyrant Abdel Fattah El Sisi.

In a way, it’s absurd to talk of the coup in the past tense, given it has never really ended. To this day, one could take a brief dip into the modern political scene in Egypt and only witness another instance of the escalation of the  perpetual violence that began on July 3, 2013.

Those who fail to see this do so almost entirely deliberately and maliciously.  No more is this the case with the so-called democratic West. The tone, as ever, was set by Egypt’s biggest patron, the US.

It was Obama who refused to call the removal of the democratically elected Mohamed Morsi for what it was, namely a military a coup. Obama knew that if he did so it would mean that, under US law, he’d have to stop funding the very military that had just carried out the coup.

Obama was briefly forced to pretend to care about human rights in post-coup Egypt, following the 14th of August, 2013 when Egyptian military and paramilitary forces, funded by the US and so ferociously utilising the military technologies it provides, carried out a massacre of over 1000 pro-democracy protesters at Cairo’s Rabaa and Nadha squares.

Though there was some handwringing within the Obama administration on the question of renewing military aid, the reality was that the US was simply biding its time, waiting for Sisi to ‘stabilise’ the country so that normal service – of funding Egypt as a key geopolitical ally regardless of the barbarity of the regime – could resume.

Stability, no matter how one reads it, meant the violent, murderous destruction of the entire democratic opposition,  paving the way for Sisi officially assuming the throne of the presidency.

For this unprecedented violence, the US praised and duly rewarded Sisi with uninterrupted military aid and diplomatic support.

But there’s a more viscerally ideological aspect regarding the relation of the July 3 coup to the West. One of the major ways in which the coup was globally justified in its early stages was to depict the democratically elected government as anti-western.

Supporters of the coup had, since essentially the first moment Morsi elected, sought to depict his technocratic, transitional and incrementally reformist government as dangerous Islamists whose ultimate goal was to transform Egypt into an anti-western theocracy.

‘Egypt is becoming the new Iran’, was a popular counter-revolutionary cry, while absurd stories of the ‘Islamization of Egypt’ flooded the domestic and international media.

Morsi was depicted as being ‘worse than Mubarak’ on TV stations owned by Mubarak loyalists (feloul).

To this end, figures who were popular in the West but marginal in Egypt, most notably Nobel Peace Prize-winner Mohamed ElBaradei, were recruited to the cause of subverting democracy in Egypt by poisoning the West against Morsi.

Joining him was a plethora of westernised leftists and liberals whose own conception of Egypt is based on the Egypt that Mubarak had surrendered for his own kleptocratic interests to aggressive Westernisation – the Egypt of ultra-elite shopping malls, globetrotting between Cairo and Los Angeles, Dubai, London, New York etc. A place where the Egyptian experience is largely restricted to affluent gated communities in Cairo far from the Baladi alien masses with their decidedly un-western traditions, religiosity and cultures.

They advertised to the West a so-called ‘corrective revolution’ – a restricted Egyptian democracy that circumvented the ‘Islamists’ who had won every single fair and free election since the January 25 revolution.

They knew they couldn’t win power by contesting elections, since they had insignificant domestic support; hence why simply voting Morsi out of power was rejected by the so-called ‘opposition’. He had to be removed and what he represented, namely the democratic process that led to his presidency, had to be, at the very best, severely cut down to size.

Of course, it was when the bodies started dropping in Rabaa and Nadha that ELBaradei fled in the night away from Sisi and his bloodthirsty coupist comrades – his subsequent mea culpas would be more believable if this wasn’t a man who understood the ruthlessly anti-democratic and counter-revolutionary nature of the Egyptian Armed Forces before getting into bed with them.

Similarly, there was an exodus of previously pro-coup left-liberals who realised that their feloul and military allies had no inclination for sharing power.

But they had fleetingly served their purpose. Sisi’s entire selling point to the West has been shaped by the false but mutually expedient secularist-Islamist dichotomy.

Sisi has found almost no better an ally than the European Union, which helped legitimise his fake election, and which provides him with sweetheart trade and weapons deals under the guise of him fighting 'Islamist' terrorism in the Sinai, but which has more to do with his function as a merciless policeman of ‘illegal immigrants’ trying to penetrate the walls of Fortress Europe.

None of this about making tired ‘anti-Western’ arguments, but the July 3 coup against democracy and its perceived irrelevance in Western considerations of Egypt is something that is hugely relevant to the lives of Egyptians today.

To illustrate it in the most graphic terms – when, last year, the ‘Palacegate’ protests erupted, it was with German, French and American weaponry that the regime viciously repressed the protesters. When Sisi carries out war crimes in the Sinai, he does so with US and European weaponry.

The West’s normalisation of Sisi is a huge pillar of the stranglehold that he and the kleptocracy he represents has over the lives of every Egyptian.

The Sisi regime is a bastion of backwardness, having one of the worst human rights records on earth – it is rapidly pulling Egypt deeper into a political and economic abyss.

Every totalitarian lunge backwards – every killing, every execution, every act of torture, every indefinite detention without trial and every voice viciously censored – is done so with the full and unwavering support of the democratic West. 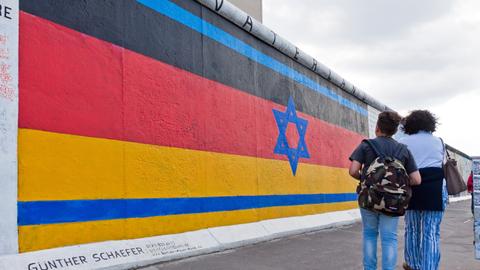 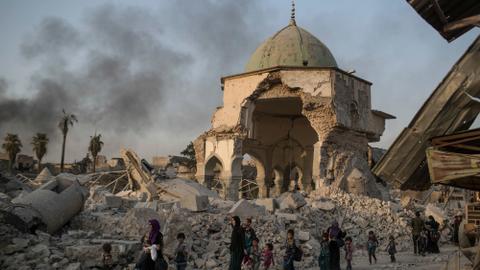