Trump’s UK visit: what really happened, and who was behind the fake news?

US President Donald Trump’s UK visit is not at all what it seems. Aside from the gaffes, Trump’s three key operators there created an illusion through the media. But what’s their plan?

While the Helsinki talks led to nothing of substance, as neither Trump nor Putin could offer one another anything solid, Trump’s salient visit to the UK could be seen in a different light. If, we can see beyond the fake news, buffoonery, and Trump's gaffes.

Some might argue that the state of the British press these days is at such an all time low, that most of what we saw and read about Trump in the UK was a distortion of reality, like being on the set of the Truman show.

It’s as though we have acclimatised to Trump’s outright lies. Now, media and commentators have moved on to analysing the sheer stupidity behind them. But what about the journalists who support the entire Trump circus and its coded messages?

Before the buffoonery could really start though, Trump had some messages that he wanted placed in the UK media. My sources tell me that although Trump is not a personal friend of Nigel Farage, he does listen to the ex-UKIP leader’s advice and it was Farage who set up the interview with The Sun’s political editor where he said clearly that Boris Johnson would be a great prime minister.

It’s the kind of finesse only Trump gets. A few hours before meeting Prime Minister Theresa May, tell the UK media that her nemesis who just resigned over soft Brexit, would do a better job than her.

Classic Trump. Insult your host, then move in and appear to be the one who saves the situation.

Hilariously—and typically—just hours later at the Chequers press conference, he dismissed it as "fake news" while also refusing to take a question from the CNN correspondent there – a stunt which the British press pack entirely supported.

Trump loved the Chequers moment. Like all American presidents he was warmed by the British pomp and ceremony, not to mention learning that the British speak American and look to him as a paternal figure, even if that means reducing him to the level of a dim, but much loved, uncle who visits once a year.

Or at least some do.

Another bombshell fake news nugget was Trump telling the Sun journalist that the present Brexit deal offered to Brussels by Theresa May would make a US-UK trade deal impossible. Again, like the gaffe about Johnson, he clumsily retracted it on the lawn in front of the cameras and hastily said, while looking at May, that a deal was a distinct possibility.

Trump literally can’t keep up with his own bullsh*t. But he doesn’t have to worry about it in the UK as media figures and political failures are lining up to steer him through the maze and get him on message.

Farage’s counselling was without a doubt responsible for the Sun interview with those poignant messages primed to hit target. Trump would prefer Johnson as PM and a harder Brexit. But why? Is there another agenda here which the media are missing, or complicit to?

The reality is that Trump would like a hard Brexit in 2019 because the UK economy would crash and then the US could draft a trade deal which would be a massive win for US firms. Trump’s cronies can then sweep in buy up bargain-basement companies for a song. It’s really all about business. And jobs for the boys.

British political hacks, who consider principles as a weakness in the newsroom—as was demonstrated when Trump pulled off his CNN stunt at Chequers—wouldn’t dare tell the real story, which I’m sure they know.

In Trump’s vision of post-Brexit Britain—with Johnson as PM and Farage either in government or making a mint advising US companies—Britain would be sold out to a group of loud mouthed ex-stock broker types shouting into their cellphones revelling in their new found wealth.

Close friends of Trump would become overnight billionaires. It really would be a poor, backward economy entirely dependent on US hegemony as slowly the City of London was taken over by US trading houses.

The thing about the special relationship, demonstrated succinctly by Trump and his British team, is that it doesn’t exist – or at least only exists when leaders from both the UK and US agree on America bleeding the UK, like borrowing billions to pay for two world wars.

But wait. Trump’s UK team of fake news operatives haven’t finished. Step forward Piers Morgan, a former editor of a UK tabloid who befriended Trump while appearing in The Apprentice.

Morgan, who is hated in the UK for generally being smug, is a champion self promoter and has also, like Farage and Johnson, a job in mind which the US president can get him to the US.

Morgan has never really recovered from the CNN firing him and has habitually applied himself to brown-nosing Trump in a number of interviews, the last one being in the UK on Air Force One. An interview which was so sycophantic that it literally dripped like a damp Kleenex – an absolutely shameful, gushing piece of PR which wasn’t really an interview at all.

What does our Piers want? No doubt a job with Fox, which Trump could easily pull off.

And so the news while Trump was in the UK was almost entirely crafted by three key individuals who all look to him as giving him the jobs they crave who twisted the news to suit Trump’s needs, as well as their own.

Undoubtedly UK media will be kinder to these mercurial characters as the excrement of their naked ambition comes raining down on all of us, a shower, which in the UK, unlike Russia, Trump will note comes absolutely free. 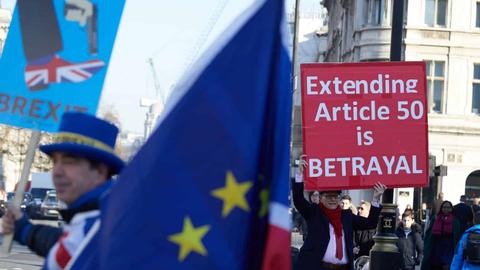 Putin and Trump to hold summit in Helsinki