1
Will the Afghanistan Conference deliver for Afghan refugees?
2
Will Congress change its perception of Turkey?
3
Yemen's Southern Transitional Council: Israel's next Arab ally?
4
US withdrawal from Afghanistan needs further consideration
5
Climate talks postponed, but a resetting of food systems cannot be delayed

The find could mark a new era for Turkey economically and strategically.

The announcement made by Turkish President Recep Tayyip Erdogan about the discovery of enormous natural gas reserves in the Black Sea opens a new historic chapter for Turkey. These considerable finds, estimated at 320 billion cubic metres with additional promising fields in the vicinity, herald a new era for the country.

Energy independence and security are valuable targets as they allow the reduction of energy imports from inauspicious nations and ensure that no hostile foreign entity can effectively manipulate markets against the country’s national interests.

For a state to own its energy resources also means fewer possibilities for international lenders to impose excruciating pressures and humiliating conditions.

Up until the early 2000s, Turkey was crisis-prone. The authorities at that time increased dependence on the importation of goods as well as raw materials and energy. Importing endlessly and relying on foreign aid to finance imports with external credit was a short-sighted policy.

However, since 2002, the Turkish leadership has successfully changed course, placing the country on a fast track of industrialisation and growth. Nonetheless, the energy cost remained a handicap as it recurrently dented the state’s current account deficit. With these newly discovered gas reserves, not only will the modernisation of Turkey’s economy increase its pace, but the current account deficit will also likely not be in the red any longer.

Energy bills footed by the state have in the past ranged between $41 billion and $65 billion yearly. These massive payments overburdened the state’s finances and impeded the county’s quest for more development and industrialisation.

Already, this year’s lower oil prices were constructive for the Turkish economy, especially in the age of Covid-19 and the global economic recession. With the expected Black Sea reserves, there will be substantial economic dividends down the line. Expenditures will be reallocated domestically to numerous areas, ranging from social welfare and the improvement of education to the expansion of the technology frontier.

Secondly, brewing tensions in the Eastern Mediterranean have been a blessing in disguise for Turkey. The escalation, which was caused by a plethora of countries aiming to undermine Turkey’s presence in the region, raised the stakes. Ankara’s response to the challenge was swift. The Turkish leadership upped its game diplomatically, politically, militarily, legally, and research-wise. Regarding the latter point, Turkey built its capabilities and relied on indigenous means for prospecting, drilling, and engineering.

The gas finds in the Sakarya zone showcase Turkish engineering and know-how in the field of energy; a development that has surely been noted by other nations. Equally important is that Turkey’s reliance on its own resources allowed it to cut costs effectively and reduced the need for international oil companies, which usually claim big shares of any finds.

Turkey has assembled a fleet of deep-water drillships (Fatih, Yavuz and Kanuni) in addition to seismic research ships (Oruç Reis, Barbaros Hayrettin). This endeavour is, in itself, a considerable feat. Although giant energy firms have these resources available to them, very few states possess such capabilities.

In the past, Turkey has been aiming to discover oil and gas in partnership with foreign energy companies. These endeavours cost dearly as international firms charged hefty bills while bringing little results.

While this fleet of drillships and seismic ships was primarily destined for the Eastern Mediterranean, the fact that the natural gas discovery took place in the Black Sea is a bonus. It allows the country to refine its engineering and drilling techniques and reap the fruits of this research without facing the Eastern Mediterranean’s contentious politics.

Turkey will be less affected by the geopolitical and geo-energetic turbulences that characterise the complex realities of international relations. A substantial part of energy imports come from suppliers with issues.

For instance, Iran exported massive amounts of crude oil to Turkey up until two years ago. However, due to US sanctions, Turkey had to look for new providers with all the pricing concerns and other modalities that are part of supply chain changes.

Another example was the recent escalation of Armenia against Azerbaijan. The Armenian military conducted an offensive in the Tovuz region, wanting to sever the lifeline of the Azerbaijani economy and cut a crucial energy route. They aimed to directly affect the Baku-Tbilisi-Ceyhan crude oil pipeline, and other pipelines and strategic railways which are important energy routes for the Turkish economy.

By securing its energy supplies domestically, a new era begins in Turkey’s history. It not only paves the way for a renewed sense of energy independence, lessening Ankara’s exposure to energy and economic blackmail, but it will also provide a considerable boost to the Turkish economy in the near future.

Climate talks postponed, but a resetting of food systems cannot be delayed 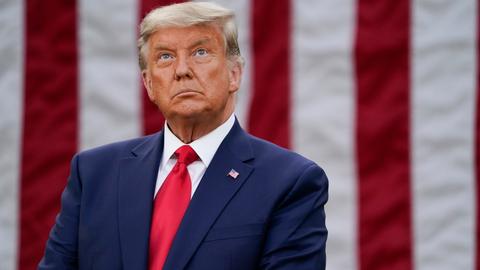 Trump's weapons sale to the UAE could trigger an arms race

1
Will the Afghanistan Conference deliver for Afghan refugees?
2
Will Congress change its perception of Turkey?
3
Yemen's Southern Transitional Council: Israel's next Arab ally?
4
US withdrawal from Afghanistan needs further consideration
5
Climate talks postponed, but a resetting of food systems cannot be delayed