1
Russian intervention in Libya should worry the US
2
As Algerians mark independence, the revolutionary spirit lives on
3
How several African nations fare after gaining independence 60 years ago
4
What France’s colonial history has in common with Daesh today
5
'Palestine' is not an anti-Semitic word

Turkey's local elections have taken on the narratives of a larger general election, and as a result, party loyalty might trump local issues and the economic slowdown.

Local elections in Turkey will be held this Sunday. These elections take place during a time when the Turkish economy is facing a slowdown.

Since August 2018, there have been some strong fluctuations that affected the Turkish lira, which also resulted in an increase in inflation.

Although the government has taken several strong measures to overcome the currency crisis, which helped the currency regain some of its value, the economy is still on the road to recovery.

Therefore, the Nation’s Alliance, composed of CHP and IYI Party based most of its election campaign on the current economic situation, blaming the government for the economic slowdown and calling on people to punish the AK Party.
The People’s Alliance, composed of the AK Party and MHP, put the ‘beka’, which means survival of the state - referring to the external and internal threats against the Turkish state - at the centre of their election campaign.

Although the economy may influence voters to some degree, party identification and partisanship is likely to supersede economics.

There are two scenarios for the two alliances.

The first scenario will be if the People’s Alliance wins the elections. Then, the AK Party and MHP will seek to maintain their alliance until the next general elections.

On the other hand, if the Nation’s Alliance loses the election, this could represent a setback not only for the alliance but also for the parties.

Firstly, the commitment to the alliance may weaken, even though they may again feel the necessity to ally before the general election in 2023, this would be more of a tactical alliance and created merely to defeat the AK Party and not to run the country. Therefore, voters may not have enough confidence in the Nation’s Alliance’s capability to govern the country for the general election.

Secondly, the stakes for the opposition parties are much higher. For example, the CHP has lost nine consecutive elections under Kemal Kilicdaroglu’s leadership, and this would be its tenth defeat since he became party leader in 2010. Kilicdaroglu is already facing a leadership challenge from within the party, as his rival Muharrem Ince is eagerly waiting for his defeat so he can call for a leadership election. Thus, the loss could lead to substantial internal turmoil in the party.

For the IYI Party, this would be the second defeat after the last election in 2018. Meral Aksener had already resigned, once as the leader of her party after the parliamentary and presidential elections in 2018 and the party experienced a period of turbulence with many top officials resigning afterwards.

Many IYI Party supporters are already questioning the rationale behind the implicit support of HDP to the Nation’s Alliance’s candidates in western Turkey. In the event of a defeat, Meral Aksener may well be held accountable for the failure by forming an alliance with the CHP which they believe is responsible for HDP’s support in western Turkey. Even if she stays in power after the election, the party’s confidence in her leadership may dwindle significantly.

For the second scenario, if the Nation’s alliance wins the election, CHP and IYI Party will strengthen their alliance. Both leaders of the parties will consolidate their authority over their parties at least for a while. It will be a confidence boost for the opposition parties since they would have defeated the AK Party for the first time since 2002. Therefore, they will push harder to inflict a stronger defeat to the AK Party in the next general elections.

For the People’s Alliance, even if the alliance continues, the commitment given to the coalition may weaken. The AK Party and MHP may re-evaluate their strategies before the next general elections.

In the hypothetical situation of a defeat, it would be the first one that the AK Party would be facing. As a result, President Erdogan may consider going for structural changes within the party. The reasons for the defeat would be examined, and President Erdogan would want to address them immediately after the elections. For instance, if the loss of votes is due to economic reasons, Erdogan would do his best to ensure that the economy recovers before the next general election.

In the past, the 2009 local elections represented a clear case in point where the AK Party suffered some losses due to the global financial crisis. However, in the following general election in 2011, the AK Party recovered from the losses it suffered in the previous election.

In short, the outcome of this election will be determined by party identification partisanship, and voters will remain loyal to their parties, even if the economic factor may have a slight role in the voters' minds. Even so, the majority of the AK Party voters believe that the AK Party is the only party that can solve the economic problems and raise the profile of the country internationally.

Enes Guzel is a deputy researcher at the TRT World Research Centre. 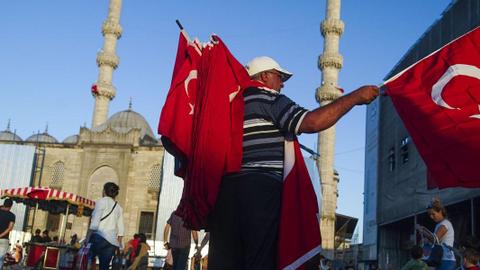 The West is underestimating Turkey’s united front over national defence 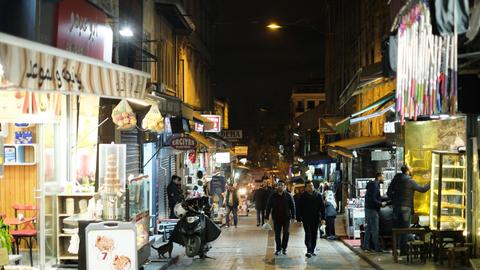 1
Russian intervention in Libya should worry the US
2
As Algerians mark independence, the revolutionary spirit lives on
3
How several African nations fare after gaining independence 60 years ago
4
What France’s colonial history has in common with Daesh today
5
'Palestine' is not an anti-Semitic word