1
The longer the US drags its feet on Iran, the tougher talks will get
2
US strategic thinking in Afghanistan doesn’t square with reality
3
Will the attack on a UN convoy be a turning point for the DR Congo?
4
How can the YPG wedge be removed from the US-Turkey relationship?
5
Will Biden’s Iraq policy signal the end of US unilateralism?

Almost 70 percent of registered voters want to see Donald Trump impeached or censured and one in four Republicans want Trump barred from a future run for office.

How do Americans view the events of Jan 6, the storming of Capitol Hill? Is there a consensus on the president’s role in the riots?  On impeachment?

The majority of polls report that Former President Donald Trump’s monthly approval rating dipped to rock bottom following the riots.  Pew research reported a high of 45 percent in early 2020 compared to a current 29 percent.  Likewise, the Galllup poll reported a drop from 49 to 34 percent for the same period. Fivethirtyeight.com, which publishes the average of all major polls, states Trump’s approval plummeted to 38.6 percent following the Capitol riots.

Many of these polls called the Joe Biden's win correctly. However, most were wrong in their prediction of a blue tsunami. The poll average was 7 percent favorable to Biden vs. 3.9 percent actual.

Are the polls over-predicting again?

Stagwell Group’s Harris team was the most accurate among major presidential polls. It reported a 4 percent win favorable to Biden. What are their findings today?

Courts with Republican judges, including the US Supreme Court, rejected Trump’s claims. The public favors a bipartisan commission investigating the legitimacy of election results. Voters from both parties agree that the federal government should set new rules and manage elections in fifty states.

The voters want the Biden administration to prioritise three challenges: the pandemic, the economy and job creation, and health care. They want two specific measures in place immediately – an effective nationwide vaccination campaign and the stimulus package.

President Biden should reach out to Republicans to work out their differences, moderate his positions to find common ground, and clearly distance himself from the left wing of his party.  Americans demand collaboration between the two parties. Six-in-ten voters are confident that Biden would meet these urgent challenges. Most are doubtful that he could succeed in unifying the nation.

So how do voters judge the riots?  The great majority believe that Donald Trump is pretending that the election was stolen and is not accepting the facts. Most Trump voters are angry and unhappy about the results. Extremists went to DC with the intent of a violent insurrection. They reflect a fringe of American society.

How did Donald Trump’s unprecedented stand, not seen by any US president before him, affect his approval?

The HCH poll reported that Donald Trump’s approval dropped slightly after the riots, two points from the previous month, from 49 to 47 percent. Trump’s approval is not at an all-time low as many other polls claim.

Trump’s highest mark was in April 2020, at 49 percent.  He was not firmly against closing down businesses initially. As the president’s approval plummeted in June to 43 percent, he took a strong stance by opening up America for business in summer. His popularity steadily climbed from this dip, despite him still getting lower marks in overall pandemic management.

Throughout his presidency, more voters disapproved of President Trump than approved. The exception was in December 2020 when he was net positive in the month after he lost the election. Voters may have been responding to the success of Operation Warp Speed – the emergency approval of two vaccines in less than a year.

The GOP dipped in January. Mitch McConnell opposed the $2,000 relief check for all Americans. His popularity reached the bottom of major US political leaders.

When asked whether the impeachment was legitimate or a political game, public response was along partisan lines. Most Democrats believe it is legitimate; for most Republicans it is pure politics. Independents are in an even split.

Almost 70 percent of registered voters support the idea that Donald Trump must either be impeached or censured, including 46 percent of Republicans.  One-in-four Republicans want Trump to be barred from running in the future.

Nonetheless, the bipartisan view is that the Senate should conclude the trial in the first hundred days of the new administration, but not start until pandemic measures and economic packages are in place. Both one-third of independents and Republicans are in favor of expelling the members of Congress who voted against certifying the election results.

The bipartisan view is that Big Tech has too much power and influence on free speech. Voters wish for congressional regulation of speech on social media. Sixty percent of the voters, including half of Democrats, believe that riots are being used as an excuse to silence voices on the right.

The public doubts that President Biden can unite the country. More than words or elegant speeches it is defeating the virus, opening up the economy, and bringing about a sound healthcare system that will make Americans happy. 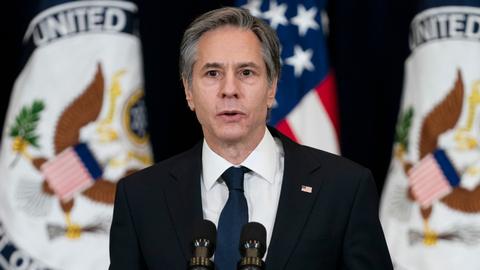 The longer the US drags its feet on Iran, the tougher talks will get 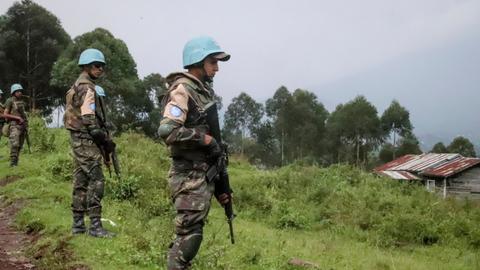 Will the attack on a UN convoy be a turning point for the DR Congo? 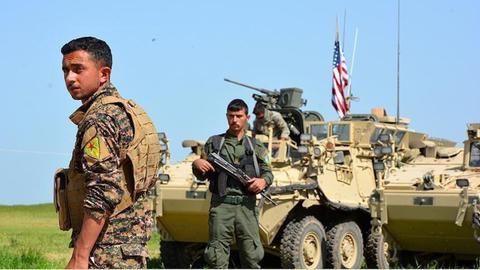 How can the YPG wedge be removed from the US-Turkey relationship?

1
The longer the US drags its feet on Iran, the tougher talks will get
2
US strategic thinking in Afghanistan doesn’t square with reality
3
Will the attack on a UN convoy be a turning point for the DR Congo?
4
How can the YPG wedge be removed from the US-Turkey relationship?
5
Will Biden’s Iraq policy signal the end of US unilateralism?