Barcelona continued their preparation, on the eve of their Champions League semi-finals first leg clash with Liverpool at Camp Nou.

For the biggest moments, there is always Lionel Messi.

The 31-year-old Argentinian has been the key to Barcelona's success ever since he made his debut, but more and more this season he has been rested.

Wednesday won't be one of those days, as Barcelona faces Liverpool in the first leg of the Champions League semifinals.

"I've rested Messi more than usual but this has been a month with two Champions League clashes, and twice we had to play three games in a week," Barcelona coach Ernesto Valverde said on Tuesday.

"We wanted to clinch the Spanish league title, but at the same time we also wanted to make sure he was prepared for this tie. I think I've probably got the balance right."

A few days ago, Messi won the Spanish league trophy for the 10th time in his 15 seasons with the Catalan club. He scored the decisive goal — yet another one — that allowed the team to clinch its eighth league title in 11 seasons.

He has also helped the team advance to a fifth straight Copa del Rey final, and reach the Champions League semifinals for the first time in four seasons.

"Messi is the centrepiece of our success," Valverde said after Barcelona won the league. "Obviously, since he arrived the club has won numerous titles. If there's a player above everyone else, it's him. He sets our style and his level of competitiveness improves everyone."

Barcelona knows it will need the best of Messi when it plays Liverpool at the Camp Nou, so the team has worked as hard as ever to manage his playing time and make sure he will be in top form at the Camp Nou.

Valverde has been using Messi only at key moments in recent games, saving him for the decisive stages of the Champions League — which the club has not won since 2015. Barcelona was eliminated in the quarterfinals of the European competition the last three seasons.

Valverde has often left Messi on the bench in recent Spanish league matches, sending him on if the team was struggling. That was the case last weekend in a match against Levante, which Barcelona needed to win to secure the league title. Messi came off the bench at halftime and scored the winning goal in the 62nd minute.

Messi also didn't start in the previous league match, against Alaves, entering the game with about 30 minutes left to help the team hold on to a 2-0 win.

The Argentina forward historically got little rest time in his career with Barcelona, being one of the players with the most minutes nearly every season.

He hasn't missed a lot of time because of injuries, with his latest long-term absence coming last year when he was sidelined for about three weeks because of a broken forearm.

All eyes on Messi

Messi had been playing nonstop as Barcelona played a difficult period that included games against Real Madrid and French club Lyon in the last 16 of the Champions League. Valverde then sat him for a league match at Villarreal, using him off the bench midway through the second half and seeing him help the team erase a late two-goal deficit in a 4-4 draw.

Messi played two consecutive decisive matches after that, against Atletico Madrid in the league and Manchester United in the first leg of the Champions League quarterfinals, but then didn't make the squad for the 0-0 draw at last-place Huesca.

Fully rested, Messi will certainly be playing from the start on Wednesday against Liverpool. 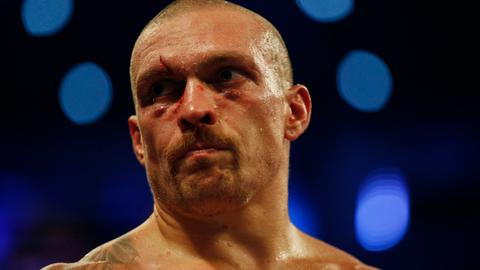