World football governing body FIFA announces venues – 11 in US, three in Mexico and two in Canada – that were successful from 22 bids.

Football's governing body FIFA has revealed the 16 North American cities that will host matches in the 2026 World Cup.

The Canadian cities of Toronto and Vancouver and the Mexican cities of Guadalajara, Mexico City and Monterrey will also host games.

FIFA president Gianni Infantino said on FS1's broadcast that the sites of the first game and the final were not yet decided.

In Los Angeles, two venues were up for consideration. FIFA opted for SoFi Stadium, the brand-new digs of the NFL's Los Angeles Rams and Chargers, over the Rose Bowl, which hosted the 1994 World Cup Final.

The finalist cities that were not selected were Baltimore/Washington, DC, Cincinnati, Denver, Edmonton, Nashville and Orlando. Baltimore and Washington formed a joint bid earlier this year.

The 2026 World Cup will be the first time the tournament grows from 32 to 48 qualified countries.

Three countries are sharing hosting duties for the first time.

Mexico has previously hosted the 1970 and 1986 World Cups and will become the first country to host for the third time. The US hosted the 1994 World Cup, while 2026 will be Canada's first time hosting. 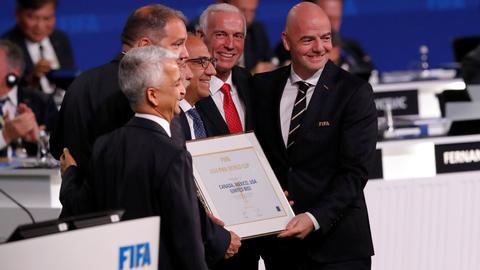 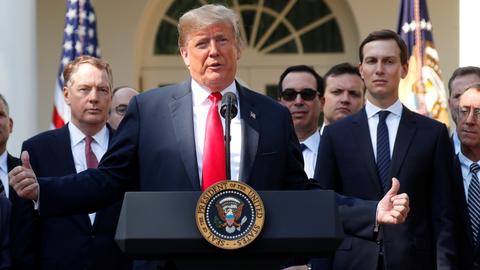 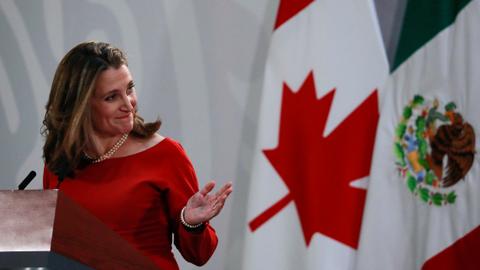 US, Canada and Mexico sign agreement again to replace NAFTA