Fans of the soccer club poured onto the squares of many cities including Istanbul to celebrate the long-awaited title.

Trabzonspor were crowned Turkish league champions for the first time in 38 years on Saturday, sparking huge celebrations amongst the thousands of home fans inside and outside the stadium.

They clinched the title with a 2-2 draw against Antalyaspor, leaving them nine points clear of second-placed Fenerbahce with three rounds of games left until the end of the season.

Trabzonspor had a fast start as their Danish striker Andreas Cornelius put them ahead after three minutes but Antalyaspor did their best to spoil the party with an equaliser in the 51st.

However, the champions-elect went ahead for a second time just past the hour mark through Türkiye international Dorukhan Tokoz, only to concede again 10 minutes before the end.

The point was enough, though, as Trabzonspor have a better head-to-head record than Fenerbahce and cannot be caught.

🎥|The historic moment Trabzonspor supporters went all out after their club were crowned the Turkish Süper Lig champions for the 1st time in 38 years.

Galatasaray, Fenerbahce and Besiktas ⁠— the Istanbul clubs ⁠— have dominated domestically for decades, collectively winning 57 of the 65 Super Lig titles on offer over the years.

Trabzonspor was the first club to break the three big Istanbul clubs' monopoly in winning the Turkish league when they claimed the trophy in the 1975-1976 season.

That started a period of dominance and they won five consecutive titles, before adding another in 1983-1984, earning the nickname "The Black Sea Storm."

"The last title was won long before I was born," said 22-year-old central midfielder Abdulkadir Omur.

"It was a life-long dream. I couldn't be more proud."

The club have come close to winning the title again on several occasions, most notably in the 2010-2011 season, but the fans’ longing for another league trophy continued until now. 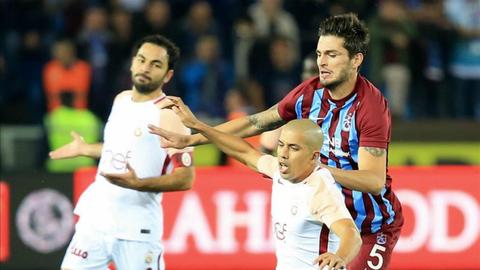 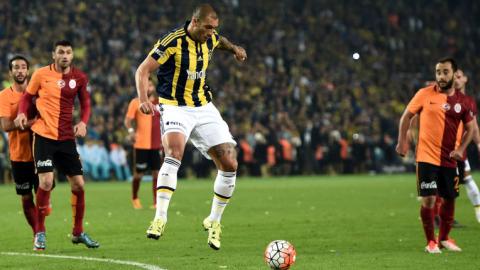