Two soldiers who were detained on grounds of attempted military espionage and entering a prohibited military zone in Turkey say they had lost their way and crossed the border due to bad weather.

Turkey arrested two Greek soldiers on Friday for allegedly entering a Turkish military zone and on suspicion of attempted espionage.

Two Greek soldiers were remanded in custody after they crossed the border in northwestern Turkey, inadvertently by their account, a security source said.

Security sources said the Greek soldiers are facing espionage charges for spying across the border and sending records on their phones to their superiors.

The soldiers, a lieutenant and a sergeant, are said to have lost their way at the border until they came across local Turkish patrol units, said the source, who asked not to be named due to restrictions on speaking to the media.

Anadolu Agency said the soldiers told Turkish authorities they had followed footsteps in the snow that accidentally led them into Turkish territory.

The soldiers, detained near the Pazarkule district, said bad weather had led to them getting lost.

After encountering the patrol units, the soldiers were taken to the provincial gendarmerie command in Edirne.

The interrogation for Lieutenant Aggelos Mitretodis and Sergeant Dimitros Kouklatzis was completed, following which the court remanded them.

Earlier Friday, the Greek army said Greek and Turkish authorities were in contact and undertaking procedures to return the soldiers to Greece. A Greek government official said Prime Minister Alexis Tsipras was "closely following" developments in the case and was in "constant contact" with the Greek defence and foreign ministers.

Greece and Turkey are NATO allies, but their bilateral relations are often strained over an array of territorial disputes.

Greek government spokesman Dimitris Tzanakopoulos said the return of the two servicemen who had accidentally entered Turkey was a "pure formality."

"We are in communication with Turkish authorities to swiftly settle the issue," Tzanakopoulos said.

Turkey also has been angered by recent Greek court decisions not to extradite eight Turkish soldiers who fled to Greece following a failed military coup attempt in Turkey in 2016. Greek courts have ruled they would be at risk of not receiving a fair trial if returned to Turkey.

Asked whether Greece was worried that the government in Ankara could use the Greek soldiers to secure the extradition of servicemen who fled Turkey, Tzanakopoulos said: "I have heard various scenarios since this morning about possible negotiations the Greek government could enter with Turkey on possible exchanges. These are spy and conspiracy scenarios that do not merit comment." 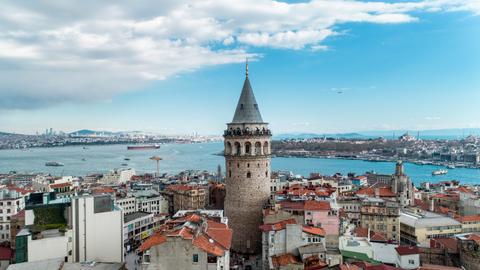