The Turkish Coast Guard says the incident happened near the Kekova Geyikova Island, two-and-a-half miles southwest of Demre, in the coastal province of Antalya.

Nine migrants, including six children, seeking to head to Europe in a speedboat drowned on Sunday when the vessel sank off Turkey’s Mediterranean coast, the Turkish Coast Guard and local media said on Sunday.

The incident took place last night around GMT2322 on Saturday, near Kekova Geyikova Island, two-and-a-half miles southwest of Demre, in the coastal province of Antalya, the coast guard command said in a statement.

After a fishermen alerted the coast guard to the emergency, four boats, one plane, and a helicopter were dispatched to the scene, the statement said.

Five migrants were rescued, but the coast guard found nine who had drowned. The search for one other migrant continues, it added.

The nearest EU territory is the small Greek island of Kastellorizo to the west which lies off the Turkish resort of Kas.

The nationalities of those on board have yet to be made clear.

Over a million people, many fleeing the war in Syria, crossed to European Union member Greece from Turkey in 2015 after the onset of the bloc’s worst migration crisis since World War II.

Turkey struck a deal with the EU in 2016 in a effort to stem the flow of migrants into Europe, and agreed to take back illegal migrants landing on Greek islands in exchange for incentives including financial aid.

The deal sharply curbed the number of migrants seeking to cross the Aegean and Mediterranean Seas from Turkey to Greece.

However, observers say that the numbers seeking to cross this route have been ticking up again in recent months.

According to the International Organisation for Migration (IOM), 10,948 people crossed to Greece this year up to May 30, sharply more than in the same period in 2017. Thirty-five people lost their lives using this route so far this year, according to the IOM. 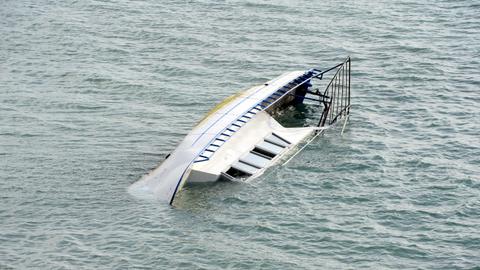 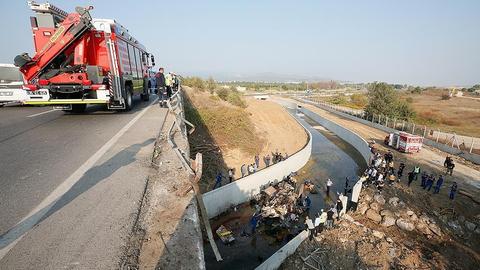