Turkish defence minister Hulusi Akar has said Sweden and Finland provided political, financial and military support to terror groups in a move that threatened not only Türkiye but also NATO.

Akar addressed hot-button issues, including Turkish security concerns over the possible membership of Sweden and Finland to the military alliance, on Friday.

Akar said arms restrictions imposed on Türkiye also harmed NATO and did not comply with the spirit of the alliance.

He was speaking to reporters following a two-day NATO gathering of defence chiefs in Brussels.

Akar noted that his country seized numerous Swedish-made AT-4 anti-tank weapons during its anti-terrorism operations in northern Syria and Iraq, and this evidence was shared with officials at the NATO meeting.

"On the one hand, they say 'let us grow stronger and unite against all sorts of threats against NATO', but on the other hand, an arms embargo is imposed on Türkiye. Plus, unlimited support is provided for the terror groups," he said.

Stressing that Türkiye was the only NATO country fighting terrorism on multiple fronts, he said his country was the final frontier preventing the spread of terrorism to Europe.

Sweden and Finland are under pressure from Türkiye to end their support for the PKK/YPG terror group if they want to join NATO.

Ankara says the bloc is a security alliance and that any potential members must take a clear stance against terrorism.

The PKK is listed as a terror organisation by Türkiye, the US and the EU. The YPG is the PKK terror group's Syrian offshoot. 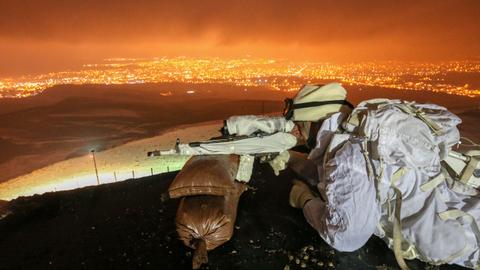