The parliamentary committee charged with overseeing the election recommended laying out a “new, realistic and applicable roadmap, with defined stages.”

Libya's parliament has refused to fix a date for presidential elections meant to have taken place last week, leaving question marks over the fate of the poll.

On Monday the parliamentary committee charged with overseeing the election presented a report saying it would be risky to set a new date at this stage.

That was a direct rebuff to the High National Electoral Commission (HNEC) which had suggested holding the vote on January 24.

The parliamentary committee is part of an assembly based in eastern Libya since 2014, reflecting the country's deep divisions.

The committee recommended laying out "a new, realistic and applicable roadmap, with defined stages, rather than fixing new dates and repeating the same errors".

The report, read to members of parliament by committee president Al-Haid al-Sghayer, also suggested setting up a committee to draft a new constitution to replace the one scrapped by dictator Moamer Kadhafi in 1969.

It also called for a reshuffle of the interim government of Abdulhamid Dbeibah, whose mandate was meant to end with Friday's elections.

The parliament has yet to debate the proposals.

Dbeibah heads a unity administration based in the capital Tripoli, in the country's west, and which was tasked with leading the North African country to the elections.

The vote, after a year of relative calm, was to have been Libya's first ever direct presidential ballot.

But months of disputes finally saw the vote postponed just two days before it was to take place, when the committee overseeing the election declared holding it impossible on the scheduled date.

The electoral commission has yet to announce a finalised list of candidates for the presidential poll. Its work was hobbled by court cases against the bids of several divisive figures.

Eastern strongman Khalifa Haftar, who had waged a year-long military offensive against Tripoli, Kadhafi's son Seif al-Islam, a symbol of the old regime also accused of war crimes, and Dbeibah, who had pledged not to run, were all particularly controversial.

READ MORE: What’s next for Libya after delayed elections?

In its report, the parliamentary committee said the date of January 24 was chosen on the basis of "political" considerations, adding that an election then "would have the same fate" as that set for Friday.

Shortly before Monday's session, UN envoy Stephanie Williams urged the parliament "to live up to its national responsibilities" and urgently address recommendations from HNEC "in order to push the electoral process forward."

In a joint statement on Friday, five western nations had called for a new electoral timeline to be put in place as soon as possible. 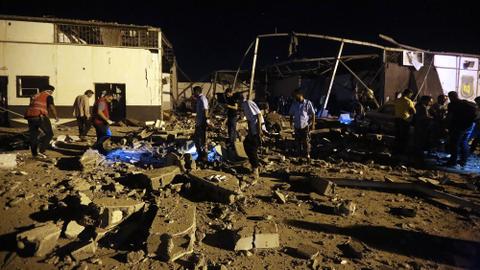 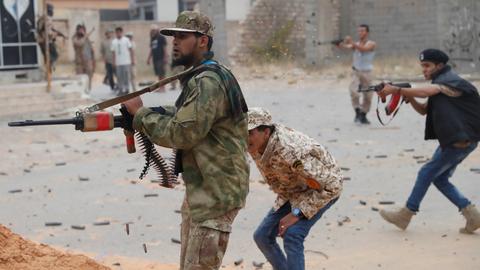