The head of Libya's internationally recognised government has suspended the country's powerful interior minister from his duties, saying his handling of street protests and a violent crackdown against them would be investigated.

The move coincides with reports of growing friction between Fayez al Sarraj, Prime Minister of Government of National Accord (GNA), and Interior Minister Fathi Bashagha, an influential figure from the port city and military power base of Misrata.

Bashagha, who was nominated in 2018, played a central role during a 14-month offensive on Tripoli by warlord Khalifa Haftar's militas that the GNA repelled in June with the support from Turkey.

A decree issued by Sarraj said Bashagha would be investigated by the GNA leadership within 72 hours, and his duties would be assumed by a deputy minister, Khalid Ahmad Mazen.

"An investigation has been opened against the Interior Minister regarding his statements, orders and ensuring the necessary protection of the demonstrators in Tripoli and some other cities," the statement said.

A separate decree assigned a regional force headed by Osama Jweili, a commander from another militarily powerful city, Zintan, to help ensure security in Tripoli.

In a statement, Bashagha expressed readiness for an investigation, but said it should be televised to ensure transparency.

Since Sunday protests over worsening living conditions and corruption have escalated in Tripoli. Armed men have used gunfire to disperse demonstrators, and Serraj has imposed a 24-hour curfew for four days to counter the new coronavirus, a move seen by critics as a tactic for curbing the protests.

The interior ministry under Bashagha said it was ready to protect peaceful protesters from armed groups.

Libya has seen a surge in coronavirus infections in recent weeks, with most of the cases in the country’s west.

So far, authorities have reported more than 12,629 cases, including 226 deaths, though the actual numbers are thought to be far higher, in part due to limited testing.

The pandemic has worsened the economic situation for many in the oil-rich country, already torn by years of conflict.

Oil-rich Libya was plunged into chaos when a NATO-backed uprising in 2011 toppled longtime dictator Muammar Gaddafi, who was later killed.

Libya has since been in chaos with rival political and armed groups battling for control. 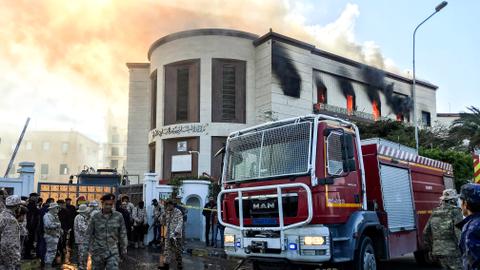 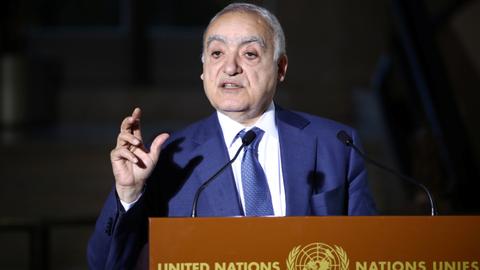