Joe Biden says his Electoral College victory of the same magnitude as President Donald Trump’s in 2016 is a signal that the current president should finally accept his own defeat in this year’s election.

US President-elect Joe Biden has said that “democracy prevailed” as electors nationwide cast votes affirming his victory in last month’s election, saying the country's governing principles were “pushed, tested, threatened” but did not crumble.

In a speech from his longtime home of Wilmington, Delaware, Biden on Monday aimed to guide Americans past the tumult of the campaign and President Donald Trump’s refusal to accept defeat.

“If anyone didn’t know it before, we know it now. What beats deep in the hearts of the American people is this: Democracy,” Biden said. “The right to be heard. To have your vote counted. To choose the leaders of this nation. To govern ourselves.”

After garnering a record of more than 81 million votes, Biden is still trying to build momentum as he prepares to assume the presidency on January 20.

That's been complicated by Trump refusing to concede and has instead pursued baseless legal challenges that have been roundly rejected by judges across the political spectrum, including the justices at the Supreme Court.

Though Trump's actions have threatened core democratic norms, including the peaceful transfer of power, Biden argued that America's system of government remains in tact.

“In America, politicians don’t take power – the people grant it to them,” Biden said. “The flame of democracy was lit in this nation a long time ago. And we now know that nothing – not even a pandemic – or an abuse of power – can extinguish that flame.”

He will also pledged to be “a president for all Americans” who will “work just as hard for those of you who didn’t vote for me, as I will for those who did.”

Trump should accept his defeat

Biden said his Electoral College victory of the same magnitude as President Donald Trump’s in 2016 is a signal that the current president should finally accept his own defeat in this year’s election.

Biden noted, that Trump had called his 2016 tally of 306 electoral votes a “landslide." He said if that constituted a clear victory then, he wanted to “respectfully suggest” that Trump now accept Biden's victory this year.

Whether his message of unity will have any effect remains to be seen. Top Republicans have mostly continued to back Trump and his unsubstantiated claims of a rigged election and, even once Biden takes power, are unlikely to give him any of the traditional honeymoon period.

Swing States that have found massive VOTER FRAUD, which is all of them, CANNOT LEGALLY CERTIFY these votes as complete & correct without committing a severely punishable crime. Everybody knows that dead people, below age people, illegal immigrants, fake signatures, prisoners,....

Biden faces a narrowly divided Senate – next month's runoff elections in Georgia will decide which party controls the chamber – and a thinned Democratic majority in the House as the GOP picked up seats even as Trump lost.

But aides are pointing to the president-elect's strong approval numbers and an electorate worn by the pandemic in their attempt to nudge Republicans to cooperate. Mike Donilon, a senior adviser to Biden, said Americans are looking for Democrats and Republicans to get in sync.

In making the case for a mandate, Biden’s team points to the president-elect retaking Rust Belt states that helped spring Trump to the White House four years ago as well as wins in Arizona and Georgia – firsts for a Democratic presidential candidate since the 1990s.

Biden also won the popular vote by more than 7 million people, powered by strong showings with women, people of color and independents.

Still, getting the nation to turn away from a contentious election and to governing is perhaps easier said than done. The spotlight on the Electoral College vote process is heightened this year because Trump has refused to concede the election and is pushing forward with baseless allegations of fraud.

“We have won so many times, at this point, in so many different ways.

We’re just excited to keep on winning,” said Jen O’Malley Dillon, Biden's deputy chief of staff, shrugging off Trump’s challenges. “[Monday] obviously is a big day as it takes on a little bit more import than maybe traditionally it does.”

And after losing dozens of legal challenges on the state and federal level, Trump is expected to push forward with new litigation this week. Trump attorney Rudy Giuliani says he expects five more lawsuits at the state level. 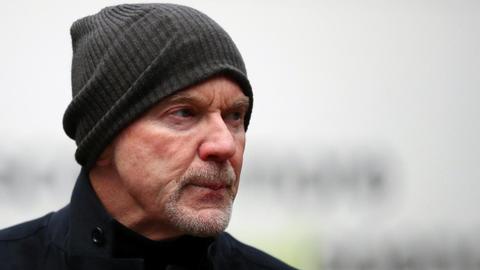