In the United States, more than 82,000 people have tested positive for Covid-19, edging out Italy, which has reported the most deaths, and China, where the virus was first detected in December in the metropolis of Wuhan.

New York state's hospitals will be overwhelmed under almost any realistic scenario in the coronavirus outbreak and authorities are adding capacity wherever possible to meet soaring demand, Governor Andrew Cuomo said on Thursday.

The need for hospital beds and ventilators was particularly acute, the governor said, as the hardest-hit state in the country reported an additional 100 deaths and 6,448 positive cases between Wednesday and Thursday, increasing its death toll to 385 and total number of cases to 37,258.

"And since we still have a large number of people on ventilators for a long period of time, the experts expect that number (of dead) to continue to increase," Cuomo told a news conference.

The governor has become a leading national voice on the coronavirus pandemic as the state has accounted for roughly one-third of the national death toll and half the known number of cases.

Cuomo said the goal was to get to 140,000 hospital bed capacity from the current 53,000 available and that authorities were scouting new sites to build temporary facilities.

In addition, the state has authorised "splitting" ventilators so that one machine could serve two patients and was looking into converting anaesthesia machines to ventilators.

Of 5,327 coronavirus patients hospitalised in the state, some 1,290 were in intensive care and in need of ventilators, Cuomo said. Tens of thousands of ventilator s could be needed, he said.

"The number of ventilators we need is so astronomical. It's not like they have them sitting in the warehouse ... there is no stockpile available," Cuomo said.

Asked about social media images of some New York City hospital personnel resorting to trash bags to protect themselves due to a lack of gowns, Cuomo said there was enough protective equipment in stock for the "immediate need," but not for the longer term.

The governor also criticised the $2 trillion coronavirus relief package approved by the US Senate on Wednesday, saying it failed to provide enough aid to the states.

New York state was allotted $5 billion to help cover rising coronavirus costs, but the bill does not help the state recover lost revenue that will be needed to balance the budget, he said.

President Donald Trump said that federal officials are developing guidelines to rate counties by risk of virus spread, as he aims to begin to ease nationwide guidelines meant to stem the coronavirus outbreak.

In a letter to the nation's governors, Trump said the new guidelines are meant to enable state and local leaders to make “decisions about maintaining, increasing, or relaxing social distancing and other measures they have put in place.” States and municipalities would still retain authority to set whatever restrictions deem necessary.

Trump announced Thursday that he would visit Norfolk, Virginia, on Saturday to see off the USNS Comfort, the 1,000-bed hospital ship heading to assist New York in responding to the virus.

He has been trying for days to determine how to contain the economic fallout of the guidelines issued by his administration as well as local leaders to slow the tide of infections.

US to free some prisoners

US Attorney General Bill Barr said he had instructed federal prisons to free some inmates to lessen the impact of the coronavirus epidemic.

One day after the United Nations human rights chief urged countries to protect people held in overcrowded jails and other enclosed facilities, Barr said he had encouraged US prisons to release qualified inmates.

"I've asked and issued a memorandum just today to the Bureau of Prisons to increase the use of home confinement, based on a number of factors... particularly for those older prisoners who have served substantial parts of their sentences," Barr said.

He said the instruction was focused on prisoners who are not considered dangerous and who may have underlying medical conditions that make them particularly vulnerable to the Covid-19 virus.

Hospitals are gearing up to test if a century-old treatment used to fight off flu and measles outbreaks in the days before vaccines, and tried more recently against SARS and Ebola, just might work for Covid-19, too: using blood donated from patients who have recovered.

There is no guarantee it will work.

The Food and Drug Administration on Tuesday said it was facilitating access to Covid-19 convalescent plasma for patients with serious or immediate life-threatening coronavirus issues.

US hospitals are waiting on permission from the FDA to begin large studies of the infusions both as a possible treatment for the sick and as vaccine-like temporary protection for people at high risk of infection. 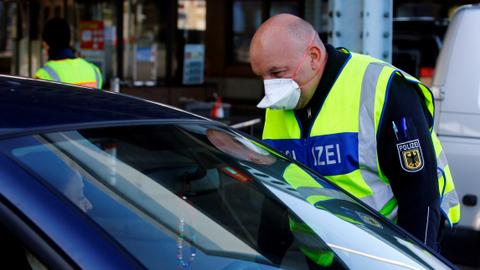 US 'swooped' on masks at Bangkok airport – German official 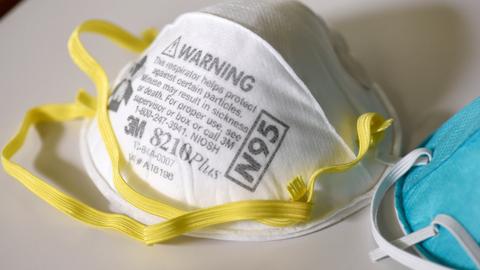 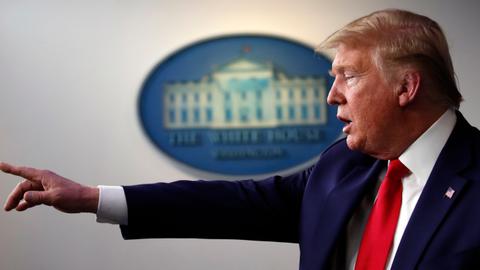 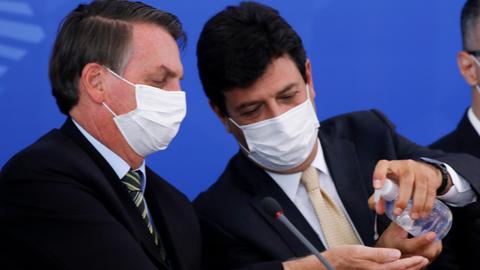