Thousands rally for jobs, food in Argentina as inflation bites

Protests held countrywide as government announces latest inflation figures –– 6.7 percent for the month of March –– more than even the most pessimistic projections.

Protests were held countrywide on Wednesday but centered on the capital Buenos Aires as the government announced the latest inflation figures –– 6.7 percent for the month of March –– more than even the most pessimistic projections.

This brought the cumulative total for the first quarter to 16.1 percent and set the country on course for annual inflation of about 60 percent for the year, according to analysts.

Year on year, the March figure came to 55.1 percent –– one of the highest in the world.

Demonstrators gathered on the historic Plaza de Mayo square that houses the presidency with banners demanding "real work" and increased support for soup kitchens, among other assistance.

"Things are looking bad, the economy is getting out of hand with this government," Mario Almada, a 60-year-old bricklayer and social aid beneficiary, told the AFP news agency.

He said his monthly earnings and government subsidy put together were "not enough to buy food."

Prices, he added, "increase every four or five days. The noose is tightening."

The country's economy is rebooting with a GDP growth of 10.3 percent in 2021 after three years of recession.

Unemployment fell to seven percent in the final quarter of 2021 –– the lowest rate in six years.

But inflation continues to rise and the poverty rate is at 37 percent.

Braking inflation and the fiscal deficit were key conditions for the IMF agreeing to refinance a $45 billion loan.

The government's job is being hampered by spiralling inflation worldwide, fueled by the war in Ukraine.

For education the increase was more than 23 percent, for clothing and shoes 10.9 percent, and for housing, water, electricity and gas, 7.7 percent.

In February, the government boosted by 50 percent the aid given to about 2.4 million Argentines in food stamps, now about $50 per person per month.

This week, it expanded price limits on some 1,700 consumer products, and set up a fund to stabilize the domestic price of wheat flour.

For Wednesday's protesters, it is not enough.

"Let them explain to me who can live with that," said Lucas, another subsidy beneficiary.

Last week, several thousand took to the streets and hundreds camped out on the capital's largest boulevard pressing the same demands. 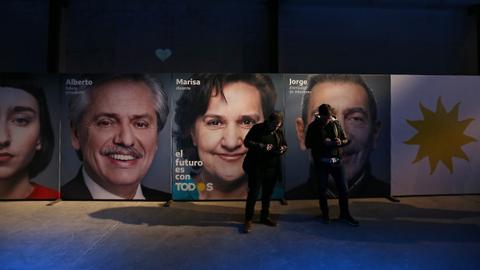 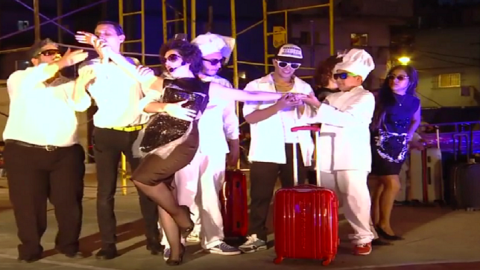 Slums in Argentina host the opera