Venezuelan President Nicolas Maduro has demanded that Spain's King Felipe VI apologise for the genocide of the native peoples in America.

“We join the voices that are raised in America to demand that the King of Spain rectify, reflect and apologise to Latin America and the Caribbean for the 300-year genocide against indigenous peoples,” Maduro said.

The Venezuelan leader criticised Spain's celebration on October 12 of Dia de la Hispanidad, or Hispanic Day, a national holiday in Spain that commemorates the date when Christopher Columbus first set foot in the Americas in 1492.

According to Maduro, it represents an "immense offense to the memory of the men and women they murdered."

“More than 500 years ago, the Spanish empire killed, banished and enslaved millions of indigenous people. They came here to invade, colonise and massacre our grandfathers and grandmothers. Spain must rectify and apologise to all of America," the head of state said on Twitter.

Maduro said he will send a letter to the King of Spain to “reflect” on the events that marked colonialism and genocide in Latin America and stressed that "Spain also has a good, glorious, heroic history of struggle against colonialism, against vassalage," so it should understand.

People in various Latin American countries including Mexico, Guatemala, Honduras and Ecuador took to the streets on Tuesday to demand the vindication of the rights of indigenous peoples who suffered at the hands of European settlers.

Maduro welcomed the mobilisations to commemorate the Day of Indigenous Resistance in Venezuela.

“In the streets of Caracas, a clear message was given: these lands will never again be anyone's colony,” he said.

It is not the first time that a Latin American leader has demanded an apology from Spain.

In 2019, Mexico's President Andres Manuel Lopez Obrador sent a letter to Spain's King Felipe VI and Pope Francis asking them to apologise for human rights abuses committed during the conquest of the region 500 years ago.

The Spanish government at the time released a statement saying it “firmly rejected” the assertion. 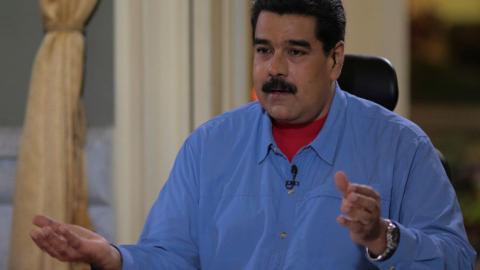 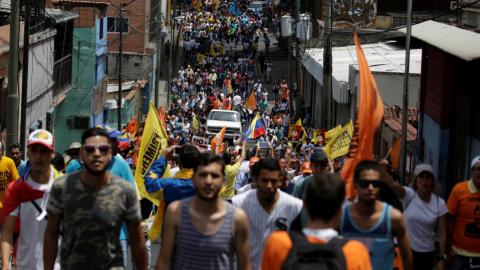