Among the artworks, is a photo of a William Shakespeare-inspired private collection picturing burlesque artist Janet Fischietto as Katherine, protagonist of Shakespeare's comedy "The Taming of the Shrew."

"Gian Paolo Barbieri: Unconventional" opened on Tuesday, featuring art that Barbieri, 87, produced during his career for designer brands like Dolce & Gabbana and Vivienne Westwood as well as of famous names including actress Monica Bellucci and designer Donatella Versace.

Barbieri came to the fore of international fashion photography in the 1960s. His trademark black-and-white shots and theatrical-like settings tapped into film noir.

Black and white photography "gives the ability to imagine all the colours one wants" and focus on the essence of the image, Barbieri told Reuters news agency in an emailed response to questions.

"I have always expressed myself more in black-and-white photography," he said. "However, I also learned to love colour," he added, describing many of the works on exhibit.

'A triumph of beauty'

On Monday, past models and designers flocked to Milan's 29 ARTS IN PROGRESS gallery for a preview.

Among the artworks, is a photo of a William Shakespeare-inspired private collection picturing burlesque artist Janet Fischietto as Katherine, the protagonist of Shakespeare's comedy "The Taming of the Shrew."

Stacked against a vivid green tropical background on top of a donkey and in her performing costume, her tattoos in plain sight, the photo showed a powerful and glowering woman with a mischievously sensual aura, Fischietto told Reuters while speaking just besides the hanging artwork.

"I adore his photography" and "with colour, all this explodes into a triumph of beauty", she said.

"We wanted to show a new facet of Gian Paolo," said co-founder and co-director of the gallery Eugenio Calini, recounting the painstaking research in Barbieri's archives, which store "over one million negatives".

The exhibition runs until March and a documentary about Barbieri is released in Italian cinemas on Tuesday.

"We see Gian Paolo in colours" and "it is beautiful to have such an artist still expressing his point of view today in Italy," added Italian Fashion Chamber President Carlo Capasa. 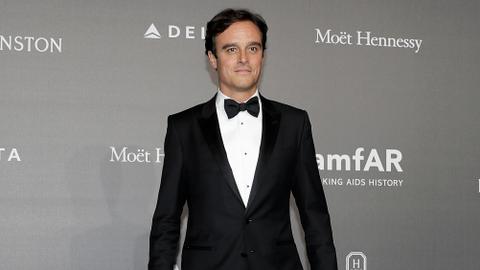