The satire won Best Film as well as Best Director, Best Screenplay and the Best Male Performance award for Zlatko Buri during the ETA awards on Saturday at the Harpa Conference and Concert Hall in Reykjavik, Iceland.

TRT General Manager Mehmet Zahid Sobaci, celebrated the awards won by the film, writing on his social media, "Our films became the best in Europe two years in a row. I congratulate the film crew."

Triangle of Sadness is also a finalist in the LUX Audience Award, which will be announced in June, 2023.

On Monday, it was also announced that that the film received two nominations in the US-based award-giving body, the Golden Globes.

The film earned a nomination for Best Motion Picture for Musical or Comedy, as well as a Best Supporting Actress for Filipina actress, Dolly de Leon. De Leon had also won  Best Supporting Performance for the film at the LA Film Critics on Sunday.

"Triangle of Sadness" is a social satire on wealthy industrialists and influencers, featuring two models and influencers, Carl (Harris Dickinson) and Yaya (Charlbi Dean) who are invited on a luxury yacht cruise.

In addition to Türkiye, other co-producer countries were Sweden, France, the United States, the United Kingdom, Switzerland and Greece.

It won the top honour, Palme d’Or, at the 75th Cannes film festival, putting Ostlund among a select group of two-time winners of the top prize at Cannes. 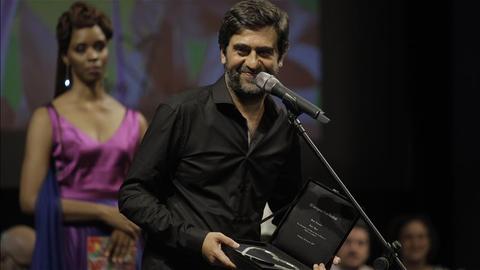