Activist Nathan Law who declined to disclose his whereabouts for safety has said that he left because Hong Kong needs an advocate for democracy who can work internationally.

Prominent Hong Kong democracy activist Nathan Law has left the city for an undisclosed location after testifying in a US congressional hearing about a tough new security law imposed by mainland China on the semi-autonomous territory.

Law, who declined to disclose his whereabouts for safety, said in an interview with The Associated Press on Friday that he left because Hong Kong needs an advocate for democracy who can work internationally.

Under the new security law, activists and politicians in Hong Kong who speak to foreign media or testify in foreign hearings can be arrested for secessionism or colluding with foreign forces, Law said.

“For me leaving the place that I love, that I grew up in, that I spent most of my life in, it’s definitely a really difficult decision, but this is more than a personal choice,” he said. “I miss everything from it.”

1. THREAD: No Hong Konger is under the illusion that Beijing has any intention to respect our basic rights and honor its promises to us. Mass arrests have already begun on the first day of the National Security Law's implementation.

The security law, which took effect Tuesday night, targets secessionist, subversive or terrorist acts, as well as collusion with foreign forces intervening in the city's affairs.

Under Beijing's direction, local authorities have moved swiftly to implement the law's sweeping conditions, with police arresting about 370 people on Wednesday, including 10 on suspicion of directly violating the law, as thousands took to the streets in protest.

China's Cabinet on Friday appointed a veteran Communist Party cadre who rose to prominence during a crackdown on villagers seeking land rights in 2011 as head of a new central government national security office in Hong Kong. Zheng Yanxiong and his department will report directly to Beijing without oversight from Hong Kong's courts or any requirement that they answer to local authorities.

Law, 26, rose to prominence in Hong Kong as one of the student leaders of the pro-democracy Umbrella Revolution in 2014. In 2016, he became the youngest lawmaker elected to the city’s legislature but was later disqualified after he raised his tone while swearing allegiance to China during the oath, making it sound like a question.

He was a leader of pro-democracy group Demosisto with fellow activists Joshua Wong and Agnes Chow. All three resigned Tuesday ahead of the security law coming into effect. With the loss of its top members, Demosisto dissolved.

'Last nail in the coffin'

The Hong Kong government announced on Thursday night that the popular protest slogan “Liberate Hong Kong, Revolution of Our Time” connotes a call for Hong Kong’s independence or its separation from China, and those using it or displaying it on flags or signs could be in violation of the new law.

Critics including Law say the legislation effectively ends the “one country, two systems” framework under which the city was promised a high degree of autonomy when it reverted from British to Chinese rule in 1997.

“That is blatantly eradicating ‘one country, two systems,’ it’s blatantly putting the last nail in the coffin,” Law said.

He urged the international community to prioritise human rights over trade interests, and to present a united front to “combat or contain the authoritarian expansion of China.”

Under the security legislation, the maximum punishment for serious offences is life imprisonment, and suspects in certain cases may be sent to the mainland for trial if Beijing deems it has jurisdiction.

Canada on Friday suspended its extradition treaty with Hong Kong to protest the sweeping new national security law China has enacted in the financial hub.

Canada is also halting exports of sensitive military gear to Hong Kong and updating its travel advisory so Canadians traveling there will know how the law might affect them, the Foreign Ministry said.

"Canada is a firm believer in the one-country, two-system framework," Prime Minister Justin Trudeau said, referring to the semi-autonomous model adopted after Britain returned Hong Kong to China in 1997. 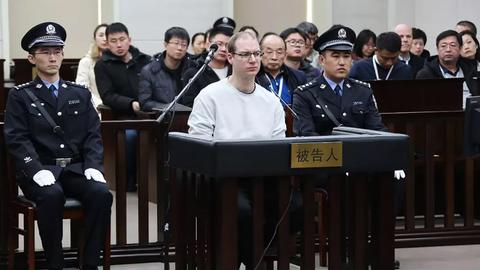 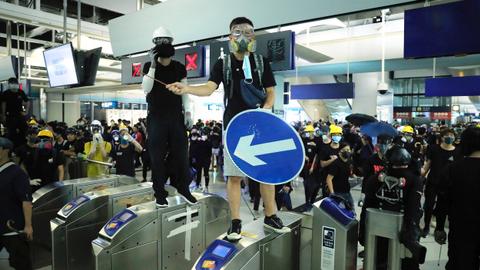