The Hindu nationalist regime in New Delhi reveals its plan to break a 70-year treaty with Kashmir, dismembering a region that has been kept on lockdown.

The Indian government’s unprecedented decision to strip Kashmir of the last vestiges of its autonomy has left experts wondering what Prime Minister Narendra Modi is trying to gain.

New Delhi wants to amend the constitution and hollow out Article 370 and one of its key clauses 35A, which bar people from other parts of the country from buying property in the heavily militarised region that is also claimed by Pakistan.

The development threatens to change the demography of India-administered Kashmir, where an overwhelming Muslim majority has been fighting for independence for more than 70 years.

India and Pakistan have fought three wars over the disputed territory divided between the two nuclear-armed neighbours.

“I’m at a loss for words to express what’s happening,” says Khalid Shah, a Kashmir researcher at the New Delhi-based think tank Observer Research Foundation. “Kashmir will be on the edge for a very long time.”

Over the weekend, India deployed thousands of additional troops to the region, citing an unspecified terrorist threat. The reinforcement was sent to beef up the strength of half a million Indian troops that have been stationed in the region for several decades.

The government has detained local politicians and shut down the internet and phone connections - completely cutting off Kashmir from the outside world.

“It’s very difficult to say how people are going to react. I’m not sure if people have even received the message,” says Shah.

The Indian government has taken a unilateral decision without the consent of the Kashmiri people, he says.

But while Modi did make amending the constitution of disputed Kashmir an election pledge, people didn’t think he’d go all the way, especially considering its regional fallout.

“I think Modi is following in the footsteps of President Donald Trump who moved the United States embassy in Israel to Jerusalem. There were protests for few days and then silence,” says Dr Shaista Tabassum, a Karachi-based international relations expert.

“Pakistan must build pressure and task its foreign missions to take this up everywhere in the world.”

Islamabad has condemned the “irresponsible, unilateral and irrational behaviour” by India and warned that Indian action could turn Kashmir “into a flashpoint and a destabilising factor”.

Kashmir, the Himalayan region, has been at the heart of the India-Pakistan conflict since their independence from British colonial rule in 1947.

Earlier this year, they came to the brink of war after India sent fighter jets and attacked an uninhabited strip of land in Pakistan-administered Kashmir, triggering retaliation in which  Pakistan’s air force shot down an Indian jet over the disputed region.

Under multiple United Nations resolutions, Kashmir neither belongs to India nor Pakistan until its inhabitants are given the chance to choose either of the two sides.

Both sides have made provisions in their laws to abide by those resolutions. But now New Delhi has backtracked.

“India has made situation difficult for itself. The politicians such as Omar Abdullah and Mehbooba Mufti who were willing to work with New Delhi have been sidelined,” says Khalid Rehman, Director General of the Islamabad-based Institute of Policy Studies.

“It is a test for global community and we would see if it stands with principles or a government using brute force.”

Trump recently offered to play the role of mediator between the two neighbours to help solve the Kashmir dispute. That offer offended the Indians, who reject international mediation.

Trump met Pakistan Prime Minister Imran Khan last month and sought Pakistan’s help to “extricate” the US from the bloody war in Afghanistan, where Taliban insurgents continue to gain ground.

Pakistan is believed to have close ties with the Taliban.

“[The] Trump reference to Kashmir mediation and the Afghanistan peace process are setbacks to India and its regional interests and goals,” says Michael Kugelman, Deputy Director of the South Asia Programme at the Wilson Center.

Modi’s bold move could also be part of his efforts to consolidate support within India where an economic slowdown has hurt his profile.

“[The] Modi government was in a really good position for a while but then there was disillusionment among its rank and file as economic reform plan faced setbacks,” says Kugelman.

But, he says, New Delhi’s decision could easily backfire.

“Pakistan would have a significant victory in the court of public opinion because it doesn't look good for India, a rising power, to be cracking down in Kashmir,” he says.

“Islamabad actually benefits by essentially saying why is India doing it and engaging in rhetorical flourishes.” 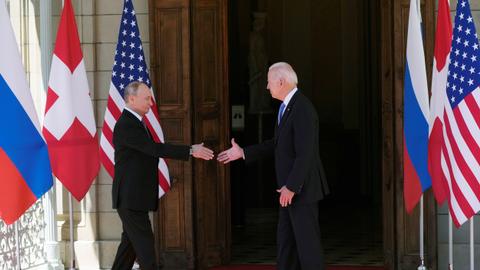