Pakistan seeks to expand relations with US – army chief

Pakistan's army chief highlights Pakistan's long history of excellent and strategic relationship with the US as PM Imran Khan accuses Washington of backing a no-confidence move to remove him from office.

Pakistan seeks to expand its relationship with Washington, army chief General Qamar Javed Bajwa has said, a day after Islamabad protested to the US embassy over alleged interference in its internal affairs.

"We share a long history of excellent and strategic relationship with the United States, which remains our largest export market," Bajwa told a security conference in Islamabad on Saturday.

Also highlighting close diplomatic and business relationships with longtime ally China, Bajwa added: "We seek to expand and broaden our ties with both countries without impacting our relations with the other."

The statement from the army chief comes a day before Pakistan's Prime Minister Imran Khan faces a no-confidence vote in the parliament.

Khan on Saturday said the move to remove him was an attempt at regime change backed by the United States.

Khan told a group of foreign journalists that, "the move to oust me is (a) blatant interference in domestic politics by the United States".

Khan said on Friday that Islamabad had given a protest note to the American embassy over what he described as a foreign conspiracy to oust him from power.

Faced with a tight no-confidence vote on Sunday that could see Khan ousted after defections from his ruling coalition, he has been alleging in his campaign to remain in power that a foreign-funded conspiracy was backing his ouster after he visited Moscow in February.

US denies seeking to remove Khan

The US embassy in Islamabad did not immediately reply to a request for comment. The White House has denied that the United States had been seeking to remove Khan from power.

Bajwa said Pakistan was deeply concerned over the conflict in Ukraine, adding his country also enjoyed longstanding relations with Russia, but "despite legitimate concerns by Russia, its aggression against the smaller countries can't be condoned." 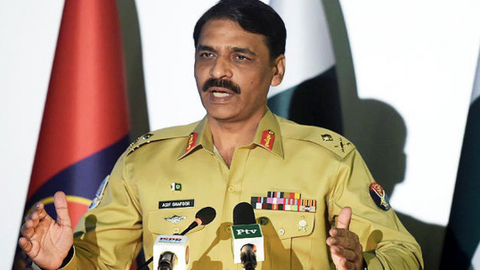 "Don't mess with Pakistan," India is told amid Kashmir tension 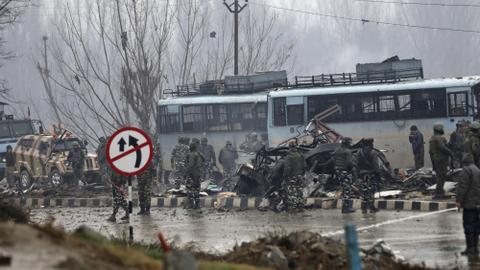