The first Mevluede Genc medal was given to a youth organisation in the west German city of Duisburg. She lost two daughters, two granddaughters, and a niece in 1993.

The Genc family lost five members when a gang of four Neo-Nazis set fire to their house in the town of Solingen, in Germany’s North Rhine-Westphalia state, 26 years ago.

Referred to as the Solingen arson attack, the incident on the night of May 28 was one of the most serious acts of xenophobic violence in post-Second World War Germany.

Two young women were also killed by the blaze, including Hatice Genc, who was 18, and Guersuen Ince, the eldest of the victims at just 27 years old.

The fire also wounded 14 members of the family, including a number of children, some seriously.

Mevluede Genc, who was 50 at the time, had to live with the reality of losing two generations of her family. Two of the victims were her daughters, another two were granddaughters, and one was a niece.

Her words on the 25th anniversary of the killings last year moved many in Germany, a country once again dealing with a resurgent far-right.

“That night I cried. But on the next morning I had to smile at my surviving children to make sure that hatred did not enter their hearts,” said Genc, who has dedicated herself to combating all kinds of bigotry in the years since losing her family members.

At a ceremony at the state parliament building in North Rhine-Westphalia to mark a quarter of a century since the attack, Genc was rewarded for her activities against racism, xenophobia and intolerance with a medal in her honour.

The event was attended by Germany’s Chancellor Angela Merkel, and by Turkey’s Foreign Minister Mevlut Cavusoglu.

On Tuesday, the Duisburg Youth Welfare Association, or ‘Jungs’, became the first recipient of the Mevlude Genc Medal.

The state’s President Armin Laschet said: "The association is working hard…to ensure that people of different origins can live together and that there is no place in North Rhine-Westphalia for hatred, violence, anti-Semitism, and anti-Muslim hatred.”

A history of racist violence

After Germany’s reunification in 1990, there was a spate of attacks in the country amid an upsurge in xenophobic feeling within parts of the German population.

Foreigners and asylum seekers were targeted in racist riots, including in the eastern cities of Hoyerswerda and Rostock-Lichtenhagen.

The Solingen attack was just one of several deadly attacks during the period. In 1992, two girls and their grandmother, all of Turkish origin, were murdered by Neo-Nazis in the town of Moelln, six months before the fire in Solingen. 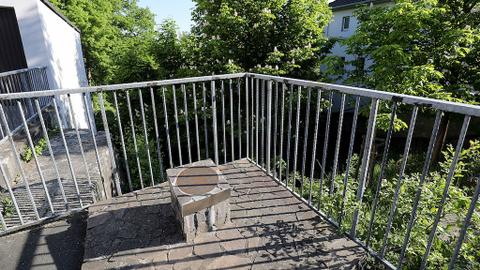