1.2 billion tonnes of food lost on farms alone, more than ever imagined

Aiming to halve post-retail global food waste is not enough, WWF warns, as it doesn’t take into account the significant amount of food waste produced beforehand.

The problem with many measurements of food loss and food waste is “[they] only begin post-harvest or slaughter,” says Pete Pearson, Global Food Loss and Waste Initiative Lead, WWF. He gives as an example the FAO Food Loss Index (prepared by The Food and Agriculture Organization of the United Nations).

The Driven to Waste report, prepared by the WWF and the UK retailer Tesco, estimates the total amount of food lost on farms to be a “staggering 1.2 billion tonnes,” which is the weight of 10 million blue whales. According to the report, this is “significantly more than the 931 million tonnes wasted from retail, food service and households, and enough to feed the world’s 870 million undernourished four times over.”

According to Pearson, more than half of the food lost on farms comes during and around harvests and is not captured in many other estimates: “When combined with updated data on loss in supply chains and waste at retail and consumption, we have a clearer picture of the scale of food loss and waste from farm to fork and can determine the most important actions to take for people, climate and nature.”

The term ‘food loss’ is frequently used to refer to agricultural production that’s lost unintentionally due to “a variety of factors including market conditions, poor infrastructure, poor agricultural practices, pests, disease, natural disasters and weather events.” Yet, Pearson points out, ‘food waste’ is often perceived as being caused by “negligence or a conscious decision to discard food, often at the retail or consumer stages.”

He believes the distinction can be misleading if it’s taken to imply that much of the food loss and waste occurring in the early stages of the supply chain is not due to human decision or error. “The findings of Driven to Waste illustrate that there are a multitude of human factors (conscious decisions or otherwise) that drive food waste at farm level and elsewhere within the supply chain.”

Pearson believes that the most important thing is that we set targets “to halve food loss and waste all the way through the supply chain, not just at the retail stage.” He talks about how food waste is perceived as food that is discarded at the point of consumption, in retail or at homes (“for reasons like surpassing expiration dates, not meeting aesthetic standards, or simply because people have ordered or cooked too much”).

He says other losses occur all the way through the planting and harvesting process (often because of uncontrollable factors like extreme weather or pests, but also due to market factors), storage, transportation and processing. Ultimately, he emphasises that “there are different actions needed at each stage of the supply chain, but deliberate human interventions can have an impact from farm to fork.”

The Driven to Waste report notes that food is lost on farms for a variety of reasons, including controllable factors and human decisions. Pearson says that in addition to direct drivers of food loss and waste there are also indirect systemic drivers from the wider food supply chain, governance and cultural factors. He gives as an example farmers unable to afford training or on-farm technologies to reduce waste because of the asymmetric power balance in the food supply chain, “which leaves farmers unable to negotiate fair prices and subject to last minute cancellations which may mean farmers cannot afford to harvest surplus food.”

Pearson is insistent that current policies are “not ambitious enough” to reduce waste as farmers simply having access to technology and training is inadequate –– “decisions made further down the supply chain by business and governments have a significant impact on the levels of food lost or wasted on farms.”

In order to have a meaningful reduction, he says, farmers should be supported by national governments and market actors across the world, who should “commit to halving food waste across all stages of the supply chain.”

The report mentions SDG 12.3 (FAO’s Sustainable Development Goal 12.3) “which in 2015 set the target to halve per capita post-retail global food waste by 2030 and achieve a reduction in pre-retailer losses.” Pearson says SDG 12.3 seems to focus more on retail and consumer food waste by placing a 50% reduction goal, while not placing a specific goal in the earlier stages of the supply chain, “only [vaguely] calling to ‘reduce’ waste.” He finds it necessary “to set ambitious targets across the supply chain, to halve all food loss and waste from farm to fork.”

In addition to continuing existing actions “such as improving training and infrastructure, as well as developing additional interventions to address biological and environmental threats to crops, livestock and fisheries” there is a need to “address issues within the wider food system.” Pearson lists these as “imbalances of power between farmers and retailers; market structures that keep farmers separated from the end consumer; and a lack of governmental support or policy to drive change. These keep farmer incomes suppressed and maintain the status quo, which perpetuates waste.”

Pearson’s recommended course of action is to involve multiple stakeholders. He believes that in addition to investing in technology, training and infrastructure, there is a need for more holistic solutions: “NGOs and multilateral organisations, market and supply chain actors, governments and citizens can all play a role in tackling the direct drivers of food waste on farms.”

Headline image: A gate to a pasture in Gryt archipelago, Sweden. Photo by Germund Sellgren / WWF-Sweden 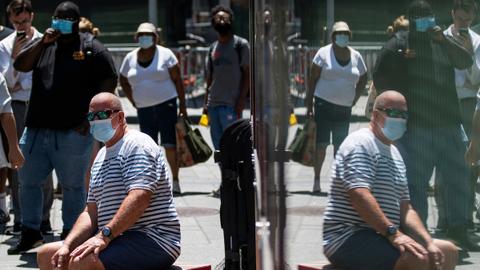