The 28th Istanbul Jazz Festival is coming our way in September with a fantastic lineup, great outdoor venues, and numerous free park concerts.

The 28th Istanbul Jazz Festival dates and lineup has been announced. The festival will be held between September 1 and September 18 this year in open air venues throughout the city, and will also include free concerts for anyone to attend.

The festival this year will be a breath of fresh air, with pandemic restrictions being gradually relaxed in Turkey with the vaccination programme moving at warp speed. The Istanbul Foundation for Culture and Arts (IKSV) General Manager Gorgun Taner said “We have once again realised what a primary requirement arts and culture is and that it should always be prioritised, after the last one and a half years that will be remembered as a unique time period.”

“As life is going back to ‘normal’ we cannot wait to get back together at concerts,” he added. Ironically, Taner was speaking to the press, but over a Zoom conference.

“We are working to revive Istanbul’s culture and arts scene with our festivals. The 28th Istanbul Jazz Festival will offer a rich and varied programme all around Istanbul's parks and open air venues, including free concerts that will be open to visitors from all ages.”

He emphasised that “We will remember, together, how good music is for us,” thanking the Republic of Turkey Ministry of Culture and Tourism and festival sponsor GarantiBBVA in addition to other supporters, concert attendees and all artists that are a part of the festival.

GarantiBBVA Vice President Isil Akdemir Evlioglu expressed her enthusiasm for open air concerts, saying the pandemic had cut off people from the streets, from live performances and concerts for a long while. “We missed our city’s vivacious, music-filled atmosphere,” she said.

She added that the festival was focused on accessible cultural creation, as well as gender balance such as represented by the Keychange programme. The festival, a member of the programme, was able to reach its goal of 50-50 percent representation before its deadline of 2022 by achieving equality in representation this year.

Akdemir Evlioglu also mentioned the reduction of carbon footprint of the festival, saying this goal was a vital one for Turkey and the world.

Istanbul Jazz Festival Director Harun Izer explained that the festival was being planned for September – rather than its usual slot in July -– due to considerations of current circumstances. “Despite the difficult conditions, IKSV will organise the Istanbul Jazz Festival in cooperation with performance artists and other cultural workers and help revive culture and arts activities in the city and bring musicians once again to the stage and to their listeners.”

Tickets for the festival go on sale for Tulip Card holders - loyalty cards for IKSV supporters - starting on July 6, 2021, and will go on sale for the general public on July 9, 2021. They will be available at passo.com.tr and the main IKSV box office in Sishane, in the Beyoglu district. Between July 9 and July 15, 2021, tickets will be sold at a 20 percent discount to GarantiBBVA credit card holders.

The motto for this year’s festival is #cazhissediyorum, meaning “I feel jazz.” This enthusiastic and happy motto heralds the arrival of better days after the pandemic, filled with music and joy.

The highlights of the festival include singer, actor, writer and activist Angelique Kidjo’s “An African Odyssey.” a four-time Grammy winner, and a UNICEF Goodwill Ambassador, Kidjo will take the stage on September 6, 2021 at The Marmara Esma Sultan Yalisi. Expect a concert “filled with African melodies, soul, funk, rap, samba, reggae, jazz and blues, with a journey starting from Africa, and making stops at the Sahara, London, and dropping off at the calm shores of France.”

Conductor and trumpeter Ennio Morricone passed away in July 2020. Stefano Di Battista’s “More Morricone” concert will commemorate the legendary artist while showcasing his memorable film soundtracks. The opening band for this event is Ferit Odman Quintet, a local group that has rightfully earned accolades from critics and fans alike.

Known for his pop music career, Kenan Dogulu ventured into jazz in 2016 with a project called “Ihtimaller” (Possibilities). He is performing many of his hits from his 28-year pop career, but in jazz format, organised by Ercument Orkut, Can Cankaya and Bulut Gulen on September 15, 2021 at the Harbiye Cemil Topuzlu Open-Air Theatre.

BBC Introducing Artist of the Year Arlo Parks will be at Beykoz Kundura stage on September 10, 2021, while Altin Gun, a multi-national band, will bring Turkish melodies with their psychedelic interpretation to Vadi Istanbul on September 16, 2021.

The Young Jazz concerts will be held for the 19th time this year: started by the Istanbul Jazz Festival to encourage amateur or semi-professional young musicians or bands, the project is being supported by the Mehmet Ulug Fund this year. Mehmet Ulug was a businessman, organiser, and music curator who passed away in 2013. He was the co-founder of Pozitif music organisation firm, as well as the concert venue Babylon and the record label Doublemoon.

This year, the Young Jazz programme plans to offer a recording studio, mastering, and an album to bands selected to the project for the first time. The album is expected to hit the shelves in November 2021. 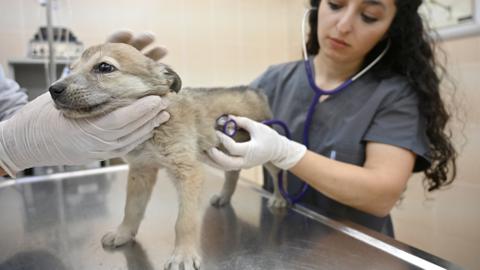