21 years after 9/11, an American mother wages a personal ‘war’ for Afghans

Phyllis Rodriguez, who lost her 31-year-old son in the twin tower attack, leads a group of US citizens to protest the US government’s ‘unjust’ targeting of Afghan civilians.

On September 11 twenty-one years ago, terrorists hijacked and flew two planes into the twin towers of the World Trade Center, killing 2,973 people, injuring thousands of others and forever altering many people’s lives in and outside of the United States of America.

Among the grieving was a  mother who lost her 31-year-old son in the attacks that serve as a catalyst for reflection on how it changed the country’s national security strategy and spurred  a US “war on terror” worldwide.

Acceptance was tough for Phyllis Rodriguez, but what followed after, was even harder.

The US government’s response to the attacks was military retaliation. On a cold night of October 7, 2001,  US forces invaded Afghanistan, aiming to eliminate the al Qaeda group held responsible for the worst terror attack on US soil.

As the details of the invasion emerged, Phyllis and her husband Orlando felt a sense of dread for the war imposed on the common Afghans who had nothing to do with the radical views and actions of the militants.

The family did not want the retaliatory violence to be justified in the name of their son Gregory. They united with other family members of those killed on September 11 to turn their grief into action for peace, and formed an organisation, ‘September Eleventh Families for Peaceful Tomorrows’.

Being part of the organisation helped her deal with her trauma.

“It’s hard to describe the trauma of losing a son by violence, but my husband and family all felt that we had to speak up against political actions committed in his name, like military actions, hyper-surveillance, suppression of free speech, etc,” Phyllis tells TRT World.

“That plus our social activism have made me a stronger person.”

The US’ war in Afghanistan continued for more than 20 years –  so did their campaign against it.

As the US completed its withdrawal from Afghanistan in August last year, allowing the Taliban to come to power, nearly 80 members of the 9/11 victims have now shifted their focus from the anti-war campaign to raising voice against the Biden administration decision of freezing Afghan funds worth $7 billion owned by Afghanistan’s central bank.

The families are demanding the immediate release of those funds before millions of Afghan civilians potentially die of starvation.

On February 11, President Joe Biden issued an executive order, months after the Taliban took over in August of Kabul, regarding the $7 billion of Afghan funds invested in the US Federal Bank that it would not be returned to Afghan’s Central Bank.

Instead, it would be split in half, with half of the proceeds going to 9/11 families who were suing the Taliban for collaborating with al Qaeda.

The sanctions on some top Taliban members and the freeze on Afghan assets caused the Afghan economy to collapse in only a few short weeks.

Inflation has skyrocketed. People are  unable to access their savings, pay salaries. Trade and investments have become impossible and companies are filing for bankruptcy.

Phyllis along with 20 other members of the Peaceful Tomorrows  put their heads together and decided  to write a letter to President Biden in response to his decision.

“We wanted to get as many signatures of 9/11 victims, family members, not necessarily members of the Peaceful Tomorrows,” Phyllis says.

“A few of us split up a list of families of 9/11 victims, and we started making calls and also sent emails.”

Phyllis says  her first aim was to educate people who were ‘terribly informed’. And then there were others who had reservations.

“We did not ask for their decision on the spot. We informed them of the situation in Afghanistan and (about) the innocent people suffering as a result of Biden’s decision.  And left it there. We got almost 80 signatures and that we figured was quite good.”

“One of our longtime members of Peaceful Tomorrows did not agree to sign the petition. She lost her husband in the 9/11 attacks.

We are proud to join over 40 organizations in calling for the return of Afghanistan's Central Bank assets and to stop the collective punishment of a nation that is starving. #unfreezeafghanistan https://t.co/HZFTL4XsjF

“She wasn’t sure she wanted to sign. And I asked her why, and she said, ‘I don't want the Taliban to get a hold of it’.”

In recent developments, a source tells TRT World, Washington is working on a plan to deposit $3.5 billion with the Bank of International Settlements and have the money distributed under a third-party monitoring system.

The Da Afghanistan Bank could receive the funds for end use “but the US would want a strict compliance with anti-money laundering and terrorist financing protocols in addition to a third-party supervision of the funds”, the source says.

The international board of experts is tasked with ensuring all those conditions are met.

So the Taliban government is far from getting its hands on the frozen assets.

But unless the US and other governments ease restrictions on the country’s banking sector to facilitate legitimate economic activity and humanitarian aid, the UN estimates about 1 million children could die of starvation by the end of the winter.

According to reports, families in Afghanistan are ‘selling’ their children into marriage in order to pay for essentials like food and petrol. Others were boiling grass to feed their children.

“When it comes to Afghanistan, I feel like we are on the same boat,” Ellen Judd, who lost her partner in the 9/11 attacks, tells TRT World.

“But some of us have a better lifeboat than other people (in Afghanistan)”.

Masuda Sultan, co-founder of Unfreeze Afghanistan, a coalition advocating for the release of funds for Afghan civilians, says  that even if the frozen assets are released, the money will not work as a “magic bullet of any kind”.

“Afghanistan is in such a deep catastrophe that resuscitating the economy requires many things to happen… increase in aid, economic development projects to restart, and banking to normalise,”  Sultan tells TRT World.

“This money is just one part of it and will not fix everything alone.”

But the frozen assets are related to the Central Bank functions, currency, monetary policy and banking which has to do with the underlying economy. It may not be so visible but incredibly important, according to Masuda. And if it does not work, a whole economy can go into a tailspin.

“Some people say, ‘we shouldn't give money to the Taliban’. But the Taliban have been clear this is not their money. This money belongs to all Afghan people. It is an entire nation’s wealth that is used for defending its currency and for its banking. And it is the wealth of a nation that is currently living in famine-like conditions, among the poorest on earth,” adds Sultan.

“Should we withhold their money and force them into mass starvation because we think it will encourage their leaders to change?”

Back in White Plains, New York, Phyllis on the 21st anniversary of her son Gregory’s death, expresses how difficult it is each year for her to reel from the tragic event. And not just because she lost her son, but also the suffering of the Afghan people leaves a profound feeling of sadness within her.

“The people of Afghanistan are still suffering because the war imposed on them was justified in my son's name,” she adds.

“It’s personal and it hurts.” 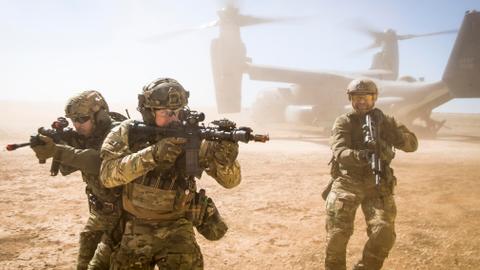 American exceptionalism: Does it include talking to terror groups?