Gokcen Kaynatan’s music is as fresh as it was composed about five decades ago. But can this 78-year-old rock and roller find a niche in the 21st century and connect with a new generation?

Gokcen Kaynatan has curly white hair past his shoulders, and a work space in an apartment in Kadikoy, Istanbul’s cultural hub on the Asian side. As he beckons TRT World to the fifth-floor walk-up he says, “Closer to God,” and laughs, probably remembering all past visitors panting as they climbed stairs and paused to catch their breath. He is in good spirits and looks younger than his age.

The cramped apartment is full of instruments collected over a lifetime, as well as photographs of past performances, newspaper clippings, machine parts and furniture. In what appears to be a living room — if there were fewer objects covering the couches and a desk — a petite blonde lady smiles and introduces herself as a family friend. Her name is Selma Ustundag.

Ustundag talks about Gokcen Kaynatan, whom she reverentially calls ustad (maestro), while the maestro himself disappears into the back of the one-bedroom apartment converted into a music studio.

At 78, Kaynatan has just put out a new album on the UK’s Finders Keepers Records, a label dedicated to digging up “new and interesting music,” as co-founder Doug Shipton describes it later. Kaynatan’s self-titled album contains tracks recorded between 1952 and 1978. The tracks have not been readily available in Turkey or elsewhere, being out of print for years and fetching a pretty penny on discogs, the marketplace for vinyl aficionados, and eBay, the auction site. The new album, released on December 1, seeks to reach out to a wider audience.

“In the 1950s and 1960s, there was Beatlemania, and the Ventures were also very popular,” Selma Ustundag says. “Gokcen Kaynatan was the pioneer who brought this music to Turkey.”

While Gokcen Kaynatan has played and recorded cover versions of rock and roll bands, she says he has also tinkered with electronic instruments. Kaynatan's drive to explore other genres helped him compose new age music way before the “new age” genre became popular in the early 1980s.

In his studio, Gokcen Kaynatan plays a track called Lost Island. It sounds remarkably like something out of French duo Air’s Moon Safari album, except Kaynatan composed it sometime between 1952 and 1953. “I had no tools; no nothing,” he says. “No effects, all handmade music. It sounds like it was composed 30-35 years later, but I did it by hand, decades ago.”

“People who listen to the music (he composed in the 1970s) ask in wonder how he was able to do it. It’s hard to explain,” Selma Ustundag says in the living room, out of his hearing range. You can hear the admiration in her voice as she compares him to geniuses of the past.

“Just like you can’t explain Einstein’s theories, or Leonardo da Vinci’s works... It’s something special in the brain. I don’t know if it’s reincarnation, or some special gift, but it’s inexplicable,” she smiles, with bright eyes.

According to Ustundag, Kaynatan slipped into relative obscurity because of his decision to focus on his career as an interior architect—restoring and renovating buildings in Istanbul’s cosmopolitan Beyoglu district.

Shipton came to Istanbul to DJ at Kaynatan’s record release party on December 9 in one of the hippest venues in Kadikoy, Bina. “It’s almost criminal that he’s not as famous as he should necessarily be,” Shipton says.

Shipton believes Kaynatan “precipitated the rise of Anatolian rock as we know it,” and recognises him as one of the original purveyors of Turkish rock and roll.  “He worked with all the key players. He helped Baris Manco fix his synthesizers; he was in a band with Erkin Koray when they were 14 years old; he taught Siluetler how to play the guitar when they were in his band before they went and set off on their own.”

Shipton says Kaynatan is simply “a very, very important figure… that for one reason or another just never quite made it into this re-canonisation of Turkish popular culture from the past 50 years.” He mentions Kaynatan’s name in the same breath as Turkish greats Baris Manco, Selda Bagcan, Ersen, Erkin Koray, and Cem Karaca.

Finders Keepers Records plans to release Kaynatan’s next album with the working title 2050. Meanwhile, Kaynatan’s self-titled record album, which hit the stands this month, is his “first release in 44 years.”

Describing an untitled track from 2050, Kaynatan gets visibly excited. He describes a vision where breakdancers, belly dancers and traditional Turkish Black Sea coast horon dancers share the same stage with international instruments, such as bagpipes. “Wherever in the world you take this show,” he says, “you can insert that region’s instruments, play the same melodies, dance that region’s dances.” He says that he believes in a truly universal kind of music, one that unifies.

Gokcen Kaynatan performed recently at the Mix Festival hosted by Zorlu Performans Sanatlari Merkezi, a newish multi-venue performing arts centre located in a luxury shopping centre in Istanbul. The performance on December 16 was sparsely attended, possibly due to his early evening spot, as well as his relative obscurity among concert-going youth in Istanbul.

To add insult to injury, a crew member responsible for handling the computer was held up at the airport due to Istanbul’s infamous fog, and the concert started and went on without him. Kaynatan handled it like a professional, introducing his band members, the songs, and inviting the audience to participate in his adaptation of a Turkish folk song called Madimak.

“We expect Madimak to be a club hit this summer,” Selma Ustundag told TRT World. Indeed, it has all the markings of a commercial success: a catchy tune, a playful rhythm and an older yet energetic man behind the electronics. Kaynatan appears to be on the path to resurrection despite the fact that fame found him at a later age. 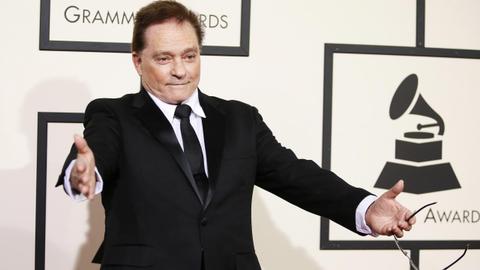