While some schools are open, disruption to internet connections and phone networks makes studying and preparing for exams difficult.

Srinagar, Indian-administered Kashmir - Insha Mukhtar is an 18-year-old studying science with the hope of becoming a doctor, but she has not attended class in almost two months.

Her studies were abruptly interrupted in early August when India’s ruling Hindu nationalist Bharatiya Janata Party (BJP) abrogated Article 370 of the Indian constitution, which had provided limited autonomy to the disputed region and protected it from demographic manipulation.

Since then she has been confined to her home, where she finds it difficult to study given the political tensions prevailing around her.

“Everything has come to halt,” she told TRT World. “We cannot go to school because of the situation. The government does not care about the children of Kashmir...Our dreams are not important to them.”

The BJP’s decision to revoke the treaty was accompanied by a massive military operation, which saw troops flood what is already one of the most militarised areas in the world, and the mass arrests of thousands of protesters.

Residents of Kashmir are unable to send their children to school because of the fallout of the ongoing crackdown. The region’s transportation infrastructure is barely functioning, meaning getting to school is a challenge for both students and teachers. Most schools have asked their teachers not to come in.

Others want to avoid sending their children out into the unknown because of the fear of violence and the knowledge that if clashes do break out, there will be no way of contacting them due to the communications shutdown.

Mukhtar, who lives on the outskirts of Indian-administered Kashmir’s main city of Srinagar, said she wanted to sit a competitive exam that would determine whether she could get a place at medical school. However, the stress and practicalities of the ongoing crisis had made her unsure as to whether she would be adequately prepared for the test.

One immediate impediment is the lack of communications networks, which makes it impossible for students like Mukhtar to either study independently online or reach out to teachers for clarification on subjects of difficulty.

Indian authorities have indefinitely suspended internet and phone services, leaving the region of eight million people cut off from each other internally and  from the outside world.

“When I find something difficult to understand, I do not have a teacher or a guide to ask,” Mukhtar said.

“It is a very stressful situation for all students.”

The effects of the communications lockdown are widespread and far-reaching. Many students TRT World spoke to said that they were unable to apply for scholarships or job opportunities.

"They say this whole thing will bring prosperity but they have already started crushing us slowly,” said 25-year-old Khalid Habib.

Mukhtar and Habib are at an age where they can understand Kashmir’s precarious political situation, even before the unprecedented developments of the past few weeks.

For younger children, perhaps free of the pressures of exams, the burden of knowing what they are missing out on falls on their parents.

Eight-year-old Inabat Suhail, for example, repeatedly asks her mother to take her to school so that she can meet friends and play with them.

“She asks every day and I have no answer,” her mother, Madiha a home-maker from Srinagar, told TRT World.

The situation for students in Kashmir has caught the attention of Nobel Peace Prize laureate, Malala Yousufzai, who said she was “deeply concerned” about the situation in the region after conducting interviews with Kashmiri children.

One girl told her that she felt “purposeless and depressed” because she could not get an education.

“I missed my exams on August 12 and I feel my future is insecure now. I want to be a writer and grow to be an independent, successful Kashmiri woman. But it seems to be getting more difficult as this continues,” Yousufzai quotes the girl as saying.

The activist for girls’ education urged the UN General Assembly, which meets on September 27, to work towards peace in Kashmir and to “help children go safely back to school.”

The Indian government has said schools will open for primary and lower secondary students in areas where curfews and other restrictions have been lifted.

However, parents are reluctant to send their children due to the ongoing crisis.

Several parents told TRT World that they would not send their children unless they had a way of contacting them during emergencies.

Ashiq Ahmad, a resident of Srinagar’s old city, said he would not risk putting his six-year-old daughter in harm's way.

“I cannot risk her life just because the government wants to portray everything is normal here,” he said.

Government spokesperson, Rohit Kansal, said that the government had opened schools but did not want to “force the children to attend”. He added that there had been an improvement in attendance in the schools. “The attendance is improving but it is still not 100 percent,” he claimed.

While restrictions have been loosened on younger children, higher education campuses remain closed.

Colleges and universities across the Kashmir valley, which have been focal points for protests in recent years, remain shut indefinitely.

'We never saw any peace'

Authorities have taken few measures to ensure students do not fall behind, and as things stand many risk losing an entire year of their academic lives to the ongoing crisis.

Some schools in the region have developed systems so that parents can come in and collect assignments and study materials for their children. Notices are placed in newspapers with dates and times for parents of students in specific classes to come in.

“We took this initiative as we could not find any other alternative. We were told to open schools but we could not do that,”one school principal told TRT World on the conditions of anonymity.

At home, both parents and children, have little else to do but dwell on their predicament.

“Our children are becoming aggressive and anxious because they feel caged inside their homes with nothing to do,” said 36-year-old Sadat, a mother of two.

“We never saw any peace. We always thought our children might see a better time but that seems unlikely.” 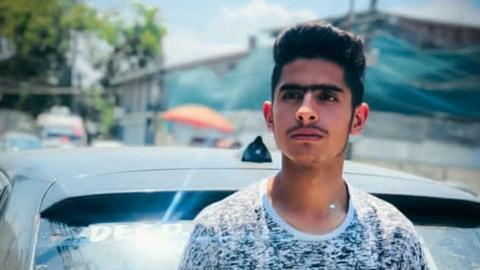