In an exclusive interview with TRT World, Ahmad Wali Massoud shares his thoughts on the staying power of the Taliban-led Islamic Emirate, the future of the resistance, and what the US and Britain both got wrong.

Five weeks after the Taliban’s swift capture of Kabul, Afghanistan’s Panjshir Valley remains a flashpoint for conflict. The Taliban has claimed control of the region, which eluded its control during its first stint in power from 1996-2001, but the National Resistance Front (NRF) insists that it maintains control of strategically important side valleys.

The Taliban has been accused of committing “widespread atrocities” in Panjshir Valley, which have resulted in the deaths of at least 20 civilians and large-scale displacements.

Last week, I spoke with Ahmad Wali Massoud, the younger brother of the late resistance icon Ahmad Shah Massoud – affectionately known as the Lion of Panjshir – and former Afghan ambassador to the United Kingdom. During our interview, Massoud shared his thoughts on his brother’s enduring legacy, the sustainability of the Taliban-led Islamic Emirate of Afghanistan, the future of the anti-Taliban resistance, and what the US and Britain got wrong and can do in Afghanistan.

As our interview coincided with the 20th anniversary of Ahmad Shah Massoud’s assassination on September 9, 2001, we began by highlighting his enduring legacy. Massoud described his brother as a “lover of freedom” and “man of resistance,” who was committed to an independent Afghanistan that was free of foreign interference.

To carry forward his brother’s legacy and lend support to the Afghan resistance, Ahmad Wali Massoud oversees the Massoud Foundation. Massoud contends that Ahmad Shah Massoud’s active promotion of the Afghan resistance’s cause in Europe and the US provide a platform for his current efforts, as many of the scenarios that Massoud had warned about two decades ago had now come to pass. Massoud’s primary goal is to “lobby foreign governments not to recognise the Taliban and take a firm stand against its support for terrorism.”

A military victory or a coup?

In his efforts to prevent the international community from recognising the Islamic Emirate of Afghanistan, Massoud emphasised that the Taliban’s hold on power is weaker than it appears.

During our interview, Massoud claimed that the Taliban is “leaderless,” as its Supreme Leader Mullah Hibatullah Akhundzada has yet to make an appearance.

Massoud also argued that the Taliban’s swift seizure of Kabul did not reflect its overwhelming military power. Massoud argued that the Afghan government was equipped with 300,000 troops, arms, and tanks, and could have resisted the Taliban via armed struggle for years. Instead, he asserts that it ceded power to the Taliban in a way that was tantamount to a “coup d’etat.”

Massoud asserts that the Afghan government’s surrender of power was orchestrated by US Special Envoy to Afghanistan Zalmay Khalilzad with the active support of President Ashraf Ghani. Massoud argued that the belief that Ghani’s government was corrupt and had no future caused the rapid surrender of large swathes of Afghan territory to the Taliban.

Massoud also pointed out a double standard in US foreign policy, as Washington “views the Taliban as Afghans two decades after describing them as terrorists.”

Massoud also emphasised that resistance to Taliban rule is a nation-wide and international phenomenon, not confined to Panjshir Valley. In the long-run, Massoud stated that the Taliban’s “only tool is extremism and violence,” as it can never secure the “consent of the people.

Massoud argues that progress towards women’s rights and civil society development in Afghanistan has created a ready-made resistance movement. While the current extent of opposition to the Taliban is difficult to measure, demonstrations for women’s rights and Pakistan’s alleged interference in Afghan affairs have broken out in Kabul. These protests persist, despite Acting Interior Minister Sirajuddin Haqqani’s ban on unauthorised demonstrations and the Taliban’s use of arbitrary detentions and disproportionate force against peaceful demonstrators.

Once Massoud made his case for the Taliban’s vulnerability, our interview delved deeper into the future of the Afghan resistance. As there is a “vacuum” and “no recognised government” in Afghanisan, Massoud thinks an interim “resistance government” should be constructed as soon as possible.

Massoud believes that this interim government would receive support from all ethnicities in Afghanistan and emerge as a viable alternative to the Taliban. Massoud stated that this government would eschew “old faces,” such as former Vice President Amrullah Saleh, as they are closely associated with Ghani-era corruption. Instead, Massoud believes that it should empower a generation of Afghans who are committed to resisting the Taliban.

Massoud believes that the Taliban’s conduct could encourage countries across the world to recognise this interim resistance government. As the Taliban have included “UN-blacklisted criminals” and “drug dealers” in their coalition, Massoud said it “would be a shame for any country to recognise them.”

While the Taliban might present a moderate face, Massoud believes that its involvement in massacres, targeted assassinations, exclusion of women from government and creation of a Pashtun-dominated coalition suggest that it has not changed. As freezing the Taliban’s assets and non-recognition of the Islamic Emirate could create an economic implosion, Massoud has called upon the international community to create an “independent channel” for humanitarian aid to Afghanistan and urged them to force the Taliban into accepting this body.

To achieve Massoud’s vision of creating an alternative government, anti-Taliban resistance forces face an uphill task. While Ahmad Shah Massoud’s niece Amina Zia Massoud has requested support from India and his son National Resistance Front (NRF) leader Ahmad Massoud has courted support from France and Russia, no major power has thrown its weight behind the resistance.

The most vocal supporters of recognising Amrullah Saleh as Afghanistan’s legitimate leader are Republican members of Congress, such as Florida Congressman Mike Waltz and South Carolina Senator Lindsey Graham.

A succession of failures

The remainder of our interview addressed the international community’s role in bringing about the current crisis in Afghanistan. Despite repeated denials from Prime Minister Imran Khan, Pakistan has been widely accused of aiding the Taliban’s takeover.

Immediately before Kabul’s fall to the Taliban, Massoud visited Islamabad as a part of an Afghan civilian and military delegation. During these discussions, Massoud urged Pakistan to use its influence over the Taliban to prevent violence in Panjshir Valley and selective killings.

Massoud recalls that Pakistani officials admitted to “wrong past policies” in Afghanistan and insisted that they wanted to not repeat those mistakes, avoid making enemies and “create a zone from Pakistan to Central Asia.”

Despite this rhetoric, Massoud believes that Pakistan is “resorting to old policies” and states that by following this course, “Pakistan will lose more than any other time before.” Massoud states that Pakistani officials will come to regret these policies because “terrorists are terrorists, there are no good and bad,” and Pakistan’s alignment with terrorists to advance its interests will “hurt its own people and country.”

Our discussion then pivoted towards the failures of US after the December 2001 overthrow of the first Islamic Emirate. Massoud argues that the US focused too much on individual projects after the Taliban’s overthrow. These projects created socioeconomic benefits for the Afghan people but caused progress, such as the transition to democracy and improvement of women’s rights to have shaky foundations.

Since the Taliban takeover, Republicans have stridently condemned President Joe Biden’s handling of the US withdrawal, while Democrats have linked events in Afghanistan to the February 2020 Doha Agreement. On this question, Massoud was convinced that the Doha Agreement was “much worse” than Biden’s rigid support for exiting Afghanistan. Massoud stated that the agreement negotiated by Zalmay Khalilzad “gave everything away to the Taliban under the umbrella of peace,” and resulted in a resurgence of terrorism in Afghanistan.

Massoud says the American people deserve to see the full content of the US- Taliban deal and stated that “Khalilzad needs to be held accountable to the American people and the American government.” Massoud said that Khalilzad’s potential business interests with Taliban-aligned entities and receipt of compensation for the agreement should be investigated.

Massoud was more optimistic about the future of British policy towards Afghanistan. Since the Taliban takeover, Britain has pledged 286 million pounds ($391 million) in aid to Afghanistan and actively engaged with Pakistan on the country’s future. Massoud believes that Imran Khan’s close ties with Britain could give it influence over Pakistan’s behaviour. Massoud stated that Britain could “play a major very constructive role” and “even replace the US in Afghanistan.”

Two decades after Ahmad Shah Massoud’s death, prospects for a democratic Afghanistan have been dashed. As the Taliban continues to roll back progress on women’s rights and resists pressure to become more inclusive, it remains to be seen whether Massoud’s predictions of a nation-wide resistance movement will bear fruit.

Samuel Ramani is a tutor of politics and international relations at Oxford University, where he completed his DPhil in March 2021. His research focuses on post-1991 Russian foreign and security policy. He is a regular contributor to media outlets, such as Foreign Policy and the Washington Post Monkey Cage; think tanks, such as the Carnegie Endowment, FPRI, RUSI, and the Middle East Institute; and broadcast media stations. His book on Russia's Africa policy will be published in 2022. 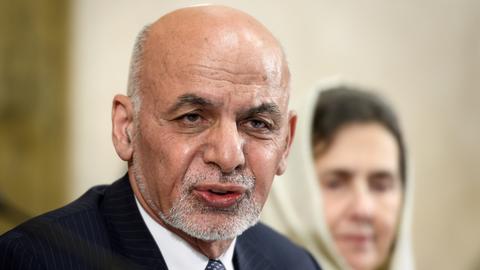