Teknofest Istanbul Aerospace and Technology Festival featured thousands of contestants from all over the world. Here is some of the coolest work from Turkey’s future tech pioneers.

“Marmaris is full of people with sunburns,” said Gulseren Yilmaz, 15, smiling at her partner, Selenay Arica. Arica was explaining their joint project as “Martilar Teknoloji Takimi (Seagulls Technology Team).” The two girls were demonstrating a model of their automated beach umbrella which would turn to shield the user every 10 minutes as the sun moved across the sky.

Arica told TRT World that the energy to operate the automated beach umbrella could be generated with solar panels - after all, the resort town of Marmaris, where the duo hail from, is sunny 320 days a year.

The two high school students from Marmaris Halici Ahmet Urkay Anadolu Lisesi were competing in the category “Technology for Humanity’s Benefit – Health” held under the aegis of Teknofest Istanbul Aerospace and Technology Festival between September 17 and 22, 2019.

Unlike Marmaris, a sunny town on the Mediterranean coast of Turkey, Istanbul was overcast and rainy on the Friday TRT World visited the festival. While that prevented some of the impressive air shows that wowed students on the other days of the festival, Teknofest was going full throttle despite the uncooperative weather.

Canan Cinar and her husband Mustafa Cinar, who works at Tusas (TAI – Turkish Aerospace Industries), said they were very impressed with Teknofest and were glad they braved the weather to visit the festival with their young daughters.

Teknofest was set up in Istanbul’s Ataturk Airport, no longer open to passenger traffic. School children bussed in from Istanbul and its environs curiously explored the grounded planes, the wind tunnel, the virtual reality stands as Teknofest’s cheerful theme music blasted “The festival whose feet don’t touch the ground!”

Neva Oden from Edirne’s Efkan Yildirim middle school said she would like to be involved in robotics, that she and her classmates had attended a workshop where they learned how to switch lights on and off with the assistance of robotics.

Teknofest was first held in 2018 at the newly built Istanbul Airport, and was moved to Ataturk Airport for 2019 once Istanbul Airport became operational. Last year there were 550,000 visitors; this year, there were more than a million visitors.

The Teknofest website describes the festival as “organised by the Turkish Technology Team Foundation (T3) to showcase Turkey's rapid advance in technology and to promote technology advances as a national cause.”

Ten thousand contestants were selected to compete from among 50 thousand applicants from middle school, high school, university teams and professionals to develop the technology products of the future. A total of about $350,000 (more than 2 million TL) is being awarded to the winners.

Another group competing in the “Technology for Humanity’s Benefit” section, but this time for the “Education” subcategory, consisted of Atakan Vardar and Alihan Dursun of Kitap Kurtlari (Bookworms), hailing from Dalaman Mesleki ve Teknik Anadolu Lisesi (vocational high school).

“We would like to make reading a lifelong habit, and make librarians’ jobs easier,” Dursun told TRT World.

Dursun explained the project as beneficial to libraries and readers alike, in that it tracks who borrows a book, and allows readers to leave written or video reviews online. The system works by entering the name of the book or an ISBN barcode.

Kivanc Hudaverdi, 12, from Maker Must team of Era Koleji in Istanbul said his team worked on a project that would utilise drones to put out forest fires. Another project to put out forest fires, this time from a university student, Murat Toptas of Inonu University in Malatya, eastern Anatolia, made use of a rocket filled with a boron-based chemical mixture.

Another university student, industrial designer Deniz Yanik, had come out with toys he named Voxee for kids five to seven years old who suffered from Auditory Processing Disorder. Yanik said he was inspired for this project because of his sister, who also has auditory problems.

The hallways were full of students eagerly explaining their projects and prototypes to visitors and judges. As Selcuk Bayraktar, the founding chairman of the T3 Foundation, one of the main sponsors of Teknofest, told TRT World, “the youth that participate in these competitions will lead Turkey, will lead startups and technology companies in the future. That’s what we believe.” 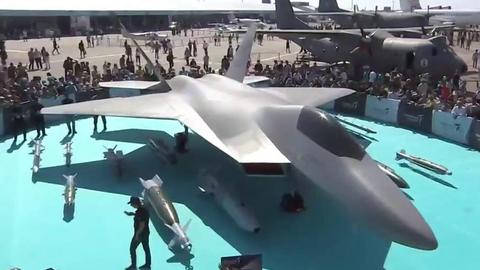