How an Islam-themed cartoon is redefining entertainment for kids

Omar and Hana infuse teachings from the Quran with colourful animation.

Alizeh Ali often wonders if she’s doing enough to teach her three young kids about Islam as they grow up in a suburb of Melbourne, Australia, where the nearest mosque is a 20-minute drive away.

A practicising Muslim who covers her head with a scarf, she and her husband have discussed sending their seven year-old-daughter to an all-Islamic school but then decided against it.

“We have heard stories about how children in such schools grow up in a bubble and then they face problems when they go to university,” she tells TRT World.

“In any case, I feel religious education starts from home and Islam is basically a way of life. It’s not like you read a few books and you are done. It guides us in what we do in our daily routine.”

Part of that routine involves incorporating basic Arabic expressions and prayers into everyday life.  As a Muslim parent she wants her kids to greet others using the traditional Assalamualaikum, saying Bismillah before taking a bite of food, and uttering Inshallah when committing to a task.

Much of this occurs naturally, especially as many Muslims prefer hanging out with other Muslim families that share the same customs and culture, says Alizeh.

But children in their preschool years spend many hours in front of a TV or an iPad, picking up everything from how to read, to counting and other habits. “There’s so much nonsense on Youtube these days,” says Alizeh.

So when it was time for her kids to have an inevitable brush with the world of Youtube, she decided they should watch Omar and Hana, a cartoon series that largely revolves around Islamic themes.

“Whenever a new episode is uploaded, I encourage my kids to sit and watch it. It’s very interactive. Like they use songs to put across the message. Even my 2 year-old-son who would normally watch nursery rhymes is hooked onto it.”

The animated cartoon about two Muslim siblings was developed by the Malaysia-based company Digital Durian. Altogether, it has garnered more than 3.2 billion views across the world and is watched in more than 50 countries.

Famous Zimbabwe-based Islamic scholar Mufti Ismail Menk, who has 7 million Twitter followers, has appeared as a cartoon alongside Omar and Hana. They have also collaborated with other big names such as Zain Bhikha and are now working with popular American scholar Omar Suleiman.

The concept of using Muslim characters and themes in cartoons is nothing new especially in countries such as Egypt, which have a decadaes-old history of using Arabic animation for educating children.

But it’s only in the last few years that quality animated content targeting English-speaking audiences has started to come out. There’s the beautiful Ramadan song by the English singer Cat Stevens, there are Zaky and Friends, the animal caricatures exploring jungles, mingling outdoor hikes with Islamic subtext, and there’s Omar Esa with his catchy Jumma Mubarak song.

Omar and Hana was initially launched for the Malaysian market in 2017 but the creators of the show always intended for it to go global, says Senan Ismail, the CEO and co-founder of Digital Durian.

“It took us six months of research just to think of the names.”

While Omar is an obviously Muslim name, the creators of the show used Hana for the girl to give it universal appeal.

Digital Durian had experience with cartoons before it came out with Omar and Hana.

Senan says some parents suggested that Didi and Friends should be used to teach children about Islam. “But the reality is that we can’t show chickens performing (daily) prayers. We needed real characters for that.”

A final push to enter the market of Islam-themed animation came after Fadilah Rahman, who had experience promoting brands, joined Durian as its producer, in 2017.

“Before Durian, I worked for a broadcasting company, which tried to find Islamic animation for kids but there wasn’t much out there. This was despite there being a huge demand for it,” she says.

Whatever animation was available in Malaysia and neighboring Indonesia was focused more on decimating Islamic teaching than catching the attention of kids, she says.

“If the kids are not interested in watching your characters then it doesn’t matter what instruction you put in the show. A content that can catch a kid’s attention was something that was really lacking.”

The artists and other people behind the show spent months trying to figure out what Omar and Hana should look like. In the end, the two siblings, aged between 4 and 6, were designed in such a way that they can easily come across as Asian kids as much as they look European.

“We know kids like round eyes and big heads. So Hana is this cheeky and cute girl and Omar wears a sweater and a hat. We had to make them such that children from every country can relate with them,” says Rahman.

The creators of the show regularly consulted with Shariah (religious) scholars to have their advice on matters such as if Hana should wear a scarf.

“We decided that Hana will not wear a scarf and be like any other kid enjoying her childhood. At the same time, when she goes to mosque or Quran lessons, she wears a scarf. So it’s a process for her,” says Rahman.

The show, which has run for multiple seasons, mostly revolves around Omar, Hana and their parents. In some episodes, the father is depicted and cherished for his role as a breadwinner even if he has to cancel a picnic at the last moment because of his work. At other times, the mother is shown as a hero who needs time off, leaving the father to look after the kids - only to realise how difficult the job is.

But one particular episode that has garnered some controversy and millions of views had to do with Sufi, the little orphan friend of Omar and Hana. Sufi’s parents had died, he’s lonely, crying and singing a sad song:

How I miss you so much

My dear mama and papa

You were always so good

And kind to me…

Praying for them is all I can do

“Some people raised an issue with that episode. But our educational consultant told us it was perfectly fine to show a kid cry because it’s an human emotion,” Senan, the CEO.

The show, which is already available in Malay, English and Arabic, can be viewed in Urdu this Ramadan. Digital Durian is also raising funds for a Turkish version.

Internationally, Omar and Hana’s largest market is the UK, followed by the US, Pakistan and India.

But there’s always concern among parents, especially during a pandemic, that children are spending too much time in front of the TV — no matter what they watch.

“I don’t have an answer for how many hours or minutes should be allowed. What I do personally is that I control the gadgets and I have set  timers for my kids — for say 30 minutes at a time,” says Sinan.

“Islam teaches us to take the middle path. Too much of anything is not good.” 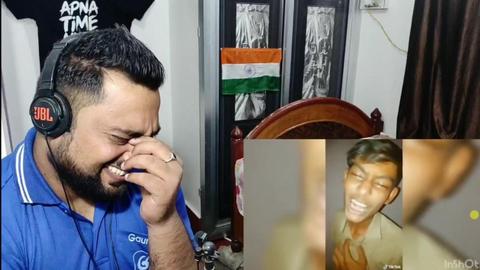