From the very beginning, the Zionist state was based on annexing land from native Palestinians. With the expansion of illegal settlements, annexation is a feature not a bug.

Israel and some of its allies, particularly the US, have long portrayed illegal settlements as a side issue, describing settlers as a far-right fringe that do not represent wider Israeli society.

But some experts think that the formation of modern Israel is an outcome of a settler-colonial political project that aims to replace a native Palestinian population with settlers from other countries. As a result, they think that the expansion of illegal settlements, step-by-step, is an indispensable part of the country’s annexation of Palestinian lands.

In Sheikh Jarrah, the famous middle-class East Jerusalem neighbourhood known for its distinctive Palestinian identity, Israel has once again shown its settler-colonial character, allowing far-right settlers to orchestrate another violent takeover of Palestinian homes last week. Israeli action, which has been enforced by a court eviction decision, has triggered large Palestinian protests.

What is happening in Sheikh Jarrah might also amount to a war crime, a recent EU statement suggested, seeing it as an “alarming” development. Israeli settlements across Palestine are illegal, violating international law.

“Israel is conducting an ever-increasing campaign to forcibly remove Palestinians from Jerusalem, including in Sheikh Jarrah, and replace them with far-right Jewish settlers, all supported by a largely compliant political, media and legal establishment,” says Antony Loewenstein, an independent journalist, author and filmmaker, who was based in East Jerusalem from 2016 until 2020.

But what is the definition of a settler-colonial state?

Like some other prominent academics, Ayyash also thinks that Israel perfectly fits into that description of the settler-colonial state. Leading scholars’ conclusion is that “Israel is the product of a national settler-colonial project,” he wrote.

Occupation is a hallmark

Ayyash draws attention to the fact that many nation-states have annexed lands from others in different times and in different ways. But beyond merely annexing land, “the settler-colonial state’s distinguishing feature is that it does not come into being and cannot continue to exist without claiming sovereignty over land that is forcefully taken from its native inhabitants,” according to Ayyash.

In the past, many European states had colonies across the world. But when countries like the UK, France, the Netherlands, Italy and others left their colonies, they continued to exist as nation-states in their homelands.

But in the case of the settler-colonial state, that cannot be possible because the political structure’s survival is directly related to the occupation itself. If Israel decided to end its occupation across the lands of historical Palestine, it would cease to exist as a sovereign state.

As Israel has continued to annex lands from Palestinians since its inception in 1948, “the settler colony can only claim its sovereignty through the eradication and erasure of native sovereignty,” Ayyash wrote.

Most recently in Sheikh Jarrah, which takes its name from a 12th-century Arab physician to Saladin, the Muslim conqueror of Jerusalem and the Holy Land, Israel’s attempt to eradicate the Palestinian identity has been crystal clear.

“The Zionist movement’s main goal is to depopulate Palestine from its people and its residents and to bring Jewish settlers in their place. That has always been the Zionist goal and that’s what is taking place today,” Arian tells TRT World.

Zionism, the founding ideology of Israel, was developed by Theodor Herzl, a Jewish-Austrian journalist who suggested in his book, the Jewish State, that Jewish emigration to Palestine should be organised in a steady way to replace the Palestinian population.

“Mainstream Zionism has falsely believed, since the establishment of the state in 1948, that Jews have the right to settle the entire land of Palestine and Israel and either ethnically cleanse Palestinians or make their lives unbearable. Sadly, what's happening now is a natural extension of more than 70 years of Israeli history,” says Loewenstein, the independent journalist.

In terms of eradicating the Palestinian identity, Jerusalem, which is a holy city for three monotheistic religions, occupies a special place for Israel. As a result, since 1948, the Zionist state has aimed to Judaise the ancient city, using different tactics and arbitrarily employing its laws on Palestinians.

After the 1967 War, Israel also occupied East Jerusalem, using everything within its means to change the town’s Palestinian identity as it did to West Jerusalem after 1948. What’s happening in Sheikh Jarrah illustrates Israel’s master plan, in essence to change its population to create a Jewish majority.

“We firmly reject the pressure not to build in Jerusalem. To my regret, this pressure has been increasing of late,” said the right-wing Prime Minister Benjamin Netanyahu, openly giving his support to the settler movement.

Pro-settler far-right parties have long been coalition partners to different Israeli governments. Beyond that, powerful Israeli politicians like Netanyahu have wholeheartedly supported them.

“This signals an acceptance of the legitimacy of the settler efforts to push for further the ethnic cleansing of the Sheikh Jarrah neighborhood of East Jerusalem through eviction notices based on discriminatory Israeli laws as to Palestinian residency and property rights,” says Richard Falk, a prominent international law professor.

“In the background were fanatical efforts by Israeli settlers to Judaize the Sheikh Jarrah neighborhood in East Jerusalem, evicting four Palestinian families. The Israeli High Court deferred ruling on these controversial moves for a month in light of the tensions in the city,” Falk tells TRT World.

“Successive Israeli governments have pushed to Judaise Jerusalem and this plan is moving ahead with little serious international pressure. There are major parts of the city that are now controlled by far-right Jewish fanatics with Israeli state backing,” Loewenstein notes.

“This is a plan that is going on for a long time,” says Arian, referring to both evictions and Israel’s past failed attempts to divide the Al Aqsa Mosque for both Jewish and Muslims prayers.

The Israeli courts’ controversial eviction decisions are based on “a set of laws established with a clear aim to Judaize Jerusalem, including the Judicial and Administrative Systems Law of 1970, which was amended in 1973,” according to Honaida Ghonim, a sociologist who was quoted by Rania Zabaneh, a Palestinian journalist, on Twitter.

Following their exit from West Jerusalem, all of the Palestinian properties were confiscated by Israeli authorities and transferred to the Absentees’ Property. Under current Israeli law, they have no way of getting back their properties. But the same legal system allows Jews to seek property restitution in East Jerusalem in a clear discriminatory fashion, according to Ghonim.

The legal system pretty much regulates “a process to plunder Palestinian properties and to empower the state’s control of it,” Ghonim viewed.

Developing problematic legal criteria and creating an illegal permanent residence status for Palestinians in occupied East Jerusalem, Israel has revoked the residency rights of more than 14,500 Palestinians since 1967, according to a research initiated in 2017.

In order to keep their “permanent residency”, there are three things Palestinians should not do, Israeli law says.

According to a 1967 regulation, they should not live more than 7 years abroad and must not receive permanent residency or citizenship from another country. Otherwise, they will lose their Jerusalem residency.

A 1995 regulation developed a second criterion, forcing Palestinians to prove their “centre of life” is in Jerusalem. The third criterion, which was regulated in 2006, is the most controversial. It says that Palestinians should not be accused of breaching “allegiance” to Israel, an occupying force. 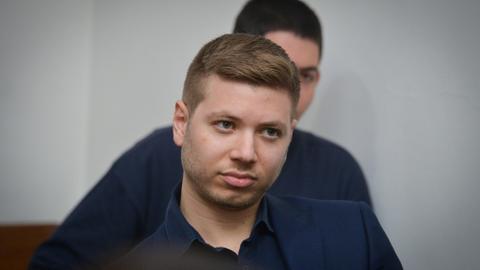