An international campaign is calling on the global payments giant to provide its services to Palestinians in the West Bank and Gaza to help tech entrepreneurs and generate employment.

When Zakaria El-Shekhreet graduated in literature and translation in Gaza, he knew freelancing for international clients would be one of his best options to find work in the besieged enclave.

At 27, Zakaria has lived most of his life under crippling Israeli and Egyptian blockades that began in 2007, severely restricting the movement of Palestinians in and out of Gaza. While literacy levels in the Strip are some of the highest in the region, youth unemployment stood at nearly 70 percent even before the pandemic hit.

Like any other freelancer, he worked hard to build a portfolio and a pool of contacts as a translator and copywriter. Four years later, he’s helping others set up their online business as a mentor at the local tech hub, where startups and coders also meet to share ideas and new projects. He’s helped dozens of budding freelancers with advice on marketing, project management, and workarounds to overcome challenges ranging from electricity outages to isolation, which extends to the digital sphere.

“The biggest challenge for freelancers in Gaza is receiving payments from clients,” Zakaria tells TRT World.

“A freelance platform could take 20 percent of your fee. Then you have the bank fee, and you might end up receiving only half of the amount you originally agreed for your project,” he explains.

“We can receive payments via [wire transfer services] sometimes, but not all of us are able to get large amounts of money and the payment could have to be split into two or three transfers, each time paying fees.”

In light of PayPal's exclusionary approach, Palestinians and international human rights groups have renewed a call this week for the global payments giant to stop its “digital discrimination” that excludes Palestinians in both the occupied West Bank and Gaza from using its service, while making it available to Israeli settlers in the West Bank.

PayPal operates in more than 200 countries worldwide, including war-torn Yemen. But the company has so far refused to allow Palestinians to sign up with addresses in the West Bank or Gaza, while making the service available to customers with Israeli bank accounts, including those based in West Bank settlements – which are illegal under international law and seen by the international community as a major obstacle to a two-state solution.

The campaign, first launched in 2016 with the hashtag #PayPal4Palestine, has been supported by dozens of human rights, business and tech groups, who say that making the service available to Palestinians would significantly improve opportunities for entrepreneurs, businesses and freelancers in the occupied territories.

“There’s no reason [for PayPal] to not work in Palestine unless there is some kind of political decision,” Nadim Nashif, the director of 7amleh, the organization leading the campaign, told TRT World.

“In terms of readiness, there was a process of preparing the system,” Nashif, whose organization focuses on digital rights, added. “And in terms of political and economic and stability [PayPal works in] countries that are much, much less stable than the Palestinian reality. It is clear that this is digital discrimination”.

PayPal had not responded to TRT’s request for comment by the time of publication, or to a letter sent by the campaign’s signatories, which include the Palestinian legal studies group Al Haq and US-based Jewish Voice for Peace.

In the past, PayPal has argued that the West Bank and Gaza fail to meet the service's regulatory requirements.

“The Palestinian Monetary Authority has been working with the US Treasury for a few years now to lift the Palestinian banking system to international standards,” Nashif explained, adding that the Palestinian Authority has also been implementing a national plan to improve its regulatory position and promote the use of electronic payment methods. “In the opinion of many economists who are following this closely, the system is ready.”

While some other payment portals have been available, Palestinians say that entrepreneurs, NGOs and freelancers face routine difficulties due to being unable to access the platform, which tends to have a monopoly on electronic payments and be among the most trusted for e-commerce.

Many Palestinian businesses and startups have been circumventing the problem by registering their operations abroad, mostly in the US. But that is detrimental to the Palestinian economy, which is already negatively affected by restrictions on imports and exports, as well as on free movement.

Studies have pointed out how the Palestinian market has been “held captive” by Israel as Palestinian traders are often dependent on Israeli intermediaries to access third country markets, reinforcing Palestinian dependence on the Israeli economy and increasing costs.

While the West Bank in particular is home to a vibrant business community, sooner or later any initiative is destined to hit a wall.

Sari Taha, the managing director of venture builder Momentum Labs – headquartered in Ramallah and registered with the Palestinian Authority - says that the company will likely be forced to register elsewhere as the project expands.

“We know from past experience that soon there will be [a] need to register outside,” Taha told TRT World, adding that confidence in the Palestinian market remains a huge issue alongside the practicalities of carrying out trade and transactions.

“PayPal in our time is an essential payment gateway for any reputable business or website receiving payments online,” he explains about the campaign, which he is supporting. “I would argue [it could] contribute to the decision of buyers about whether or not to make the transaction.”

“Finding some kind of governmental work, or working for an association or company here in Gaza is really hard,” Zakaria says. “That’s what pushed me to turn to freelancing and working online.”

The politics of digital discrimination

Over the years, critics have pointed out that there may be political pressure behind the company’s decision not to expand to the Occupied Palestinian Territories, despite repeated calls by businesses there and potential revenue opportunities.

In the letter the organisations sent to PayPal’s CEO Daniel H. Schulman this week, activists also condemned the company’s decision, announced in the summer, to partner with the Anti-Defamation League (ADL), a US-based NGO whose main goal is to fight antisemitism.

“While we welcome efforts to fight racism and extremism, the ADL has been at the helm of efforts to undermine support for Palestinian’s human rights by working to make advocacy for Palestinian rights synonymous with antisemitism,” the letter reads.

Ultimately, Nashif points out, PayPal’s failure to respond to Palestinian campaign efforts over the years is in line with the policies of other internet giants. From Google and Apple recognising Israeli settlements but not Palestine on their widely-used mapping services, to the issue of content moderation on social media, which often fails the test of ‘neutrality’ in Palestine and other conflict-affected parts of the world. Other e-commerce platforms such as Ebay and Amazon are also not fully available to Palestinians in the West Bank and Gaza.

“On Amazon, as a Palestinian you can buy, but you can't become a seller,” Nashif explained. “Other platforms, like eBay, you cannot use because they are dependent on PayPal,” he added.

“PayPal is the one that sets the tone for most of those platforms, and that’s why it is very important for us to try to change that policy, as we believe others will follow.” 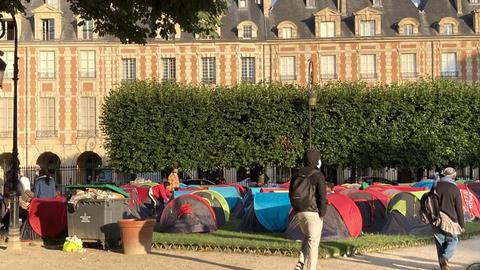 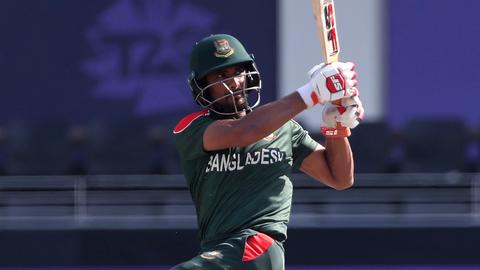