The health condition of hundreds of undocumented migrants is deteriorating as negotiations have hit the deadlock.

Hundreds of undocumented migrants have been on mass hunger strike in Belgium since May 23 and their health is deteriorating day by day.

Their health status is now extremely critical, according to medical volunteers on the ground, as there is no sight for any possible solution to the crisis.

“They are showing post-traumatic symptoms, cognitive problems, and are becoming depressive,” Ahmed, one of the movement’s coordinators, said.

Many are emaciated as they are cared for by health workers who are using saline drips to keep them hydrated and tending to the lips of those who stitched their mouths shut in a bid to show they have no say over their plight.

“If things continue like that and the Government does not want to come forward for us to end the impasse together, it can quickly become fatal.”

“There are no winners or losers. We all win, including the Government, if they regularize them,” he added.

At least 100 people organised a demonstration on Sunday in front of the Beguinage Church in Brussels to support undocumented migrants’ demands.

More than 400 migrants have been camping out at several locations including universities and churches in the heart of Brussels. They started the hunger strike after four months of talks with immigration authorities broke down.

There have been some negotiations since the hunger strike started. The Union of Undocumented Persons for Regularisation(USPR) has talked with the government authorities last week.

Although the USPR expressed its satisfaction after last week’s talks, there has been no progress on the prolonged crisis.

The Belgian government has said before  it will not negotiate with the hunger strikers over their plea to be granted formal residency. The government also insists on refusing to be blackmailed into providing support.

Belgium’s junior minister for asylum and migration Sammy Mahdi told Reuters on June 29  the government would not agree to regularise the status of the 150,000 undocumented migrants in Belgium, but is willing to hold talks with the strikers on their plight.

"Life is never a price worth paying and people have already gone to the hospital. That's why I really want to try to convince all persons and all organisations behind it to make sure they don't give a false hope," Mahdi said, when asked about the hunger strikers.

Many of the migrants, who are mostly from South Asia and North Africa, have been in Belgium for years, some for more than a decade,  working on low-paid jobs in factories, restaurants and construction.

However, the coronavirus pandemic hit their life hard due to lockdown restrictions causing them to lose their jobs and income.

Without any legal status, they don't have the opportunity to get public healthcare, housing and other kinds of services.

"We sleep like rats," said Kiran Adhikeri, a migrant from Nepal who worked as a chef until restaurants closed because of the pandemic. "I feel headaches, stomach pain, the whole body is full of pain."

"I am begging them (the Belgian authorities), please give us access to work, like others. I want to pay taxes, I want to raise my kid here, in this modern city," he said, gesturing from his makeshift bed to where fellow hunger strikers lie listlessly on mattresses in the crowded room. 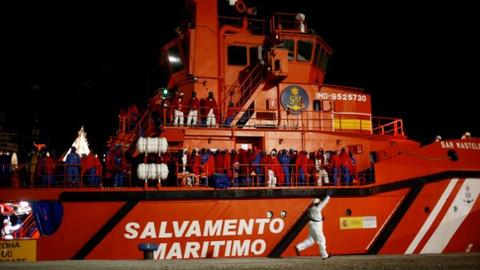