Brenton Tarrant's 'manifesto' indicates that the Australian terrorist is ideologically connected with several far-right groups that are not a priority for law enforcement agencies.

In New Zealand, a country well-known for its tolerance toward both migrants and refugees, a far-right terrorist has killed 50 Muslim worshippers in two mosques during Friday prayer.

The bloody act of terrorism and the perpetrator's 74-page manifesto has raised the spectre that white supremacist groups across the world have been at least ideologically connected to each other.

“No group ordered my attack, I make [sic] the decision myself,” wrote Brenton Tarrant in his manifesto, The Great Replacement - Towards A New Society.

Tarrant appears to be a lone wolf and claims he planned and executed all the attacks by himself.

But interestingly Tarrant points out that he developed relations with the Knights Templars, a group Anders Behring Breivik, who killed 77 people in a bombing and mass shooting attack in Norway in July 2011, claimed to have helped reestablish.

“Though I did contact the reborn Knights Templar for a blessing in support of the attack, which was given,” Tarrant said, claiming to have connections with Breivik’s elusive group and getting the nod from them for his attack.

“But I have only had brief contact with Knight Justiciar Breivik, receiving a blessing for my mission after contacting his brother knights,” Tarrant said, indicating that he has been also inspired by other infamous far-right operators and leaders.

“I support many of those that take a stand against ethnic and cultural genocide. Luca Traini, Anders Breivik, Dylan Roof, Anton Lundin Pettersson, Darren Osbourne etc.,” Tarrant wrote, naming leading white supremacists ahead of the massacre of Muslim worshippers.

The Knights Templars is an ancient Christian military order founded in Jerusalem in 1119 and which was particularly active during the Crusades. The Templars had long been known as monks-warriors, who were instrumental in the battles against the Muslims.

Centuries later, they still symbolise a powerful image of Christian European identity, of which Breivik, Tarrant and other far-right figures have are passionately attached to.

“Europa rises,” was the last sentence of the Tarrant’s manifesto.

Back in the day, Breivik described his Knights Templars—which were also an inspiration for the CIA’s “old boys”— as a "leaderless network, made to be self-driven cells,” comparing it to the notoriously terrorist group, Al Qaeda.

“For militants, [Knights Templar] is meant to be a version of Al Qaeda," Breivik said, pointing out locations of possible “self-driven cells” from London to Liberia.

Marching far-right across the West

Apparently, Tarrant, Breivik and the like have been assigning themselves a modern ideological task, which the Knights Templars were undertaking in the Middle Ages against old Muslim powers, but instead, now imagine themselves confronting armed groups like Al Qaeda in the modern times - although so far their militancy has primarily targeted civilians.

Recent far-right gains politically and the media globally demonstrate that they are not alone in their vision.

“The document, littered with conspiracy theories about white birth rates and “white genocide,” was the latest sign that a lethal vision of white nationalism has spread internationally,” The Washington Post wrote, referring to the Tarrant’s manifesto.

Germany’s National Socialist Underground (NSU) case, which has been described as the biggest lawsuit against a neo-Nazi group since the Nuremberg Trials of World War II according to the NSU watch, has also shown that neo-Nazi cells have existed in the heart of Europe - the engine of the European Union.

Between 2000 and 2007 NSU members carried out several hate crimes across Germany. The group is accused of killing at least ten people in Germany. Out of the ten victims, eight belonged to Germany’s three-million-strong Turkish migrant community.

Most of the murders remain unsolved while prominent German experts argue that German intelligence agencies have strong connections with the NSU network across the country.

After WWII, despite the overthrow of the Hitler government by the Allied powers, Washington used a former Nazi to run Germany's intelligence as an asset to counter the threat of communism from the Soviet Union

Gehlen later collaborated with CIA’s old boys to lead the Cold War’s European front in the name of the 'free world'. General Gerhard Wessel, who became the second chief of the BND after Gehlen, was also a senior Nazi official who served under Hitler.

As a result, some experts think that the Nazi legacy has left a strong footprint in Germany and other European countries’ intelligence and security services even after the Cold War.

Tarrant appears confident about support for neo-Nazi and far-right groups from intelligence agencies and security forces.

Describing himself as an “ethno-nationalist”, Tarrant claims to represent “millions of Europeans and other ethno-nationalists” who are mainly concentrated in the European armed and police forces according to his manifesto.

A recent forced resignation in Germany from the country’s domestic intelligence agency appears to confirm Tarrant’s account, to a small extent at least.

Hans Georg Maassen, the previous chief of Germany’s domestic intelligence agency was recently forced to step down after accusations that he tried to cover up racially-motivated attacks against minorities. Maassen is also accused of meeting several far right Alternative for Germany (AfD) leaders and sharing 'sensitive information' with them.

Meanwhile, the AfD has become the second most popular party in Germany as other far-right movements marching to electoral gains and popular support throughout Europe and the Americas.

Where is the real enemy?

Tarrant’s massacre will likely trigger the debate that since the September 11 attacks Western intelligence agencies have disproportionately prioritised threats coming from extreme groups originating in the Muslim world, and not genuine homegrown threats rooted from far-right groups.

The data shows that it is a grave mistake.

“White supremacists and other far-right extremists have killed far more people since September 11, 2001, than any other category of domestic extremist,” wrote Janet Reitman, the author of Inside Scientology, The Story of America's Most Secretive Religion, who is also working on a book concerning the rise of the far right in post-9/11 US.

“There are hard questions for the NZ Security Intelligence Service (NZSIS). It has - like its Western counterparts - a strong focus on potential threats in the Islamic community,” wrote David Fisher, a senior writer at the NZ Herald, who is also a member of a Reference Group formed by the Inspector General of Intelligence and Security in New Zealand.

“Has it dedicated the same effort to other parts of society? It certainly used to. Pre-September 11 NZSIS tasking files pay huge attention to neo-Nazi, far right groups,” Fisher viewed.

The recent mosque attacks confirmed Fisher’s concerns that there is a huge deficiency in the surveillance of white supremacists in New Zealand.

According to the New Zealand officials, Tarrant and other three suspects were not on the security watch lists despite Tarrant's online behaviour, even stating once that he planned to turn his beliefs into action.

"We will need to continue making difficult prioritisation decisions about which targets we investigate [and for how long] and which we do not," said Rebecca Kitteridge, the director general of the NZSIS, last year.

The latest FBI data also showed that in 2018, local and federal law enforcement agencies have arrested more suspects related to far-right movements, or what the FBI has described as ‘domestic terrorism’, than those who allegedly have connections to internationally known terror groups such as Al Qaeda and Daesh.

This attack, however, should not come as a surprise as the warning signs, and previous attacks on a smaller scale have pointed in this direction for some time.

“The next wave of terrorism is here, and it’s one where white ultra-nationalists carry out acts of premeditated violence against Muslims,” CJ Werleman, an analyst and writer on conflict and terrorism wrote more than a year ago. 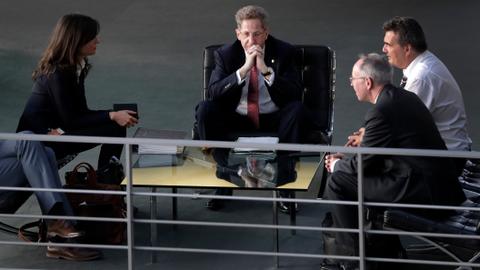