The tiny Gulf state has managed to balance ties with the Taliban and the US at the same time, becoming a trusted and reliable mediator between opposing sides.

It comes as no surprise that the first flight that arrived at the Kabul airport since the US pullout was from Qatar.

The Qatari aircraft landed last Wednesday carrying a technical team to discuss the resumption of airport operations after the Taliban takeover of Afghanistan. It was a part of the efforts led by Qatar and Turkey to resume flights for both humanitarian aid and to provide freedom of movement, including the resumption of evacuation efforts.

The tiny Gulf Arab state has played an outsized role in US efforts to evacuate tens of thousands of people from Afghanistan. Now the US and European countries are asking Doha to help shape what is next for Afghanistan as it has been a longtime mediator between the West and the Taliban.

Hence, US Secretary of State Antony Blinken chose Qatar on Sunday for his first trip since the Taliban takeover as he seeks a united front with allies shaken by the chaos.

Blinken said that in Qatar he will "express our deep gratitude for all that they're doing to support the evacuation effort" and meet rescued Afghans as well as US diplomats, who have relocated functions from the shuttered embassy in Kabul to Doha.

“Qatar was able to leverage the relationships it has built up with the Taliban… and the United States and other NATO states, to position itself as the middleman… and thereby facilitate the evacuation process in ways that virtually no other regional state could have hoped to do,” Dr Kristian Ulrichsen, a fellow for the Middle East at Rice University's Baker Institute told TRT World.

Qatar’s role was somewhat unexpected. A nation with a little more than 300,000 citizens, was supposed to be a transit point for just a few thousand people airlifted from Afghanistan over a timeline of several months.

After the surprisingly swift Taliban takeover of Kabul on August 15, the US looked to Qatar to help shoulder the evacuations of tens of thousands in a chaotic, messy and hurried airlift.

In the end, Qatar, the host of the biggest US military base in the Middle East, has been a major gateway for around 55,000 people airlifted out of Afghanistan, nearly half the total evacuated by US-led forces after the Taliban's swift victory amid a US withdrawal.

With a few hundred troops and its own military aircraft, Qatar has conducted rescue efforts while Kabul fell into the hands of the Taliban. Qatar Ambassador to Afghanistan Saeed bin Mubarak Al Khayarin helped thousands of Afghans to get through the Taliban and American checkpoints as well as the desperate crowd of Afghans encircling the airport.

While the Biden administration insists on denying the tragic failure of the evacuation, and distrust has grown among the NATO allies over the US’ global leadership, Qatar has won its leadership praise from Washington DC.

But the international recognition and prominence that Qatar has received does not come overnight.

Dr Andreas Krieg, Associate Professor at King's College London says over the years the Taliban have come to recognise Qatar as a trusted, neutral broker, providing Doha with a near-monopoly on access to the group.

“This trust and influence has been used by the Qataris to ensure that the Taliban are not interfering with the evacuation process and allow the US withdrawal to go as smoothly as possible given the circumstances,” Dr Krieg told TRT World.

Doha over the last decade forged balanced ties with the Taliban’s  political leadership as it has hosted exiled Taliban officials and their political office. As a US ally, Qatar has become a trusted mediator, initiating peace negotiations among the US, the collapsed Afghan government and the Taliban.

Doha brokered the deal for the exchange of hostages seven years ago between the US and the Taliban, enabling the release of American Bowe Bergdahl.

Qatari officials, while on one side urge the Taliban to form an inclusive and ‘moderate’ government, are trying to convince the US and Western partners to cooperate with the new rulers of Afghanistan.

Dr Krieg says maintaining ties with the Taliban is a win-win for both Doha and Washington.

"Hosting the Taliban was always about buying credit in Washington so the Qataris use this relationship to assist the US strategy. The US, however,  does not seem to object to Qatar maintaining and even deepening their engagement with the Taliban as this relationship between Doha and the Taliban is a strategic asset,” Krieg said.

He added, “If we are starting to put conditions and stopping this engagement, we are going to leave a vacuum, and the question is, who is going to fill this vacuum?”

However, analysts say although Afghanistan was always seen in Doha as an opportunity for engagement with Western partners and hosting the Taliban became an important diplomatic lever that Qatar learned how to use effectively. Doha’s role as a mediator could bring some risks to the tiny kingdom.

“Qatar’s influence over the Taliban does not amount to control of the group, especially not into the elements of the movement on the ground who have borne the burden of conflict. While the political leadership of the Taliban might be open to Qatari influence, it remains to be seen to what extent that influence extends to the fighters on the ground,” Dr Krieg said.

Dr Ulrichsen warns, “should hardline factions within the Taliban win any internal power struggles within the movement and subsequently try to rule Afghanistan through brutal coercion, then there is a risk that any association with the group… will rebound negatively.” 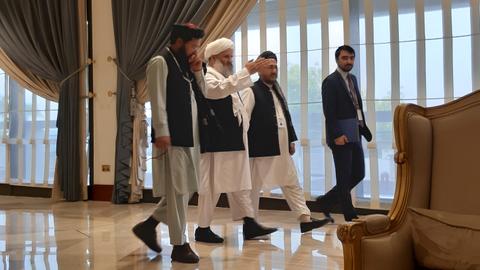 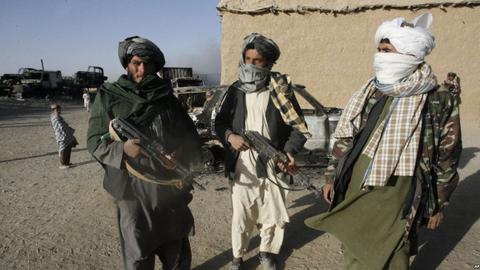