Volunteers from Istanbul rise above the political fray to help refugees

As refugees on the Greek-Turkish border continue to reel from decisions taken in far-away places their ordeal shows no sign of abating.

Ipsala, Turkey - Images of refugees at the Greek border lighting fires to stay warm at night and families sleeping in makeshift tents during the winter have been circulated widely in Turkey and have galvanised some into action.

At dawn on Saturday, Zeynep and Omer Cam, two young Istanbul professionals, set off for the border town of Edirne to do their part.

“We want to do what we can to help,” says Zeynep, who is making the three-hour journey with a group of friends in a convoy of four cars and a truck.

Each car is packed with food, and the truck is filled with jackets, baby clothes, shoes, and other essential items.

Before leaving Istanbul, the group has to make one more stop.

A donor has 15 boxes of wet wipes waiting at an industrial house on the outskirts of Istanbul. Once the final pickup is loaded up, the convoy is ready for the 255km journey to Ipsala, a small district of Edirne.

Zeynep was moved to act by friends who had been to the border during the week and experienced first hand the plight of refugees. After conferring with a group of friends, they decided they had to help.

Within one week the group raised more than $3,000, in addition to the goods they have collected, to support the waves of migrants and refugees.

Fellow volunteer, Bilal Sariyasar, who has been making the trip between the border and Istanbul over the previous week, explains that the help the Turkish volunteers are providing is crucial.

“The situation there has become very bad, the aid we are providing is important for the people there,” Sariyasar tells TRT World.

“We don’t focus on their decision to come here or their background, we only want to help when they are here,” the Istanbul Technical University engineering student adds.

Since the Turkish government announced that it would no longer stop refugees from going to the European Union, several thousand people have attempted to leave believing they can make the crossing.

Turkey hosts almost four million Syrian refugees who have fled the Assad regime and hundreds of thousands of refugees from other countries, in particular Afghanistan, Pakistan and Iran.

The ensuing rush towards the border by some of these refugees left many unable to access basic amenities. In addition to the Red Crescent, civil society groups and volunteers have been an important help in looking after the refugees.

Ibrahim Tuzcu, a soup distributor for Ashane, a mobile soup van in Istanbul, drove to Ipsala, one of the main gathering points for refugees attempting to make the crossing into Greece. It also hosts one of the main border checkpoints.

“They are downtrodden and some of them have been made naked,” Tuzcu tells TRT World, referring to the refugees that were stripped down to their underwear by Greek authorities then beaten and sent back to Turkey.

“Since Friday we have given more than 2,000 bowls of soup,” says a visibly tired Tuzcu who is now taking a break from distributing.

A Turkish Red Crescent official who spoke to TRT World on condition of anonymity was gloomy about the situation but also suggested that over the next two weeks there could be a reduction of people coming to the border.

A recent survey in Turkey found many Syrians have a very low desire to go back to Syria, where even if the Assad regime doesn’t arrest or torture them, they face crippling poverty.

Neither do the vast majority of Syrians want to move onwards from Turkey, a place many have made home.

The vast majority of refugees TRT World met at the border were from Afghanistan, Iran, Pakistan, Sri Lanka and several other African countries. Many of them, unlike Syrians, do not have official status in Turkey.

The first stop for the Istanbul aid convoy is the offices of the Mufti of Ipsala, a hastily prepared classroom served as a forward storage unit for much of the clothes.

The first village the group visits is Saricaali, with a population of slightly over 700, about 2.5km from the Greek border.

News comes through from local contacts that a building is being used by refugees as a resting place, waiting for the right opportunity to cross the border.

The arrival of the volunteers causes a great deal of interest as word spreads. Many of the people staying there had travelled to the border with only the things they could carry.

A large hall, that on a different day may have held a marriage ceremony, has been converted into an impromptu shelter. Different groups of people have gathered into their corners, attempting to create a sense of privacy.

“My dad is missing in Sri Lanka. I arrived here yesterday night, I’m trying to get to Greece,” says Nilaxsan, 27, who previously lived in Istanbul having escaped from Sri Lanka.

A member of the Tamil community he had left the island state in fear for his life.

He and his friends are appreciative of having received a pair of thermal socks and jackets from the volunteers. TRT World counted seven people that said they were members of the Tamil community and all with a similar story to Nilaxsan’s.

Images of Greek police beating up refugees have reached Nolaxan and his friends who fearfully ask whether the images were real and whether the same could happen to them.

The Greek government no doubt believes that stories of police brutality at the border may act as a deterrent for immigrants thinking of making the same journey.

With many of the immigrants who had believed that a crossing was possible now feel compelled to jump one more hurdle.

In this village of Saricaali, there are more than 100 migrants and refugees amongst which there are also several families including children. The vast majority were single men from Afghanistan and West African countries.

The immigrants encountered in the building fared a lot better than those sleeping out in the elements.

Immigrants attempting to make the crossing into Greece are spread out over large sections of the 200km border.

One of the aid workers receives a call that there is a group of immigrants close to the Meric river, which also acts as a border between Turkey and Greece.

Living in the open waiting for an opening

The group head northwards to the outskirts of the village of Kuplu, just 300 metres from the border.

There they find a group of twenty-five Syrians living in an open field looked after by two Red Crescent workers.

The lights from the nearest Turkish town are flickering in the distance, ahead of them is a menacing pitch-black Greek border.

The only source of light for the camp are the embers of the wooden fire. Many of the immigrants have laid out blankets on the ground and there is only one medium-sized tent which can’t accommodate everyone.

“Join us for tea,” says Mohammed in broken English as he stokes the fires.

All the people in this small grouping are Syrians who were previously living in Istanbul for several years.

“We want to go Germany, all the people here have members of our families there. In Syria we have nothing left,” says Mohammed. “We have been here for one week and we want to try and cross.”

When Mohammed is asked if he is aware of what may happen to him and the women and children he’s with if they cross to Greece, he exclaims: “The greek police have no honour.” He is seemingly prepared to take the risk nonetheless.

As the team of volunteers heads into Kadidondurma, a village North of Kuplu, they run into Ibrahim Kibar who is currently pursuing his Masters in International Human Rights Law in Sweden.

He’s been volunteering since February 28, the day after the government decided it would no longer stop those that wanted to leave from leaving and has come from Fatih, Istanbul.

Kibar witnessed first hand testimonies of refugees being beaten by Greek authorities, a policy he put down to teach migrants a lesson.

"When I ran into these men, they had only their underwear, they were thrown into the river by Greek soldiers or police. We gave them blankets, clothes, underwear, socks and loads of food," says Kibar.

"Almost every single refugee that has been turned back by Greece has told me they were beaten up. They were kept in a secret location for two days with no food or water before being stripped of their belongings,” adds Kibar.

In Kadidondurma, where Kabir is based, there were three abandoned houses that had been turned into accommodation for the migrants.

One of the smaller warehouses was divided into a section for women and infants with a separate section for men. There were several fires that had been set up and the resulting smoke made it difficult to breathe.

The men were using the fire to cook meat sourced from the nearby town Kadidondurma.

By morning some of them will attempt to make the crossing across the river and into Greece.

Some who try to make the crossing will, without doubt, be back. 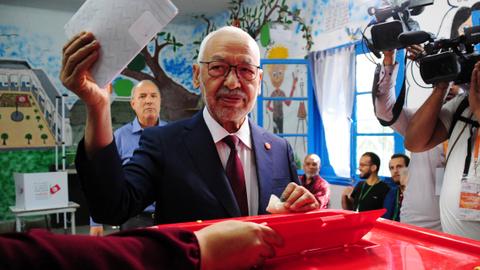 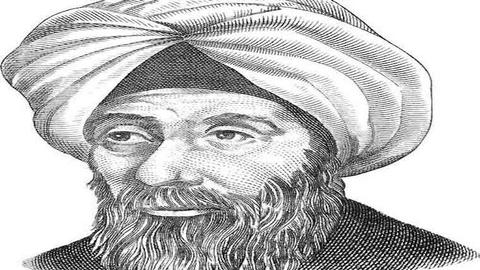