Why does India want to privatise public sector banks?

1
Afghan embassies running on empty after Taliban’s return to power
2
Russia-led coalition set to deploy troops on Tajik-Afghan border
3
From Yaglidere to the US: A story of chain migration
4
UK cabinet reshuffle: Who’s in and who’s out
5
UK policy forcing Afghan refugees to seek riskier routes

The Modi government takes the politically fraught step of selling its stake in banks, which have been losing money.

Months after the collapse of Lehman Brothers in September, 2008, the then Indian finance minister triumphantly said his country was able to weather the global financial crisis on the back of its strong banks.

“In the world’s leading countries, the finance sectors have crashed but we are still surviving because we nationalised our banking sector,” Pranab Mukherjee said.

Western financial institutions that had dabbled in fancy derivatives and securitised loans ran into trouble. Indian banks - many of them controlled by the state - stuck to the business of raising deposits and lending money to businesses.

But now New Delhi is desperately trying to sell some parts of the public sector banks (PSB) in an attempt to overhaul the banking system, which has been marred by a surge in bad loans.

The names of the banks marked for a sell-off haven’t been officially released. But reports suggest that Punjab and Sind Bank and the Bank of Maharashtra, two relatively smaller lenders, are on the list.

The Indian government has already merged the PSBs, bringing their number down from 27 in 2017 to 12.

Successive governments have struggled to stop the PSBs from bleeding money. In the past 12 years, more than 3.8 trillion rupees ($52 billion) of taxpayers money have gone into keeping them afloat, writes Tamal Bandyopadhyay in Pandemonium: The Great Indian Banking Tragedy.

Privatisation has been on the cards for some time. But it has been politically challenging as employee unions oppose the move and the PSBs are widely seen as filling a vacuum left by private lenders.

Unlike private banks, which are driven by profits, New Delhi has used public-sector creditors to pursue developmental goals such as ensuring that people in rural areas have banking services and small businesses can get loans.

Since then, banking services including loans for small businesses rapidly increased as the state-run banks opened thousands of branches and mobilised deposits from households.

“After nationalization, the breadth and scope of the Indian banking sector expanded at a rate perhaps unmatched by any other country. Indian banking has been remarkably successful at achieving mass participation,” Abhijit Banerjee, a MIT economist and a Nobel Laureate, wrote in a paper.

But nationalisation made the banks prone to political interference especially as politicians used them for poverty alleviation schemes that can help them win votes.

PSBs have also been hurt by the more tech-savvy private banks that are now capturing a bigger share of the deposits.

Contrary to general perception, the financial woes of the public sector banks are not solely a result of corruption and nepotism.

Over the years, the Reserve Bank of India, the central bank, has tightened regulations that require banks to set aside more of their capital to offset potential losses from loans, which might not be paid.

This basically taints the financial statements of the PSBs.

Indian public sector banks, which have lent heavily to corporate entities, also took a hit from the 2008 financial crisis which took a toll on domestic markets.

In the mid-2000s, India’s GDP was growing in double digits with businessmen hoping that the economic expansion will persist for decades to come as seen in China’s case.

Buoyed by the outlook, companies invested in plant and machinery and aggressively hired talent. They took on a lot of debt both from India’s public sector banks and from abroad.

A large part of the loans went into financing infrastructure projects such as power plants and steel mills. But a fall in global commodity prices amid an economic downturn hit company revenues and made it difficult for them to repay the loans.

High inflation led to a rise in interest rates, and consequently jacked up the cost of loans. The depreciation of the rupee piled a further burden on companies which had borrowed in foreign currency.

All of these factors have contributed to the problems that PSBs are facing now. 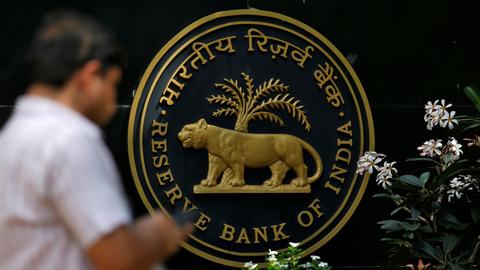 1
Afghan embassies running on empty after Taliban’s return to power
2
Russia-led coalition set to deploy troops on Tajik-Afghan border
3
From Yaglidere to the US: A story of chain migration
4
UK cabinet reshuffle: Who’s in and who’s out
5
UK policy forcing Afghan refugees to seek riskier routes