Israel has made combatting the growing boycott movement targeting it a foreign policy priority but its risks isolating itself over accusations it seeks to prevent legitimate activism.

Israel’s battle against the Boycott, Divestment and Sanctions (BDS) movement that targets Israel over its treatment of Palestinians caused its diplomatic missions to close their doors for at least a day in October, according to critics of Israel.

Israeli embassies and diplomatic missions closed on October 30 as part of a strike organised by the Ministries of Foreign Affairs (MFA) and Defense, and the Histadrut Labor Federation, one of Israel’s oldest labour unions.

The closure reportedly came as a result of a long-standing feud with the Finance Ministry over diplomatic corps and military attaches being required to pay back thousands of dollars, they that had been reimbursed as expenses.

But BDS South Africa, which calls itself an “independent South African human rights and Palestine solidarity” group, welcomed the closure of Israel’s embassy in Pretoria and “around the world”, claiming its fight against BDS is becoming too expensive.

BDS is an international call, organised by Palestinian civil society, to boycott Israeli goods and services, academic resources and other cultural relations that support the Israeli occupation of Palestine.

“It is apparent that the primary purpose of Israel's foreign missions is to promote propaganda for the Israeli regime with no benefit to host countries - this is perhaps evident in no one even having noticed the Israeli Embassy's closure”,  Tisetso Magama, a spokesperson from BDS SA, said in a statement delivered to TRT World.

Allegations of “apartheid”, or a system of segregation based on race, have long been the call of BDS and other pro-Palestine activists.

These activists claim the occupation of Palestine and Israel’s settlements in the occupied West Bank and East Jerusalem – many of which are cordoned off from Palestinians and enjoy their own transportation networks, stores and telecommunication systems that are often superior to those offered to Palestinians – as proof.

South Africa lived through the most notable example of modern apartheid, which began in earnest in 1948, the same year the state of Israel was founded.

Apartheid South Africa had laws which prohibited black South Africans – the majority of the country – from political inclusion, business and, largely, interaction with white South Africans.

South African Apartheid ended in 1994, when Nelson Mandela became president following national elections in which all were able to participate.

Israel denies the allegation of apartheid, pointing to the democratic rights of Palestinian citizens of Israel.

But many Palestinians in Israel claim they suffer discrimination, and democratic South Africa has long pressured Israel over its treated of Palestinians.

South Africa recalled its ambassador in mid-2018, following the deaths of 55 protesters at the hands of Israeli military forces during large demonstrations on the border between Israel and the Gaza Strip, a Palestinian enclave besieged by Israel.

Lindiwe Sisulu, then the South African Minister of International Relations and Cooperation, explained in April that South Africa “will not be replacing [former Ambassador Sisa Ngombane]. Our liaison office in Tel Aviv will have no political mandate, no trade mandate and no development cooperation mandate. It will not be responsible for trade and commercial activities”.

While Praetoria has said it would downgrade its embassy in Tel Aviv, an action announced in 2017, Ramaphosa said in a public statement in October the process is ongoing.

Israel currently has 69 embassies, 23 consulates and five special missions, the Jerusalem Times said, including a representative at the United Nations.

But the MFA, which oversees many of Israel’s diplomatic operations, has reportedly faced a $100m budgetary shortfall in recent years.

Israel’s Ministry of Strategic Affairs announced on November 7 it will allocate roughly $575,000 to battling BDS on social media with viral videos. In 2017, Israel authorised a $72m project to battle BDS.

Israel’s MFA did not respond to a request for comment.

"As usual, the statements from BDS lack credibility. The embassy was on strike due to a decision made by the Israeli ministry of finance, as happens in many democracies", Ayellet Black, the embassy’s deputy chief of mission, told African News Agency.

Regarding the closure, BDS SA said the “Israeli embassy is proving, on its own, that it is indeed insignificant and irrelevant.

“It is clear that there is no economic or political benefit in having relations with an apartheid state”, Magama concluded. 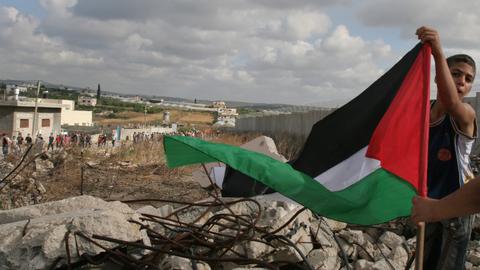 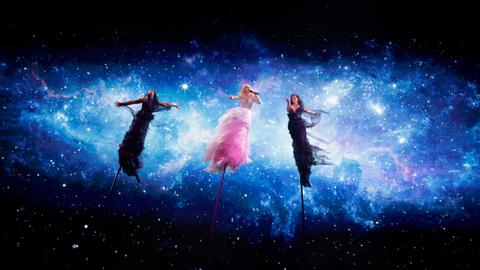 Palestine activists call for boycott of Eurovision in Israel