Recent protests in the Arab country underline the need for difficult reforms to encourage private investment.

In the past few weeks, more than 300 people have been killed in Iraq in a violent crackdown on protests by state-backed security forces. Many of the dead were young men.

While the frustration in Iraq over rampant corruption, political inertia and the lack of basic services such as clean drinking water is on the rise, experts say a lack of jobs has also pushed many young people to join the demonstrations.

“We can address a lot of our problems by developing the private sector,” says Professor Kossay Alahmady, the President of the University of Mosul.

“There is demand for our graduates in the field of medicine but it becomes difficult to find work if you are, let’s say, an engineer.”

Iraq has one of the world’s youngest populations with around 60 percent of the population below the age of 25. Many of them are out of work and look to family and friends for financial support.

Since 2005, successive Iraqi governments have struggled to wean the country off its dependence on oil revenue, which makes up around 90 percent of the state budget and almost all its exports.

High unemployment was one of the reasons that spurred calls earlier this year for greater autonomy in the southern province of Basra, which holds two-thirds of the country’s proven oil reserves but receives a minuscule share from the federal budget.

Instead of taking tough decisions to strengthen institutions like the judiciary, which can enforce private contracts, politicians have used Baghdad’s oil wealth to reward supporters with jobs.

This has bloated the public sector to such an extent that a large chunk from the government's budget of $80 billion is spent on salaries and pensions. This burden is set to increase as the country's population of 38 million increases by almost a million people a year.

“Iraq for the past 16 years has suffered from huge instability and that has deterred foreign investment except for in the oil sector. But the oil sector is not a big employer,” says Ali al Mawlawi, a Baghdad-based analyst.

Iraq’s already large security force became an even bigger strain on the budget after Daesh took control of Mosul, the country’s second-largest city, in 2014.

But the collapse of international oil prices led to a hiring freeze in 2016. The current government of Prime Minister Adil Abdul Mahdi has once again allowed government departments to hire more people but that has created only 50,000 jobs.

“I hope the government accepts that radical changes need to happen. The approach of taking incremental reforms won’t work.”

Mawlawi suggests that in the short term, a proportion of oil revenue could be directly distributed to households to stimulate economic activity as it can encourage young people to start their own businesses.

“It would also create jobs outside of the public sector,” he said.

Before the US-led invasion in 2003, more than half a million Iraqis worked at 150 large state-owned companies including cement and fertiliser manufacturers. While some of them were shut, funding for others was suspended by the post-war American administrators.

Show them the money

The absence of any workable mechanism to finance private ventures has been a problem. Iraq’s banking system is dominated by state-run financial institutions.

“Private banks are tiny and don’t act as providers of capital,” says Ahmed Tabaqchali, an Iraqi investment banker. A culture that encourages cash transactions makes it difficult for banks to raise deposits, he says.

“Even if a bank does have money to loan, it has no way to ascertain the credit history of the borrower,” he explains.

The way Iraq is being governed by a host of political parties with varying interests makes policy reforms difficult, says Tabaqchali.

With no one political party winning a majority in elections, Iraq has had to cobble together coalition governments, which include even the smallest political groups.

“The current structure of ethnic and sectarian division and quotas don’t let qualified people rise up the ranks,” he says.

“You have a government of everybody in which everybody's interest is served by the use of the resources of the ministry they control.” 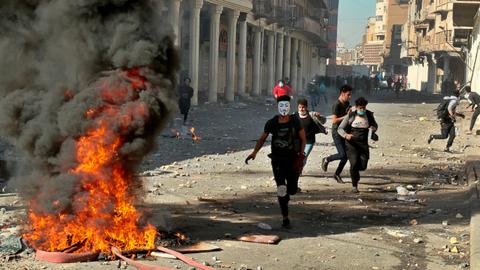 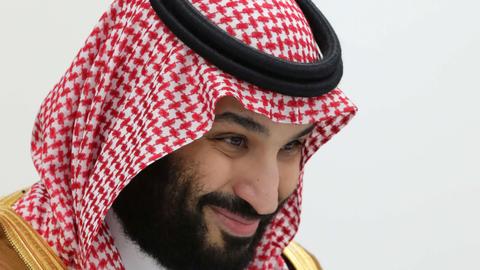