Attempts to make Hagia Sophia a US-Turkey crisis have failed

1
73 years since independence: India calls for fundamental analysis
2
Only genuine diplomacy can resolve the East Med dispute
3
73 years on, violence is reimagined in Modi's India
4
No more pillow talk, the UAE and Israel are now formally an item
5
What does a temple tell us about Pakistan’s vision of nationhood?

The decision was not met with the kind of hysteria that some tried, and failed, to impose on it.

The decision to open Hagia Sophia - an important symbol of sovereignty and the conquest of Istanbul - for prayer was hailed with great joy in Turkey and other Muslim countries.

I believe that those who want to present the decision as a foreign policy problem are mistaken, because a large majority, including prominent opposition members in Turkey, have found the decision commendable. Those who want to turn it into a crisis have not been able to achieve the desired result.

Turkey’s decision to change the status of Hagia Sophia was first condemned by the US Secretary of State Pompeo, the Spokesperson of the Secretary, then the US Senate Committee on Foreign Relations and 15 House Representatives. They also wanted the decision to be reconsidered.

Some Members of Congress made a reference to Hagia Sophia's bond with UNESCO and criticised the decision in that line. However, one should bear in mind that the United States officially left UNESCO in 2019. Some Congress members must be unaware of this as they suddenly now place a lot of value on UNESCO.

Congresswoman Carolyn Maloney, who has close relations with the Greek lobby, proposed a resolution urging Turkey to respect religious minorities, and Congresswoman Dina Titus, of Greek origin, also added a clause to rescind the decision of turning Hagia Sophia into a mosque.

It’s also important to highlight that there is no outstanding negative news for Hagia Sophia in the Congress with 435 House Representatives and 100 Senators.

On Friday, June 24, on the day when Hagia Sophia was opened for prayer for the first time, there was no official statement made by the Congress or the Department of State.

On July 23, Turkish citizen Archbishop Elphidophoros, Head of the Greek Orthodox Archdiocese of America, visited the White House and met with President Trump.

While it was seen that President Trump just sat and listened to the Archbishop in the oval office, the president made no criticism of Turkey’s Hagia Sophia decision.

Although the Archbishop, who met with Vice President Mike Pence separately, visited the White House to literally complain about Turkey, we received no explanation apart from Vice President Pence’s statement for Hagia Sophia to remain accessible as a source of inspiration and reflection for people of every faith.

Turkey's ambassador to the US Serdar Kilic responded to Vice President Pence over social media: “Hagia Sophia will remain open to all beliefs, historical mosaics will be preserved as they have been for 500 years.”

It should be noted that the US media, which fiercely criticises Turkey at every turn, made little comment on this issue. Of course, we also came across some articles paid to be written by those who benefit from every opportunity to defame Turkey.

In fact, the groups most bothered about it in the US were anti-Turkish groups. In particular, they tried to attempt to impose sanctions on Turkey by putting pressure on official representatives.

However, although these anti-Turkish groups know that Athens is the only capital in Europe that has no mosque open for prayer and that many mosques in Western Thrace have been closed and turned into either a museum or a fair, they ignore it.

All the same, they deny that up to 435 churches and synagogues are open for prayer in Turkey, and Turkey embraces every religion freely.

During Ottoman times, many Turkish towns were subject to both Crusader wars and subsequent colonial invasions where mosques often suffered destruction and treatment not in line with the status of the temple. Innumerable mosques were converted into churches.

Nevertheless, these anti-Turkish groups ignore that many churches and synagogues in Turkey have been restored in the last 20 years. Three months ago in Bozcaada, the 23.8-meter high 4-story bell tower of the 151-year-old Kimisis Tis Theotokou Greek Orthodox Church was restored.

Generally speaking we haven't seen any steps toward punishing Turkey in Washington after the Hagia Sophia decision, as has been demanded by anti-Turkish groups. While there are already problems in the Turkey-US relationship, it benefits no one to add a new crisis to the list.

The Hagia Sophia decision is an internal matter, and each country must respect Turkey's decision. Beyond any doubt, religious freedom, the protection and restoration of every religious sanctuary, and the survival of inter-faith harmony and respect are essential.

I recommend everyone to watch the documentary Journey of Faith: On the Trail of Christianity in Turkey, which is about the propagation of Christianity from Turkey to the world and was filmed by the famous director Victoria Barrett.

Hagia Sophia has again turned into a symbol, closing a previous period and opening a new one as it happened 567 years ago and embracing everybody. 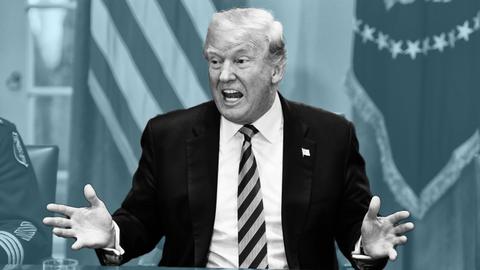 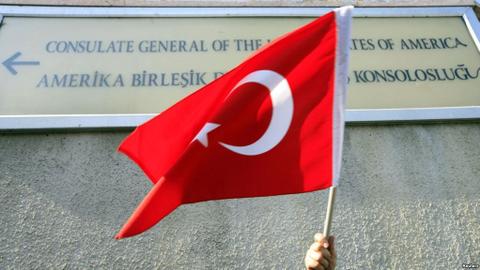 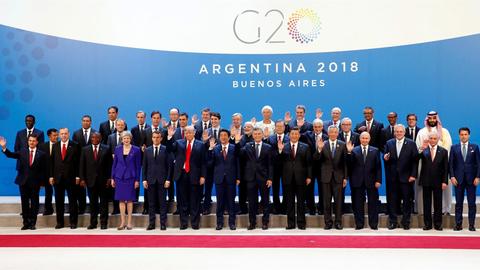 73 years on, violence is reimagined in Modi's India

No more pillow talk, the UAE and Israel are now formally an item

1
73 years since independence: India calls for fundamental analysis
2
Only genuine diplomacy can resolve the East Med dispute
3
73 years on, violence is reimagined in Modi's India
4
No more pillow talk, the UAE and Israel are now formally an item
5
What does a temple tell us about Pakistan’s vision of nationhood?