The Hindu Republic: Seven decades of Muslim exclusion in India

India is often portrayed as the world largest democracy yet for its minorities life can seem very different.

The Indian constitution has long been presented as an enlightened document which guarantees equality of status and opportunity to every citizen and helps improve the condition of ‘depressed’ communities.

The recent surge of Hindutva politics is seen as a threat to this secular constitution, and ‘Save the Constitution’ has become the catchphrase of anti-Bharatiya Janata Party (BJP) forces.

However, the constitution contains certain clauses which discriminate against religious minorities.

In the last seven decades, this constitution has, in many ways, aided the process of reducing minorities, especially the 200 million Muslims, to the status of second-class citizens. The dismal figures among Muslims in relation to poverty, education, employment and political representation clearly demonstrate the lack of foresight regarding the minority issue during the constitution-making process.

The main issues which affect minorities are: Bharat, the Union of States the lack of a safeguard for minorities, the definition of Hindu and Scheduled Castes and Cow protection.

Article 1: ‘India, that is Bharat, shall be a Union of States’.

The word ‘Bharat’ reflects an exclusively Hindu imagination of Indian history. The word ‘Union’ was chosen over ‘Federation’ as nationalists, whether Hindu or secular, considered a strong centre necessary.

For the vast subcontinent populated by thousands of linguistic and ethnic communities, ‘federation’ was a significant demand for minorities. A strong centre makes the smaller regional communities irrelevant, or at least weaker politically, and Congress, confident of its national Hindu vote bank, could easily override local aspirations.

It was demonstrated in the cases of Jammu and Kashmir, North Eastern states and Punjab. One Sikh member of the Constituent Assembly, Hukum Singh, complained: “minorities .. have been ignored and completely neglected. The provincial units have been reduced to Municipal boards...there is enough provision in our Constitution...to facilitate the development of administration into a fascist state.”

The Constituent Assembly debated this issue, and in offices and legislatures, separate electorates and proportional representation were discussed. During the British era, Muslim candidates were elected through separate electorates. After partition, most Congress members refused to consider any safeguards.

Prime Minister Pandit Nehru said at the time: “It is a bad thing for any small group or minority to make it appear to the world and to the majority that ‘we wish to keep apart from you, that we do not trust you’.”

Home Minister Sardar Patel was more direct: “When Pakistan was conceded, at least it was assumed that in the rest of India there would be no attempt to talk of two nations.”

The mood of the assembly was clear, nothing was to be conceded to Muslims.

Proportional representation was demanded by members of parliament including Hasrat Mohani (UP), Hussain Imam (Bihar), Mahboob Ali Baig (Madras). It contrasted with the current system which includes direct elections from self-contained territorial constituencies in the states. In this way smaller and spatially dispersed communities could vote their parties into the houses.

Smaller and dispersed Muslim communities were rarely strong in one particular territory and hence were not able to elect representatives. The case of Gujarat, MP and Rajasthan are especially alarming, where Muslims make up around ten percent of the population and are spread across the state, but have been denied political representation almost completely. It is also true for other provinces including Uttar Pradesh, Karnataka and Bihar.

Anticipating such problems, many Muslims asked for proportional representation. Mohani argued that this was not a communal, but a political issue. Acknowledging the futility of communal parties, he advised Muslims to form political parties open to people of all religions. But he was worried about the survival of these weak political parties. He said: “If they do not allow even this concession of proportional representation, even a party like the Socialist Party who got 35 percent of votes in the elections in the UP, could not get single seat.”

However, the proposal was denied because it would lead to fragmented houses and unstable governments and that it would be too complicated.

Muslims received no statutory representation in offices or legislatures.

The celebrated concept of ‘secularism’ further shut down any hopes, as it does not matter whether a religious community is being discriminated against, our constitution is secular and hence consciously blind to it.

In addition to the lack of political representation, Muslims are absent from the administration, army, various police and paramilitary forces. These bodies have repeatedly shown their communal bias across the seven decades, and have resulted in the loss of thousands of Muslim lives.

Article 25 of the Indian constitution, besides declaring freedom of religion, also directs the government to undertake “social welfare and reform” for “Hindu” institutions.

The term Hindu shall be “construed as including a reference to persons professing the Sikh, Jain or Buddhist religion”. This Hindu category excludes Muslims and Christians. Professor Pritam Singh argues that “the overriding concern” behind this article was “to prevent the exodus of Dalits from the Hindu fold”.

This stand is further vindicated when we pay attention to the definition of Scheduled Castes, the system which divides Hindus into a rigid discriminatory hierarchy. The Indian Constitutional Order of 1950 says: “No person who professes a religion different from the Hindu religion shall be deemed to be a member of a Scheduled Caste.”

Muslims and Christians remain outside this “Hindu” or “Indic” category. It is illogical, as both Sikhism and Buddhism were significant anti-caste movements of their times, and like Islam and Christianity, believe in the equality of human beings.

Landless Muslim castes, who have been engaged in menial professions for generations have been denied this urgently needed ‘depressed’ status for seven decades, and have been pushed into further impoverishment, as they are hardly supported by any relevant programs for affirmative action at the central state level. This issue has also not been on the agenda of most Dalit activists, as it would mean cutting into the same reservation pool and increased competition.

Cow protection has resulted in the lynching of many Muslims in recent years. These bloody incidents have a long history. Since the late 19th Century, it acquired a mass base among Hindus of Punjab and North India. By 1893, the first rural attacks on Muslims around Baqrid happened in eastern Uttar Pradesh and Bihar.

Baqrid attacks occurred on a much larger scale in 1917, when hundreds of villages were targeted in the Shahabad region on the UP-Bihar border. During the 1920s one of the bloodiest episodes was in Baqrid. In 1946, the biggest Baqrid attacks happened, with the attack on around 2,000 villages in Bihar, leaving tens of thousands of Muslims dead.

The British administration had tried to defend the Muslim lives on many occasions, but the cow protection movement overwhelmed the administration. In this context, the constitution declares that the state shall take steps for “prohibiting the slaughter of cows and calves”.

Many Muslim and tribal members of the assembly opposed it, as they saw the consequences of this declaration for the beef-eating communities, but they were voted down. Jawaharlal Nehru, India’s first prime minister, who had threatened to resign when an MP proposed a cow protection law, curiously did not resign when many state legislatures passed it. Both Nehru and Hindu revivalists were satisfied. The British administration attempted to defend the Muslim right to cow slaughter, while parties like Congress and the BJP put Muslims behind bars.

Congress nowadays raises the slogan of “Save the Constitution” to get gullible Muslim votes.

It is true that the BJP is more aggressively anti-Muslim, and uses more obvious Hindu symbols, but to what extent this sloganeering can result in further anti-Muslim constitutional changes is a question which no one has seriously discussed.

In India, what privileges do Muslims enjoy constitutionally which we would lose in an emerging Hindu Raj?  Our share in administration and politics is already at the lowest possible level. Any radical anti-Muslim changes like seizing the waqf lands, or declaring Muslims non-citizens would invite international condemnation and a nationwide Muslim response.

What may happen is that we might lose a few fellowships or the status of a few minority institutes. It is the insecurity of Hindutva forces that mean they regularly talk about making India a Hindu state. This is intended to make the constitution look impartial, and frighten the Muslims into defending it. However, they should be seeking major amendments to improve their condition. This spectre of a ‘Hindu state’ also helps Congress to frighten Muslims and ensure their subservience in a stable and democratic Hindu India. Sharjeel Imam is a Computer Science graduate from IIT Bombay and is currently pursuing his PhD in Modern History from Jawaharlal Nehru University in Delhi. He is working on Late Colonial Muslim politics in South Asia. 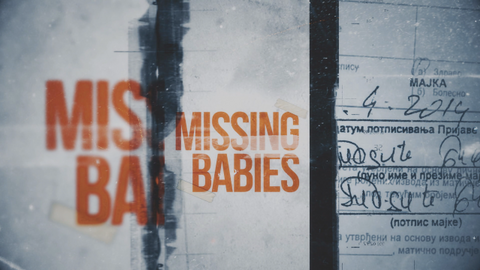