Women have not caused anywhere near as much destruction and chaos as men in power have. Many women have, though, often defied the stereotypes associated with women leaders.

Though the number of female political leaders has more than doubled since 2000, 193 UN member states account for just 10 percent of female representation despite the UN’s requested 30 percent quota in 1990 for female parliamentarians.

Currently only Bolivia and Rwanda have had 50 percent or more female participation in parliament.

Breaking the glass ceiling in politics is difficult for female candidates pitted against men, their appearances endlessly scrutinised by the persistent gender stereotyping of politics in a man’s world.

Women who break into this male domain are perceived as less feminine or 'honorary men' accompanied often by negative coverage which deems them unfit for leadership.

Assessing the track record of female leaders throughout history has been difficult due to the small sample size. There are no clear patterns in the policy history of female leaders globally - some adopt pro-feminist frameworks, others become infamous for hostile policies towards women, like Britain’s Margaret Thatcher.

Based on gender norms, female leaders focus on conflict resolution centered around peace-building. However these discussions fail to account for how women “mother” wars or fail to prevent humanitarian crises.

According to Mary Caprioli, a professor of political science, four female leaders have been responsible for 10 military crises in the 20th century. Israel's Golda Meir alone was responsible for seven. Even though only 18 percent of European monarchs have been lead by queens, inter-state conflicts were 27 percent more likely to occur than under the rule of kings.

History is full of examples of women in key roles orchestrating wars or leading rebellions. Queen Isabella’s conquest of Granada, Thatcher who won a landslide victory after waging war in the Falklands, Indira Ghandi’s war with Pakistan, and most recently Myanmar’s Aung San Suu Kyi - a Nobel Peace Prize winner who has overseen the Rohingya crisis.

Even initiatives that seek to empower women, such as the Women Political Leaders, can be seen as disingenuous depending on who heads them.

The Council of Women leaders is the only network dedicated to women heads of state and governments but its founding chair, the first US female Secretary of State, Madeleine Albright, is also widely considered as a war criminal for her role on debilitating sanctions on Iraq and her knowledge, and negligence in Rwanda’s genocide.

Whilst the discussion on female leadership is tied to the increased or decreased occurrence of conflict, corruption has also defined female political careers.

This contrasts with Ellen Johnson Sirleaf of Liberia and Malawi’s Joyce Banda who vowed to tackle corruption in their respective countries and are seen as more representative of how women should be in power.

Hostile political climates have also been perpetuated by women successful in pushing extremist rhetoric into the political mainstream - a number of Europe’s most successful far-right politicians have been women: France’s Marine Le Pen, Siv Jensen of Norway, Frauke Petry of Germany and Denmark’s Pia Kjaersgaard.

According to a 2015 study carried out across 17 countries, women were less likely than men to vote for the “populist radical right”- not because they were against the ideology but because they were deterred by “political style, occasional association with historic violence, stigmatisation by parts of the elite and the general public.”

Depictions of female candidates that pander to gender norms can also work in favour of a radical right politician gaining popularity if she is seen as a softer option to a male power-hungry zealot despite her views being just as troublesome.

Others who have gained votes by pandering to feminist rhetoric, such as Sweden’s Margot Wallstrom in 2014 who declared she would pursue a “feminist foreign policy”, often fail to actualise election promises and advancing their female voters’ expectations.

Power politics is too complicated to reduce leaders to their gendered stereotypes and in the power seat the tendency of leaders to prioritise personal gain over collective progress doesn't stop when women are stakeholders. A

dvancement of women’s rights occurs when there is greater female representation but progress is arguably slow due to women in power positions bound or self-limiting in effecting meaningful change.

Where women can make a profound difference is when it comes to peace talks and conflict resolution - such as Liberia’s Leymah Gbowee who helped end the country’s 14 year civil war.

It simply cannot be ignored that despite expectations driven by perceived gender norms they can also be the ones responsible for perpetuating hostile policies and conflicts at the detriment to women’s empowerment and greater gender equality. 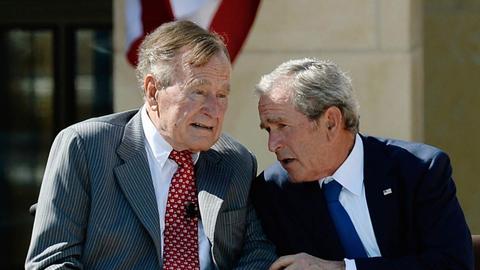